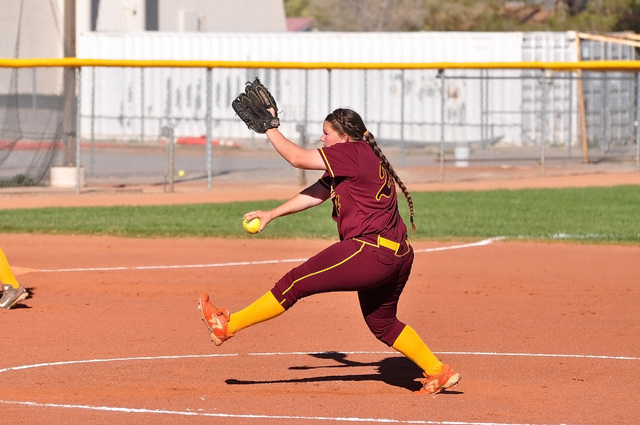 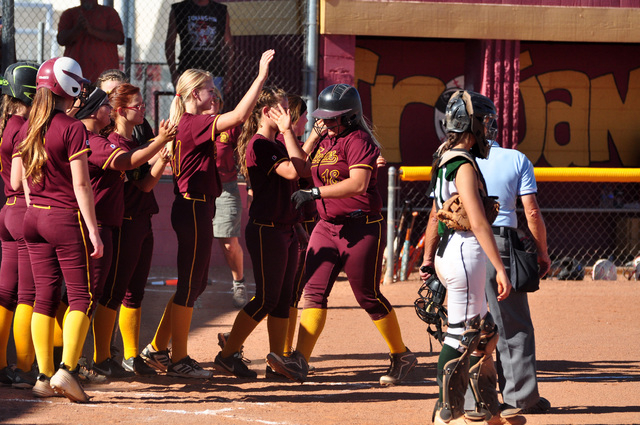 Editor’s Note: This article was written prior to Thursday’s game, which was after deadline. The softball team lost at Faith Lutheran 6-0, ending the season.

The girls softball team has beaten up on their opponents the last two games and have all their efforts turned to beating Faith Lutheran on Thursday (the game was past deadline).

Coach Armendariz said he has been nervous the past few games because the Trojans have to win their last three games to make the playoffs and this last game was number two.

“I always get butterflies before games that I know will be competitive,” he said. “I am really proud of the girls. Personally I feel bad because I didn’t find the correct pieces to this puzzle sooner. I put us outside looking in. I hope the girls can pick me up.”

In preparation for yesterday’s contest he said his girls worked hard on batting, because the last time the Trojans had met the Crusaders, they lost by one run, 7-6.

During the Mojave game the girls’ bats went to work early in the first inning. Lani Kaiwi got on first base on an error, then Maddison Hurley got a base hit and drove in the first run. Lauren Koenig then came up and hit a RBI single to bring in the second run and the Trojans were out in front with a one-run lead. This would really be all the runs the Trojans needed, but they got more in the third and fifth innings.

The Trojans got two more in the third off a two-run homer hit over the center field fence by Jordan Egan. After that the Trojans kept going and the team got two more before the inning was over.

In the fifth they got 5 more runs to end the contest by the 10-run rule.

If the Trojans win on Thursday, they will be the fourth seed team and then face the number one Sunrise team, Boulder City in the playoffs, which start on May 5.