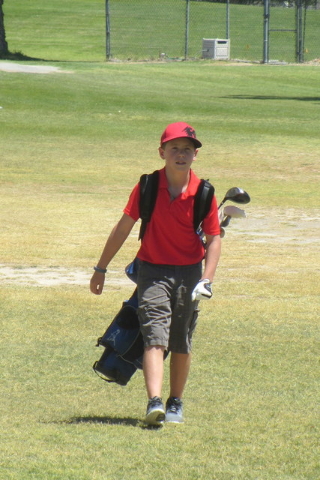 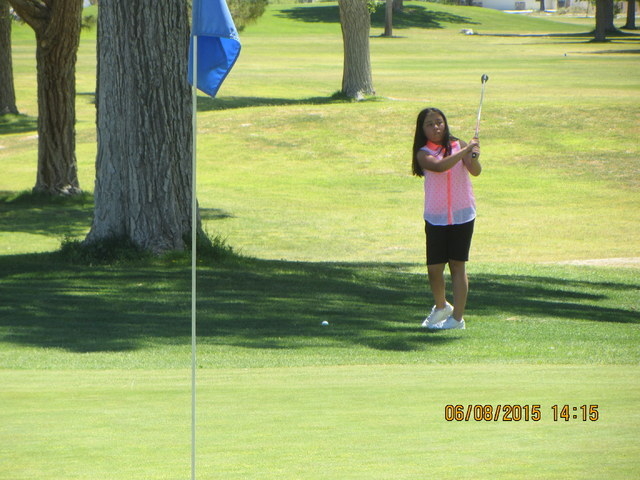 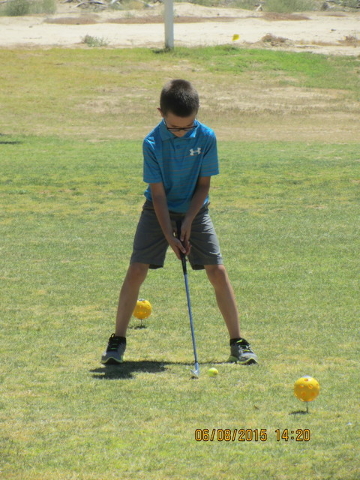 The Pahrump Valley Junior Golf program is in full swing and just finished its first tournament. The Monday tournaments will run until Aug. 2, which is the last tournament of the summer.

Trojans Coach Bob Hopkins has been spending his summer on the golf course helping with the junior golf and keeping his eye on some of his boys from the golf team.

“I really can’t say that I am keeping my eye out on the girls that will be on the team this fall because none of them are out here doing junior golf,” he said disappointed.

“It was disappointing to see only two girls from the Trojans golf team out there, Krista Toomer and Shelby Brown,” he said. “Golf starts in the fall for the girls and golfing all summer makes a huge difference in their game.”

He said girls golf is one sport where it’s easier than boys to pick up scholarships.

“You would think we would have more girls out here playing, trying to pick up a scholarship,” he said. “At this point, we are not looking good short term for the girls golf team, but long term we are looking a lot better for both teams because we had 30 something little boys and girls playing golf out there.”

Cox said the kids learn a lot from junior golf just by playing the game.

“We do the two clinics in the beginning of the summer,” he said. “And after that there is no coaching done for the older kids. I do try and help the kids 8 and under though.”

Hopkins was not all business though for he has some younger grandsons and a granddaughter who were out on the course having some summer fun. In the eight and under division, his grandson Caden Briscoe (41) took second place and in the 9-12 division his grandson Cameron also took second place (47). Granddaughter Shaniah Hopkins took third in the 9-12 girls division (57). Hopkins also had a a grandson in the high school division that carded a 71 to take third place.

Cox said the Hopkins family could have their own family golf tournament and the participation would be in the double digits.