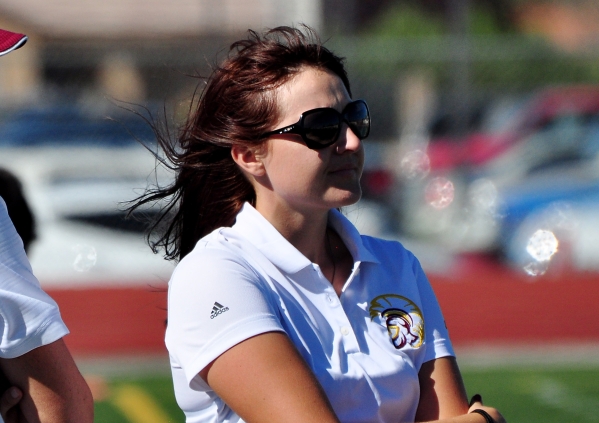 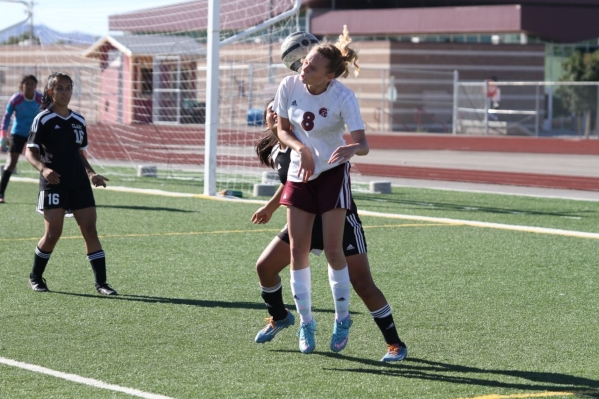 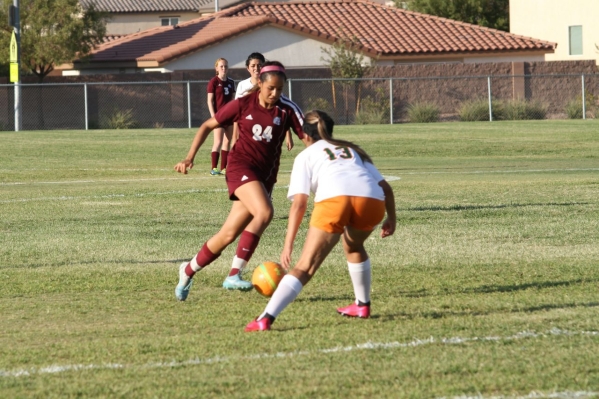 The Lady Trojans took charge of their season by beating the number one team in the Sunset League 4-3. This win comes off a loss to one of the worst teams in the league, Western.

Spring Valley (5-2 overall, 4-1 Sunset League) was undefeated in league until they played Pahrump. The Grizzlies had beaten Faith Lutheran, Cheyenne, Western and Sierra Vista before playing the Trojans.

This win changes everything for the Trojans (6-4, 3-2), for they were in danger of slipping into oblivion after losing to Western last week.

“It was a great game for us all around,” she said.

The coach named Madeline Pereira as the player of the game for her aggressive defensive play.

When asked how she turned things around, she replied, “It really is the girls,” the new coach said. “I have reminded them at practice that success starts and comes from effort, attitude and teamwork. They really pulled together yesterday and worked as a team the entire game. It was such an exciting win and the girls were elated.”

Many of the fans were surprised by the turnaround. One fan, who wanted to be nameless, said the reason why the girls responded so well to Kent is that she listened to them.

The Trojans know how to score and now they have to let loose to make the playoffs.

Kent is a kindergarten teacher at Floyd Elementary School. She was the assistant varsity coach last year for the girls and this is her first experiences with coaching. She is a third-year teacher and a graduate of California State University, Sacramento, where she earned her teaching degree.

“The girls are determined to do their best and they want to win these games,” she said. “I attribute our win on Tuesday to their determination, positive attitude and teamwork.”