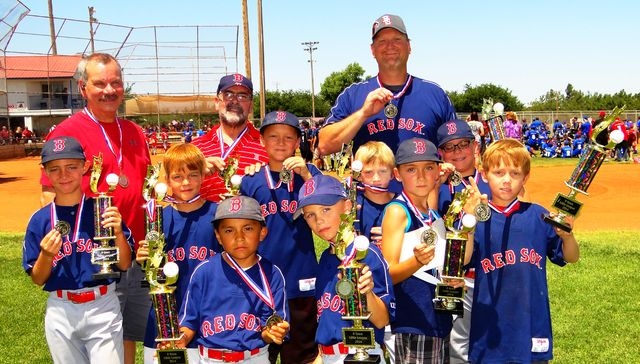 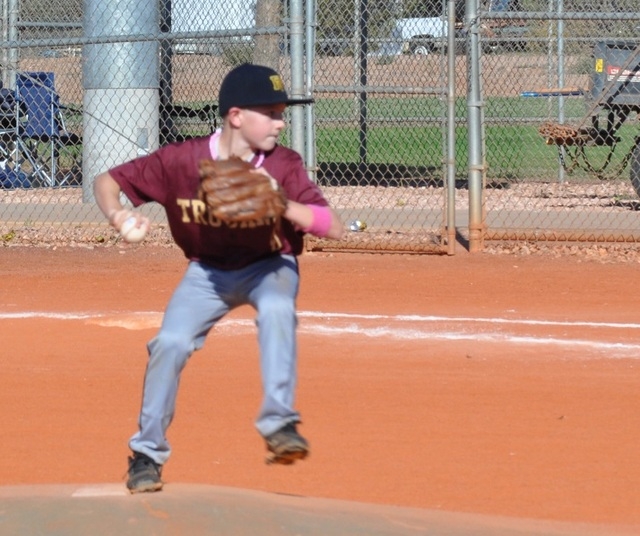 According to the Review-Journal, Mountain Ridge will play on Thursday at 4 p.m. PST against the Midwest champion from Rapid City, S.D., on ESPN2.

“It’s a once-in-a-lifetime experience and we have to find a way to get our parents and families back there by Wednesday night or Thursday morning,” Mountain Ridge Little League president Kristi Black told the Review-Journal last week.

According to Walker, the Pahrump Valley Little League is one step away from making it to the Western regionals in San Bernardino, but they have some minor problems to take care of. Walker made it clear that it would take better pitching to make it to the next step.

Little League Coach Hank Maglia said the kids need experience and they get that from travel ball. He doesn’t see them making the series quite yet. “You have teams in Las Vegas who play all year long. We had to play the younger Mountain Ridge team. As it turns out, the team we played was a year-round travel team. Our team was made up of the best players from our 7 to 11 year old teams. It was a definite unfair advantage as the other team was a travel team. Our team only practiced with each other for a week before we had to play,” Maglia said.

Little League Coach Craig Havel has a travel team that was formed so that when the kids went to high school ball they would be ready to play. Havel and his coaches started the travel team last year.

“Travel ball has a bad stigma out here. We want to make it a positive thing. I am not saying the kids need to play 183 games out of the year to be good. That would just consume a kid’s life. I am saying around 60-70 games and you accomplish the same thing. Our goal is to get the best ball players to Brian Hayes and his team, but to get to Williamsport, that will take a lot of travel ball. I agree with Walker, we need to start with pitching and the defense,” Havel said.

“Although it is somewhat surprising that a Las Vegas team has never been to the Little League World Series, when you look at the West Region (California, Arizona, Hawaii, Utah), it’s understandable. I think many of the “star” little leaguers are playing on travel squads and playing in tournaments over the summer rather than playing with their Little League teams. My experiences in California were, everyone played little league, and the majority of the all-stars played travel ball in either the fall or winter, or both,” he said.

Hayes said for Pahrump to make it to the Little League World Series would be a monumental task. He said, “Although it’s not likely to happen, honestly it depends on the talent level and commitment of the kids and the dedication of the parents. I know Pahrump is on the right track with two little league travel teams, and we are hoping to expand our American Legion program to both a silver and a bronze team next summer. Eventually, we hope to use our Little League program as a feeder program for our high school, with many of the fundamentals and concepts we teach at the high school level the same or similar to that of our Little League program.”

Hayes gave credit to the Little League travel squads in Pahrump. “I know Coach Havel and McDaniel have a committed group of kids playing travel ball at the youth level, and I’ve heard that there is a younger travel team that started this summer as well. The more our kids play the game, the more chances they have to hone their skills and master the fundamentals,” Hayes concluded.