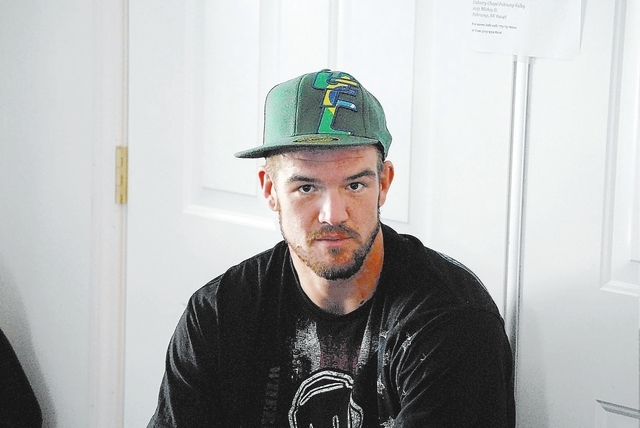 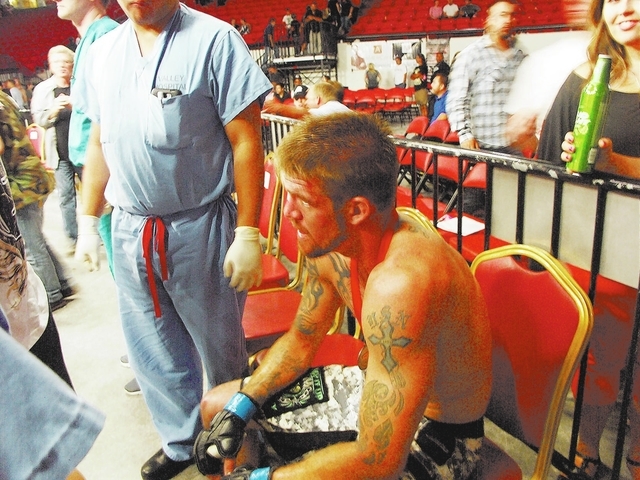 Since the times of the gladiators people have found entertainment in locking men in a cage and watching them fight to the death. Tuff-N-Uff and the UFC have found a classier way of exploiting this form of entertainment with an octagon and subtracting the “to the death” part. Fighters like Pahrump’s Brandon Schneider willingly lock themselves inside a cage with other talented and powerful fighters to see which of them is smarter on the ground and can take the biggest beating and still walk out of the ring.

Schneider fought on Saturday in an amateur fight through Tuff-N-Uff, an organization which helps amateur fighters get noticed. Schneider became the main event of the night fighting Cedric Terrell Smith.

“I am so excited. It’s the main event,” Schneider said before the fight, “I have trained so hard for this.”

Schneider has developed his skills under some prominent names out of the UFC.

“I have trained with Robert Drysdale, James McSweeney, Brad Tavares and a bunch of UFC guys. It’s been a whole different experience,” Schneider said.

Going into the fight, Schneider’s strategy against Smith was to take him to the ground and try to out grapple his opponent. In the first round Schneider was faring well against Smith, however, Smith continually had position over Schneider giving him the advantage.

“In the second round my coach told me to continue on the ground and try to wear him out,” Schneider said.

This strategy appeared to be working, however, the result was not what Schneider was expecting.

“Doing that just wore us both out,” Schneider said.

Smith took Schneider to the ground in all three 3-minute rounds. It was pretty obvious both men were getting winded toward the end of the third round. Smith, unfortunately, was just able to maintain better position on Schneider and out-wrestled him. Looking back on the loss based on the judge’s unanimous decision, Schneider would have done things differently.

Schneider had a positive outlook on his future, though. This loss was not as detrimental to his future as it was to his ego.

“Fortunately this record won’t carry over if I turn pro. I plan on fighting again at the end of the year. I have already fought four times this year. So I have been training really hard. I need some time to recover,” Schneider said.

After this loss, Schneider’s record is 2-2 in the 205-lb. weight class. By the end of the year Schneider plans on coming out with a different strategy.

“My coaches want to drop down to 185. I should be more powerful in that class, so that is what I am going to train to do,” Schneider said.

Schneider was undoubtedly disappointed in his loss to Smith, but has been nothing but grateful to his coaches, family, friends and community for their support of him.

“I just really want to thank Tuff-N-Uff and everyone who helped me get this opportunity. And a special thank you to Robert Wilson and Brian Thelaner and their families for everything they have done for me at Mix It Up Academy,” Schneider said.

There is no doubt that Schneider is a true fighter in every sense of the word.