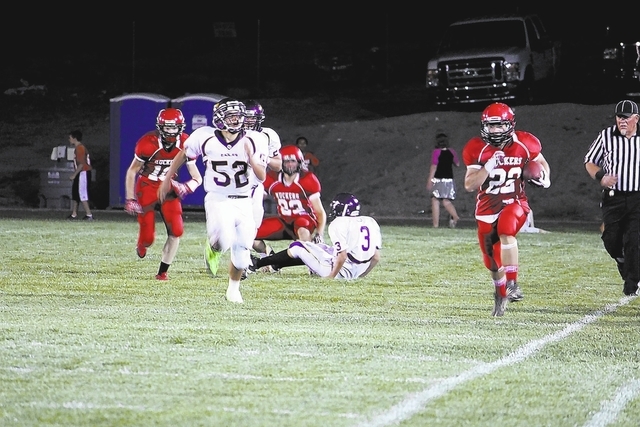 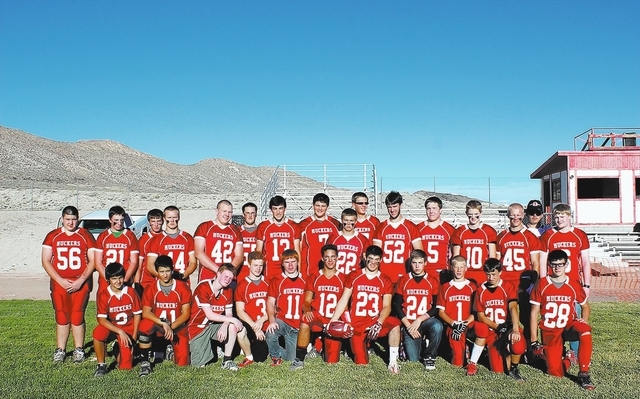 The Tonopah Muckers football team moved to 1-1 as they pummeled Lone Pine 65-46 at home. The Muckers lead running back, Matt Misener, ran for 195 yards on 10 carries and three touchdowns.

Overall the Muckers had 530 yards rushing with three backs over 100 yards. Jeb Ayers had 127 yards on nine carries and Jason Carman had 125 yards on 12 carries. The Muckers took out their frustrations from losing the opener to Indian Springs on Lone Pine.

Muckers Coach Duffy Otteson still believes his team has some improving to do before conference starts.

“We still need to work on mental mistakes, clear up our penalties and get the snaps down. We had a team loss of 64 yards because of quarterback and center exchanges on the snap in our last game. We also had 16 penalties on us. We have a lot of things to get fixed before we go play Carlin this week,” he said.

On defense, TJ Ayers led the team in tackles and Connor Friel and Tyler Gallegos both came up with interceptions.

This weeks game against Carlin is away. Otteson believes his team has its hands full this week. His opponent has a very sound football team this year.