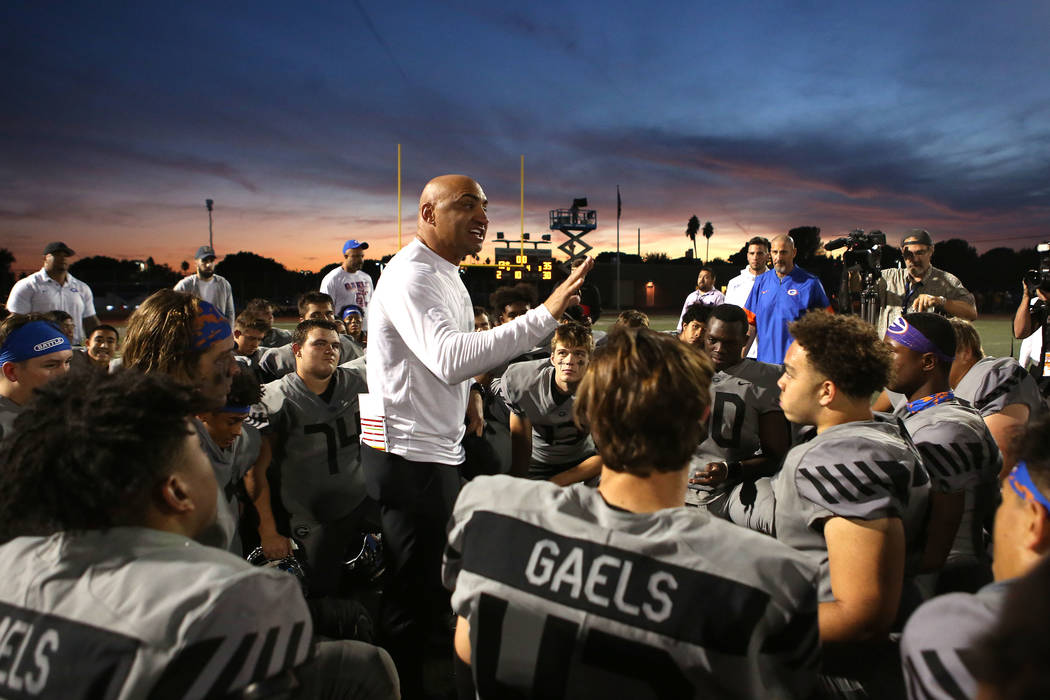 The Nevada Interscholastic Activities Association this week was set to gather a recommendation to make to the board of control on Jan. 17 involving details of a Class 5A for high school sports.

That would include that it will be a Southern Nevada-only league, with the current Class 4A Northern Region remaining in 4A.

The new system of classification would go into effect for the 2018-19 school year.

“The next goal of the realignment committee is to balance the number of schools in each classification,” NIAA assistant director Donnie Nelson said. “The idea is once we get to state, there is equal representation.”

No changes were announced for schools in Nye County such as Pahrump Valley, Tonopah, Beatty, Round Mountain and Gabbs.

“Pahrump Valley (High School) is already protected to stay in the 3A based on enrollment,” he said. “The others are not 3A, 4A or 5A schools.”

Earlier, in speaking with the Las Vegas Review-Journal, Nelson stressed 5A was not created as a means for schools to avoid playing Bishop Gorman in football.

The NIAA wants to have the same number of schools in each region of classes that include teams from the north and south. But because Southern Nevada has so many more teams, it was inevitable for one of the leagues to be only Las Vegas-area schools. Fourteen to 18 schools are expected to join 5A.

Northern Nevada schools were given the option of joining the top Southern Nevada teams in 5A, or remaining in 4A, and voted 9-2 to remain in 4A.

“I don’t know why the reason is, other than Reno is soft.”

The two schools that voted to join 5A were Bishop Manogue and Reed, which has won six region titles in the past seven years. Along with this past Saturday, Reed lost to Gorman in the 2014 and 2011 state title games.

“We were trying to get everyone to want to stay up and compete against the best,” first-year Reed coach Tony Amantia said. “If that’s the way the majority of people want it up here, that’s the way we have to go.”