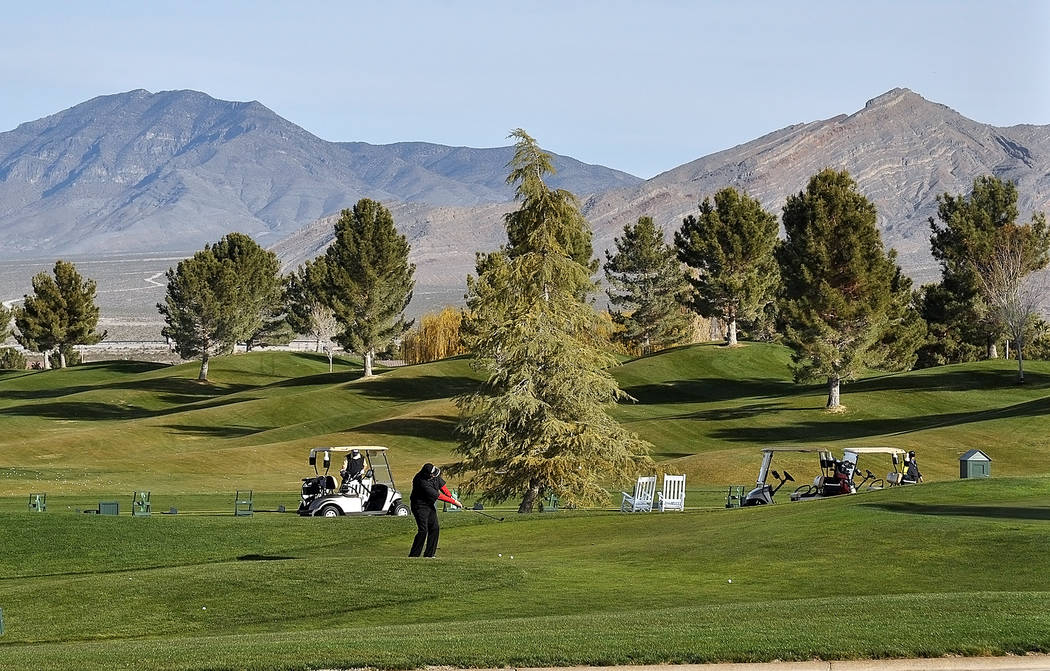 Victims of domestic violence and sexual assault can reach out to Nevada Outreach’s No To Abuse program for assistance. On Saturday, golfers and Mountain Falls Golf Course will provide assistance for No To Abuse.

For the second consecutive year, Mountain Falls will host the No To Abuse Golf Tournament, something Nevada Outreach Executive Director Salli Kerr hopes to make an annual tournament.

“This is one our biggest fundraisers,” said Kerr, in her third year as executive director. “Last year I want to say it was around $9,000.”

Kerr said the 2017 tournament had a full field of 72 golfers, four for each hole. The format is four-man scramble, but there will be other prizes as well, said tournament coordinator Brian Gladd.

“There is a longest-drive contest, a closest-to-the-pin contest, and last year we had a prize for a hole-in-one, and we’re working on doing that again,” Gladd said.

Kerr is grateful for the role the golf course plays in the tournament.

“Mountain Falls is fantastic,” she said. “First of all they have an outstanding golf pro, so Randy (Mudge) does a great job knowing how to make us look good. Randy just makes people shine. And of course their food and their facility is just very nice. Mountain Falls just has a way of making people look like we know what we’re doing.”

Then there is the course itself.

“It’s an awesome course,” Gladd said. “Just a beautiful golf course. We’re very fortunate to have something that nice here in Pahrump.”

Gladd was not sure how many golfers have signed up to participate in the tournament at a cost of $100 per player, which includes continental breakfast and lunch.

“Everybody waits until the last minute, but I’m predicting that we’ll have about 72 like we had last year,” Gladd said.

The money raised will help No To Abuse, an organization based in Pahrump since 1995 that serves Nye and Esmeralda counties.

“We average about 175 new clients a year,” Kerr said. “That’s for anything related to domestic violence and sexual abuse. We provide services right from sending an advocate to the scene.”

And it does not stop there. No To Abuse can assist clients with temporary protection orders, dealing with the sheriff’s and district attorney’s offices, emergency housing and shelter, transportation and relocation and referrals to counseling and mental health services, among other needs.

As the population of Pahrump has grown, the need for No To Abuse’s services has grown exponentially.

“I think people are probably better at reporting,” Kerr said. “And as people have learned what our services are and see us providing them well, they are more likely to make referrals.”

Thus, more help is needed, and Kerr said her organization is seeking volunteers.

“We want to build a volunteer base for the crisis line,” she said. “We maintain a 24/7 crisis hotline. We always need people. It would include some training, and it can be for as little or as much as someone wants. It might only be two days a month, but it’s hugely important. Our advocates need a break from being on call all of the time.”

Those wishing to volunteer can contact Kerr at 775-751-1118. Golfers wishing to participate in the tournament can call Kerr or Gladd at 702-210-7991. Registration will begin at 8 a.m. Saturday, with a shotgun start at 9 a.m. and lunch and prizes tentatively slated for 2 p.m.