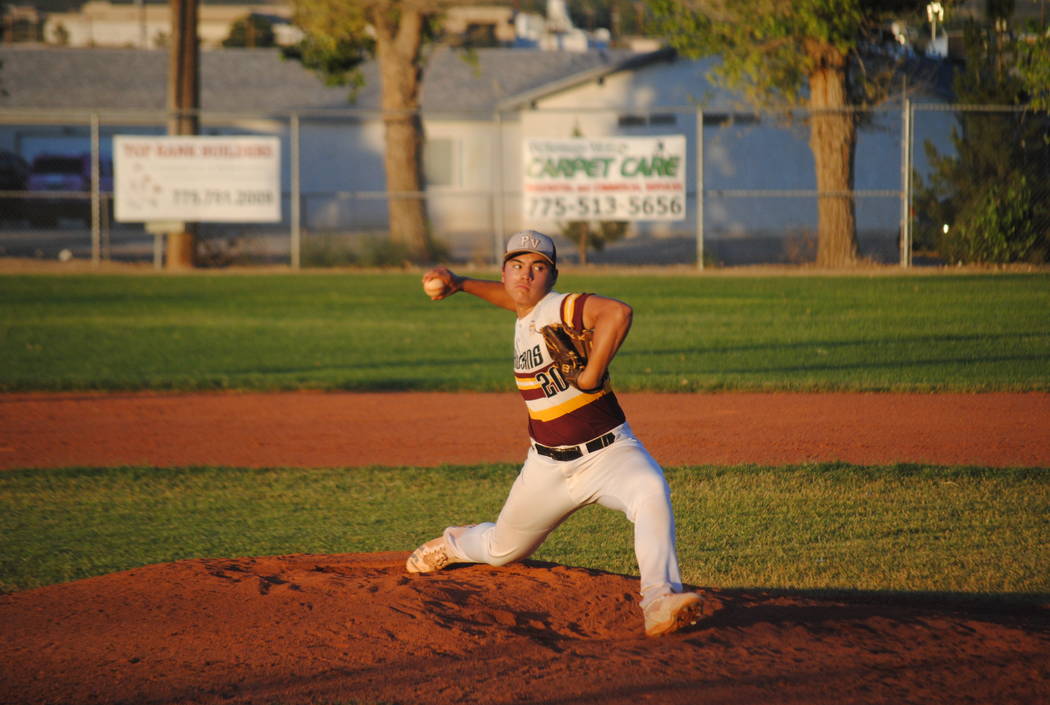 Charlotte Uyeno/Pahrump Valley Times Ian McRae gets the chance to pitch some games for the Connie Mack 16U Trojans against the Summerlin Panthers. He normally plays second base. In this game the Trojans won one game 10-0 and lost one 8-4. 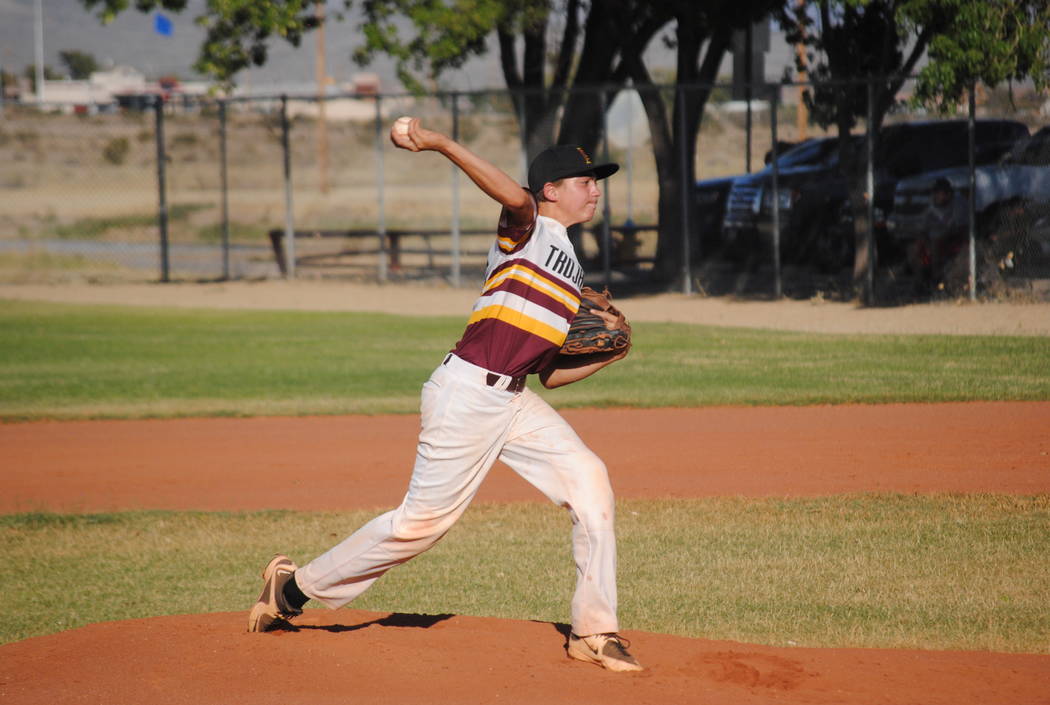 Charlotte Uyeno/Pahrump Valley Times Jakob Feiner pitching against the Summerlin Panthers on June 21. The Trojans split the doubleheader. The Trojans are in first place and are 9-4 going into the last two weeks of the season. 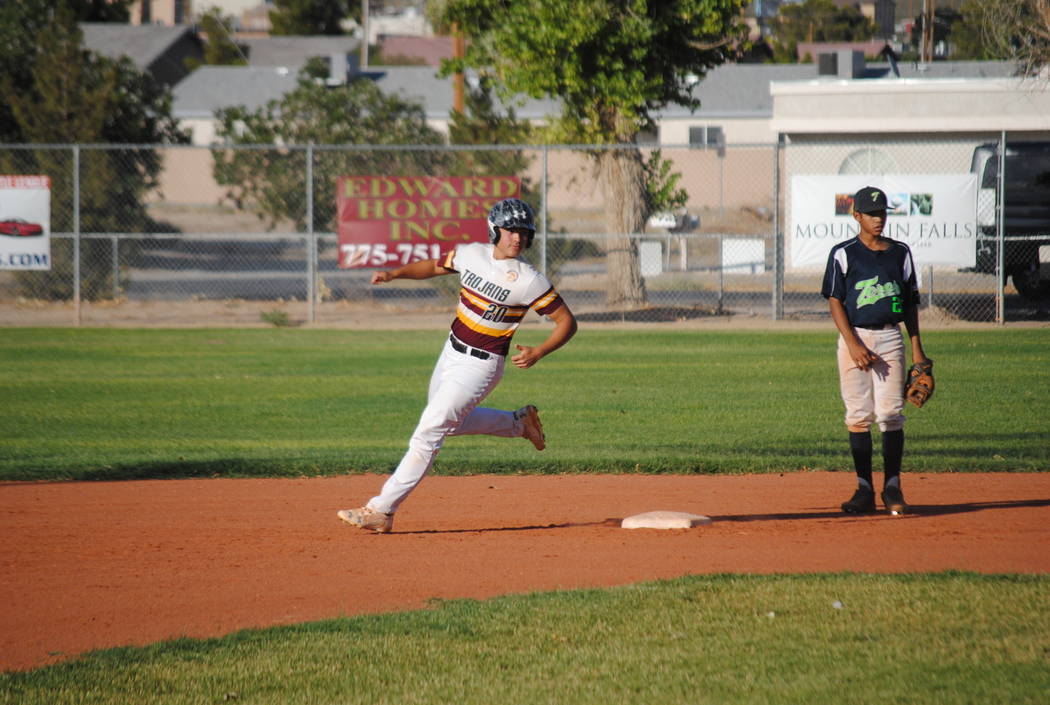 Charlotte Uyeno/Pahrump Valley Times Ian McRae gets a stolen base against the Panthers. The Trojans came up with at least one win in the double 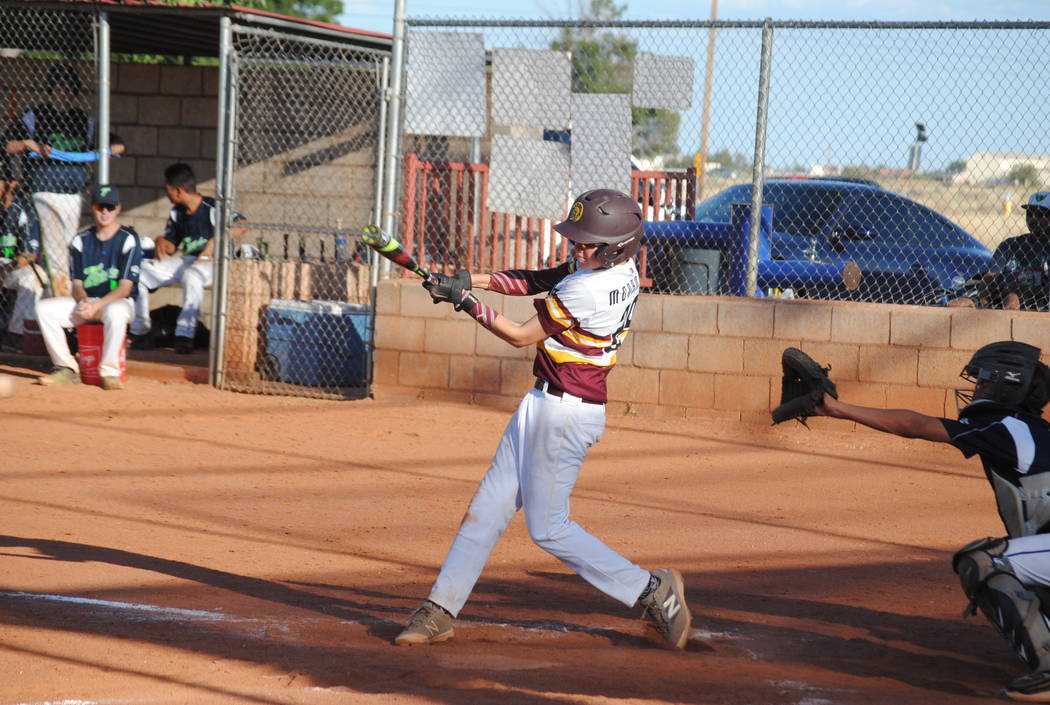 The Connie Mack summer season is winding down with the Trojans 16U (16 and under) team still in first place at 9-4.

The Trojans lost their last game 15-5 against the Wildcats at Las Vegas but on June 24 swept a doubleheader at home against the Dragons 14-7 and 10-0.

Then on June 21, the Trojans played at home and split a doubleheader with the Summerlin Panthers, winning 10-0 and losing 8-4.

The 16U team is to play today in Las Vegas against the Faith Lutheran Crusaders at 5 p.m. The next game for the 14U team is scheduled for Foothill at 5:30 p.m. in Las Vegas on July 6.

Both teams play through July 15.