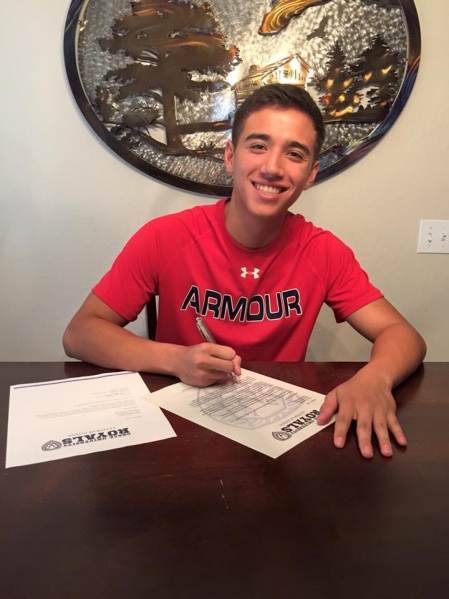 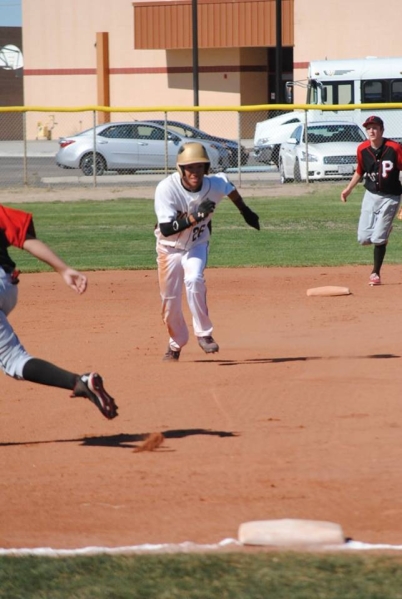 On Aug. 19 Grace University in Omaha, Nebraska signed Joshua Mortensen to play for their baseball team in the 2016 season.

Mortensen, also known as “Yoshi” in high school, has been in Nebraska for a week now and will be starting his freshman orientation at the end of this week. He pitched and played shortstop for the Trojans.

“It’s green and very different than Pahrump,” he said. “I am happy to be in a new environment and it will be a whole new experience for me.”

Mortensen said the university was a perfect fit for him and he believes the school has great academics.

“I was planning on attending UNLV in the fall when two weeks ago I got a call from the school and now I get to extend my baseball career.”

The former Trojan said he will be majoring in business administration.

His new coach Kim Karabatsos signed him for his speed.

“With his versatility and speed, Josh adds a new dimension to our program,” Karabatsos said.

“He’s the fastest kid I’ve coached or played with during my career, and he has that one tangible speed,” Hayes said. “In baseball, speed doesn’t slump. His speed will keep him on the field for his defense, and will help him prolong tough spells at the plate. We are excited to watch yet another player from our high

school program continue playing at the next level, and we wish Yoshi the best of luck in his pursuit of higher education.”

During his senior year Mortensen batted .361 (39-108) with 41 runs scored, 20 RBIs, and led all Nevada Division 1-A players with 41 stolen bases in 46 attempts. On the mound, he posted a 5-3 record with a 2.79 earned-run average, nine complete games, three saves and struck out 36 and walked 13 in 57-2/3 innings. His conference honored with All-Southern Nevada Region Division 1-A second team and All-Sunset League first team recognition and was named the team’s Most Valuable Player and won his team’s Cy Young Award as best pitcher.