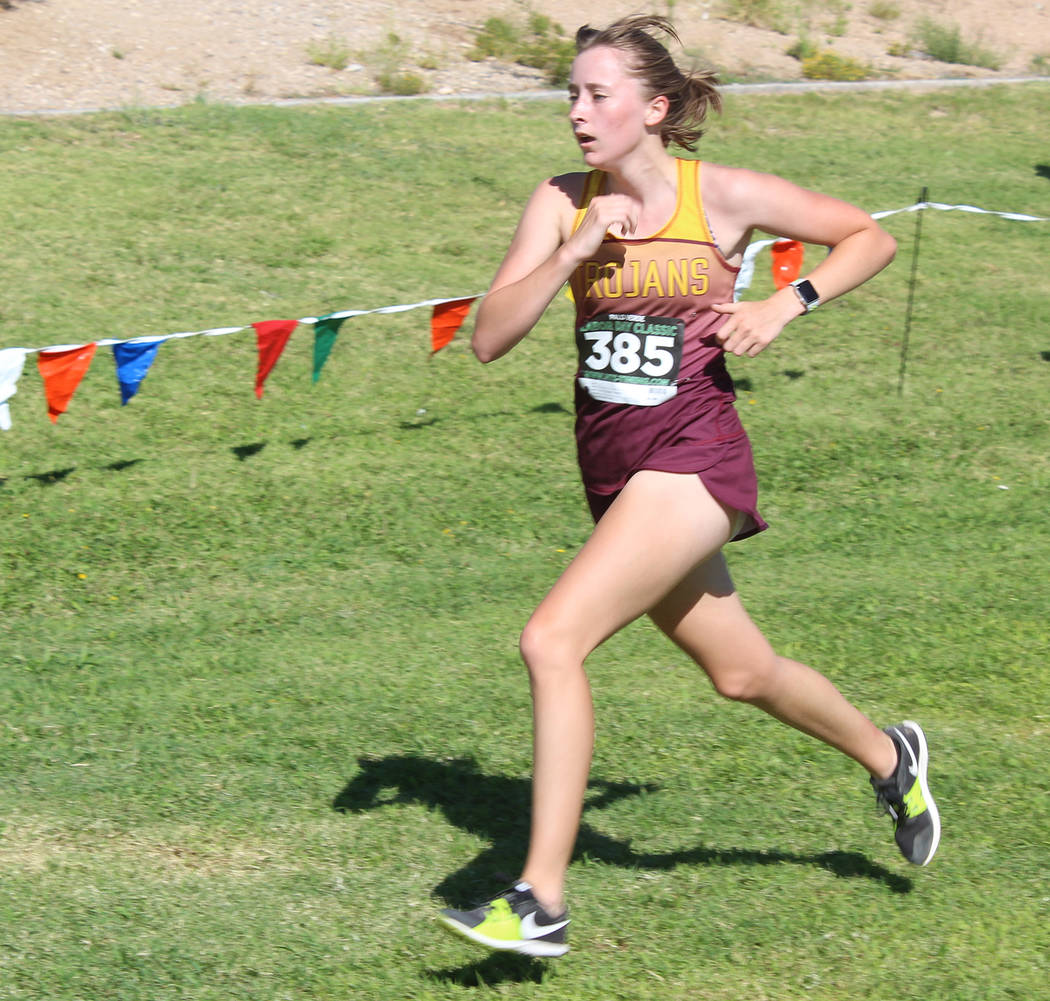 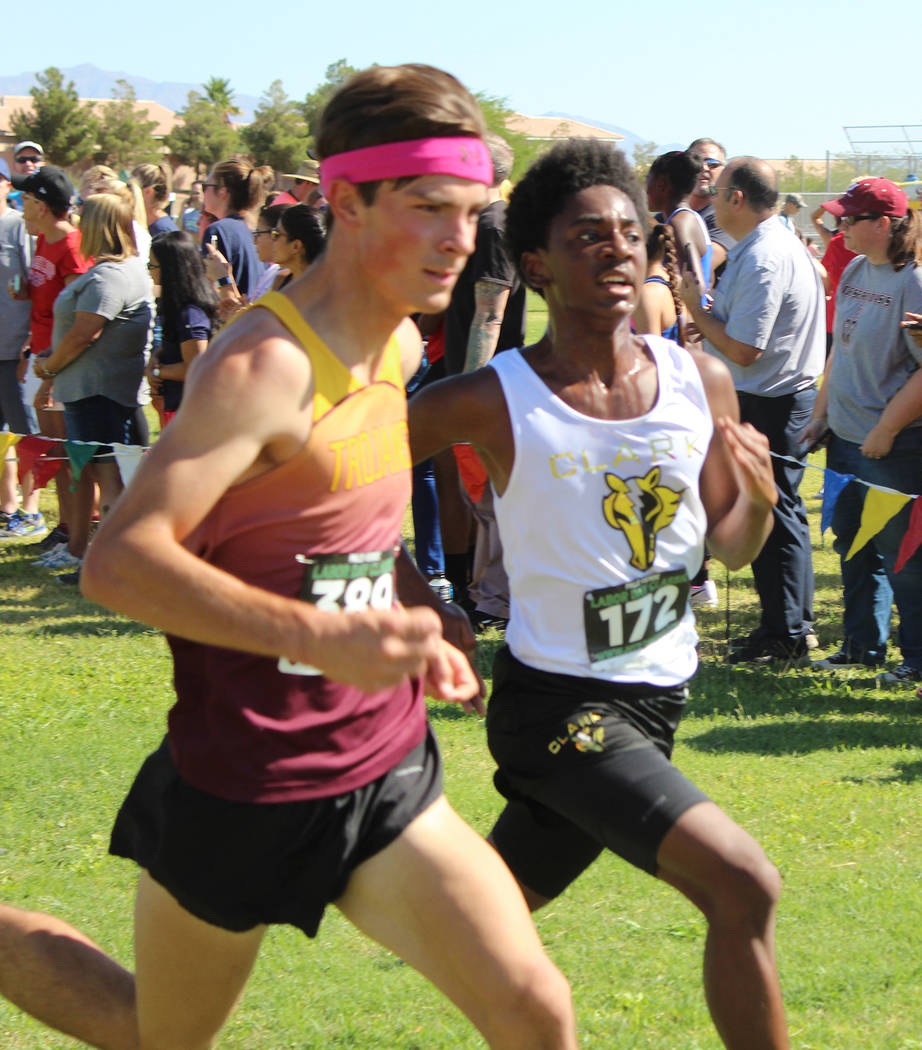 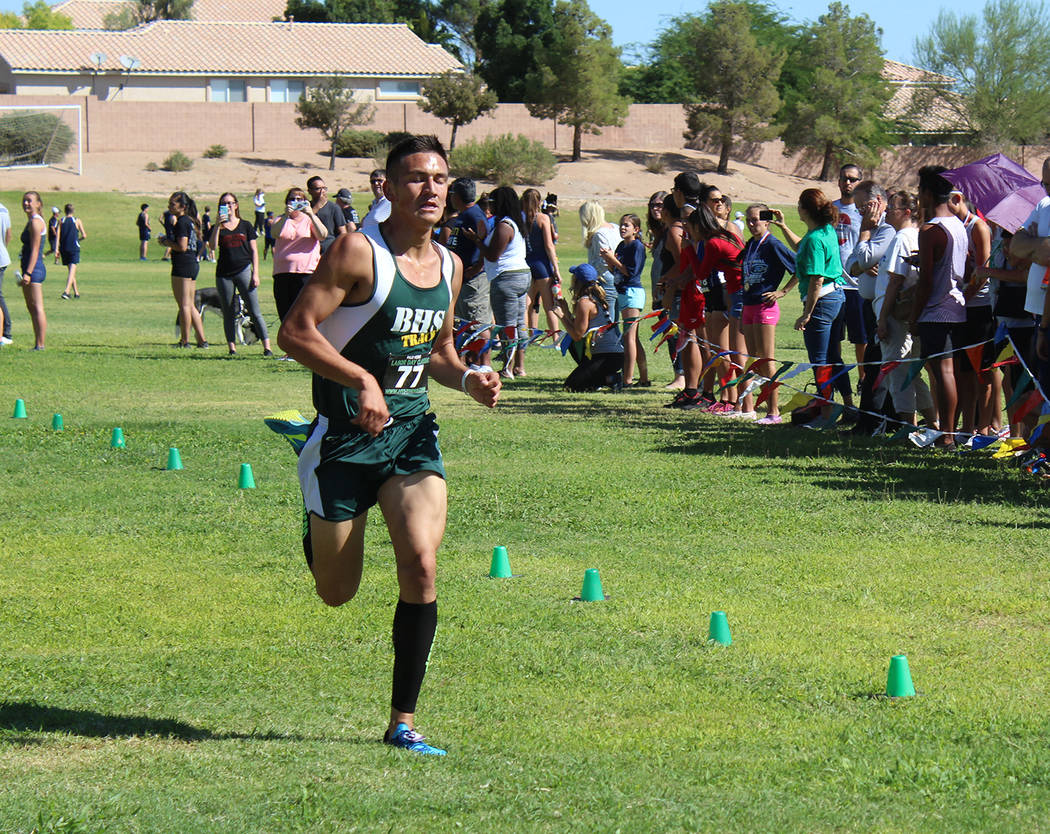 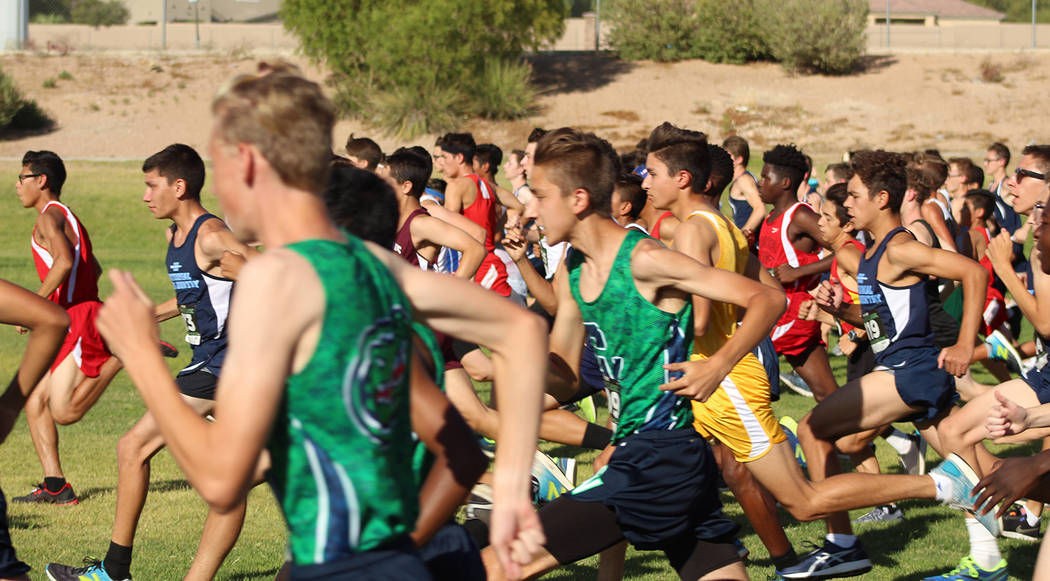 Tom Rysinski/Pahrump Valley Times A field of 133 runners breaks from the starting line of the boys freshman/sophomore race during the Labor Day Classic cross-country race at Palo Verde High School in Las Vegas. 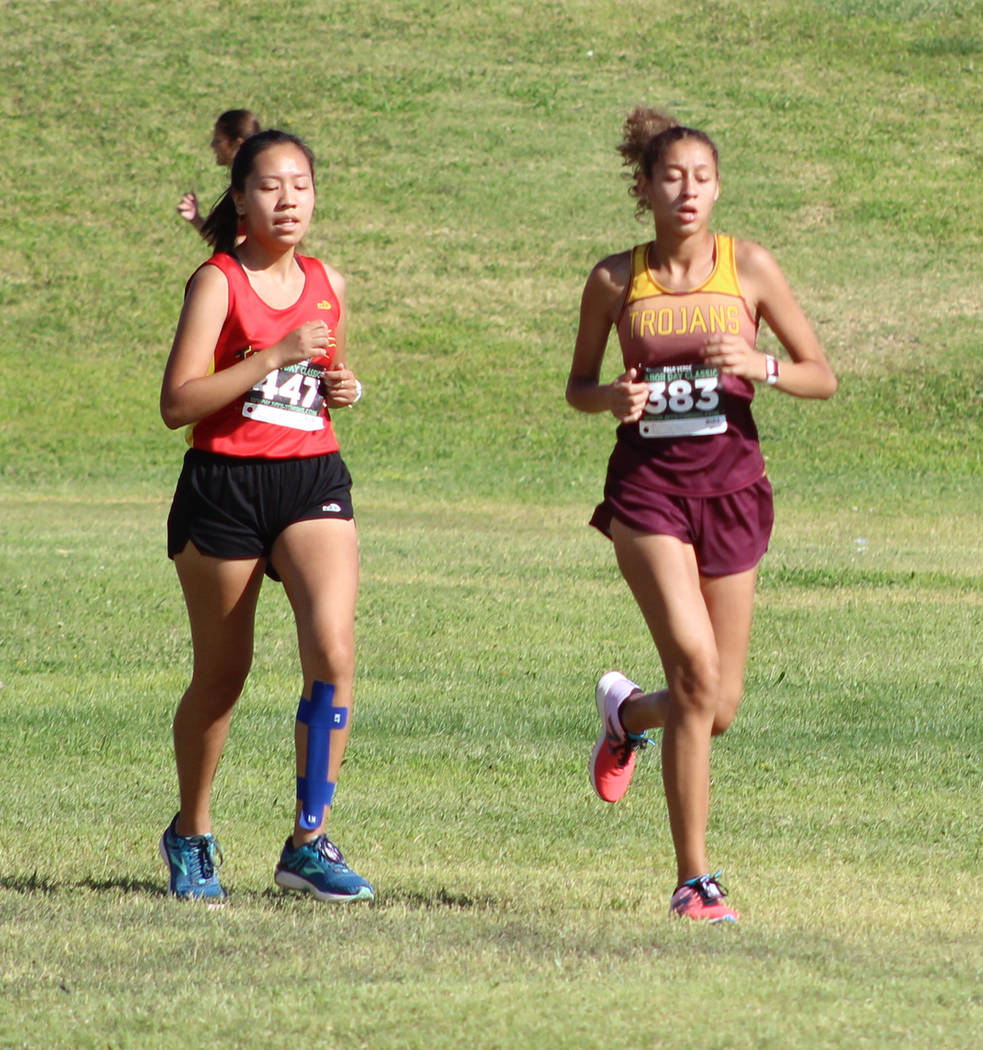 Pahrump Valley High School’s boys cross-country team has a very different look this season. Three runners who finished in the top 12 at the Class 3A Southern Regional championships a year ago were seniors, leaving some very big shoes to fill.

But patience is a virtue in a sport in which you spend the regular season preparing for the postseason, and the Trojans didn’t exactly start the new season with a bare cupboard.

The Trojans finished 10th in the junior/senior race Saturday in the Labor Day Classic at Palo Verde High School in Las Vegas, but much of the competition came from larger schools they will not see in the postseason. In fact, all but two of the 16 competitors who finished ahead of Pahrump Valley’s top runner, junior Michael Sonerholm with a time of 18 minutes, 24 seconds, are from Class 4A schools.

Moreover, all nine teams that finished ahead of the Trojans in the team scores are Class 4A schools.

“The competition is pretty high, most of them are the bigger schools and they’ve got some pretty good teams out there,” Pahrump Valley coach Matt Kolodzieczyk said. “Smaller schools usually struggle in these types of meets, but it’s good for us to see where we stand among them.”

They stood fairly well Saturday, with three other Trojans finishing in the top third of the 164-runner field. Senior Jacob Cipollini placed 34th in 19:13, junior Grant Odegard finished 46th in 19:47, and junior Brandon Ruud’s 19:54 was good for 51st.

Almost bettering all three of them was freshman Seth Sonerholm, whose time of 19:15 was good for 12th in the freshman/sophomore race.

“A couple of our guys got medals,” Kolodzieczyk said. “In the early races, we’re just kind of testing the waters and trying to see how we’re going to gauge ourselves against the bigger teams and other opponents. It’s just kind of a competitive practice for us.”

“I probably didn’t run my best, but it felt pretty nice running on this, the grass, dirt, the mixed terrain, it felt pretty nice,” said Granados, who finished in 18:08 after winning his debut race, the 3,072-meter newcomer boys event at the Red Rock Running Company Invitational at Floyd Lamb Park. “The first course we didn’t run on grass. We ran on dirt and pavement.”

Like Granados, Pahrump Valley sophomore Patricia Roundy is new to the trails. She ran track for the Trojans as a freshman, but she didn’t compete in anything longer than 400 meters.

“It’s way different. I don’t how I do it,” she said after Saturday’s race. “I’ll be going, and I’m like I just want to walk, but I keep going and I just feel like I’m going to die.”

Roundy remained alive throughout the 5,000-meter course at Palo Verde High School, finishing 36th in the freshman/sophomore race with a time of 25:21.

“Our girls did well,” Kolodzieczyk said. “Not everyone was able to run today. Some of our runners had fast starts, too fast, so we’ve got to kind of work on that. They’re learning. A lot of them are new.”

Senior Katherine Goodman was the Trojans’ top finisher in the junior/senior race, placing 38th in 24:38. Junior Diamond Sonerholm was 66th in 26:42, and junior Nrsringa Breathwaite finished 75th in 27:19. The race drew 102 entrants.

Freshman Beverly Roundy also competed in the the freshman/sophomore race, finishing in 32:25.

Next up for the Trojans is the Larry Burgess Las Vegas Invitational on Sept. 8 at Sunset Park in Las Vegas. Pahrump Valley will get a better look at its postseason competition, as eight other Class 3A Southern teams are scheduled to be there.