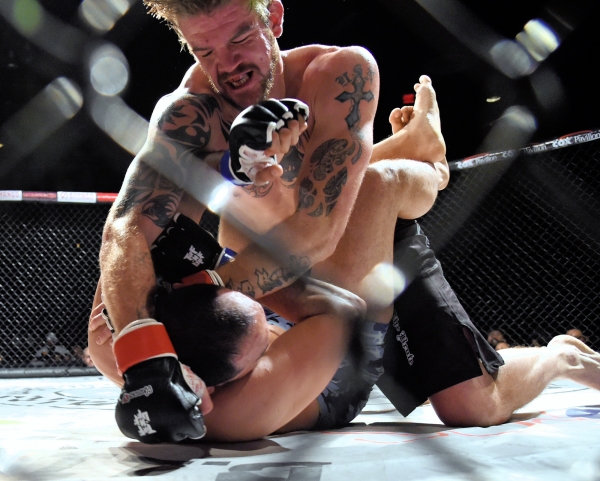 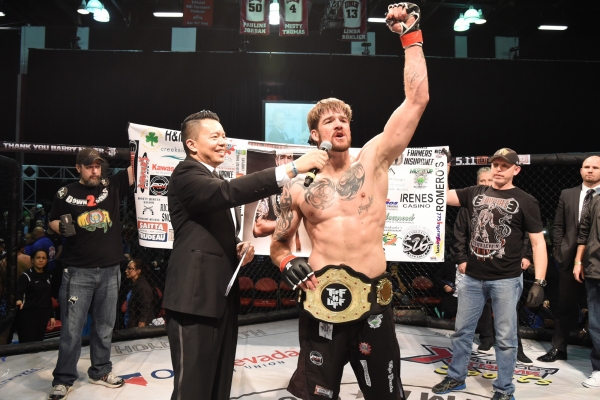 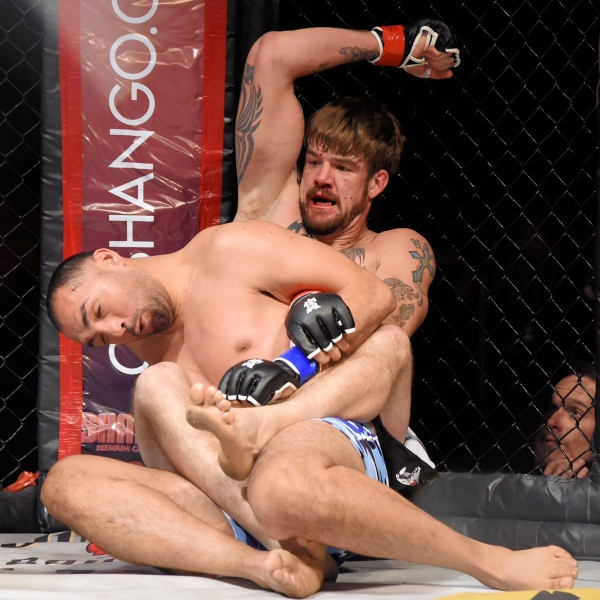 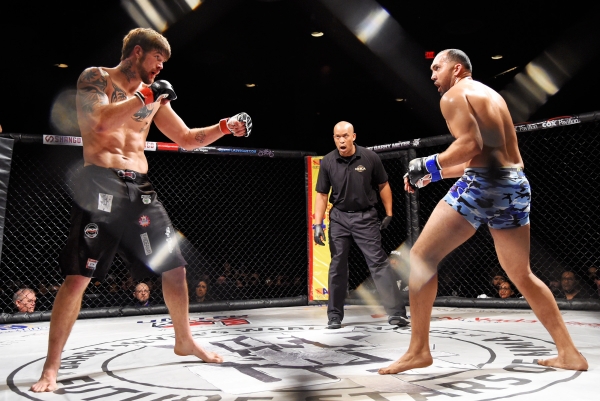 Schneider stopped challenger Lee Cordova at 2 minutes, 23 seconds of the second round at the Cox Pavilion. The fight was the top bout on the card for the amateur Tuff-N-Nuff promotion.

Schneider (5-3) said he just followed his game plan and never deviated from it.

“Cordova tried to sucker me into his game plan early on in the fight with the taunting,” Schneider said. “I had the reach advantage and I just stayed away from his punches until he got me in the mouth. I then reacted quickly to that and sprung back up.”

Cordova (4-4) came out with a little Mohammad Ali showmanship, smiling at Schneider and signaling with his hands for Schneider to come inside. He did that several times with little or no reaction from Schneider who just followed his coach’s game plan.

Then late in the first round, Cordova caught Schneider with a punch, bloodying his lip. Not much else happened in the first.

Schneider said he had an opportunity to take Cordova out prior to his ground and pound.

“I could have choked him out, but I wanted to control him and then I wanted him to pay for what he had done in the first round,” the champion said. “I wanted this guy to remember my name.”

Schneider said when he got on top and started punching Cordova he knew he wouldn’t last much longer.

Schneider’s father, Andy Schneider, had no doubts on the outcome and really thought nothing of Cordova’s efforts in the first round.

“I really didn’t think much of Cordova’s taunting,” Andy Schneider said. “That’s all it was, was taunting. People just really want to get into your mind. Everybody tries that. I think the fight went like I thought it would. Once he got in there and started fighting, he told me how he had been working on his stand-up. It really showed.”

Schneider’s father praised his son’s coaches for their great preparation.

“His coaches did a really good job there,” Andy Schneider said. “He had a good takedown and good ground and pound. I love my son and I am proud of him.”

Cordova’s first-round efforts didn’t impress either his longtime coach Brian Thelaner or one of his new coaches, John Watkins.

“He really never had me worried,” Thelaner said. “He got hit once. That was a wake-up call on that one, and as you can see he then took him to the ground. The guy had no ground game.

We emphasize control first. We get control and then we worry about everything else. Arm bars, submissions, punches and at that point, once you get control the guy has to fight to get out of there.”

Watkins said he thought his fighter was going to win from the onset of the fight.

“I didn’t think it was going to be that much of a struggle,” Watkins said. “He did get hurt. I think if he just went out and beat this guy easy he wouldn’t have looked so good. If you are looking to turn pro you have to go through adversity. That’s what he did. He got hurt tonight, came back up and won the fight.”

Brandon Schneider said he might have a few more amateur fights.

On June 25 will be Pack the Mack at the Thomas and Mack Arena in Las Vegas. This year all the winners will be given a professional contract with Pancrase, a Japanese based professional MMA organization.

“I want to fight at the Mack and I also want to work to bring a fight to Pahrump,” Schneider said.

The fighter said bringing an MMA fight to Pahrump will be a main focus of his.