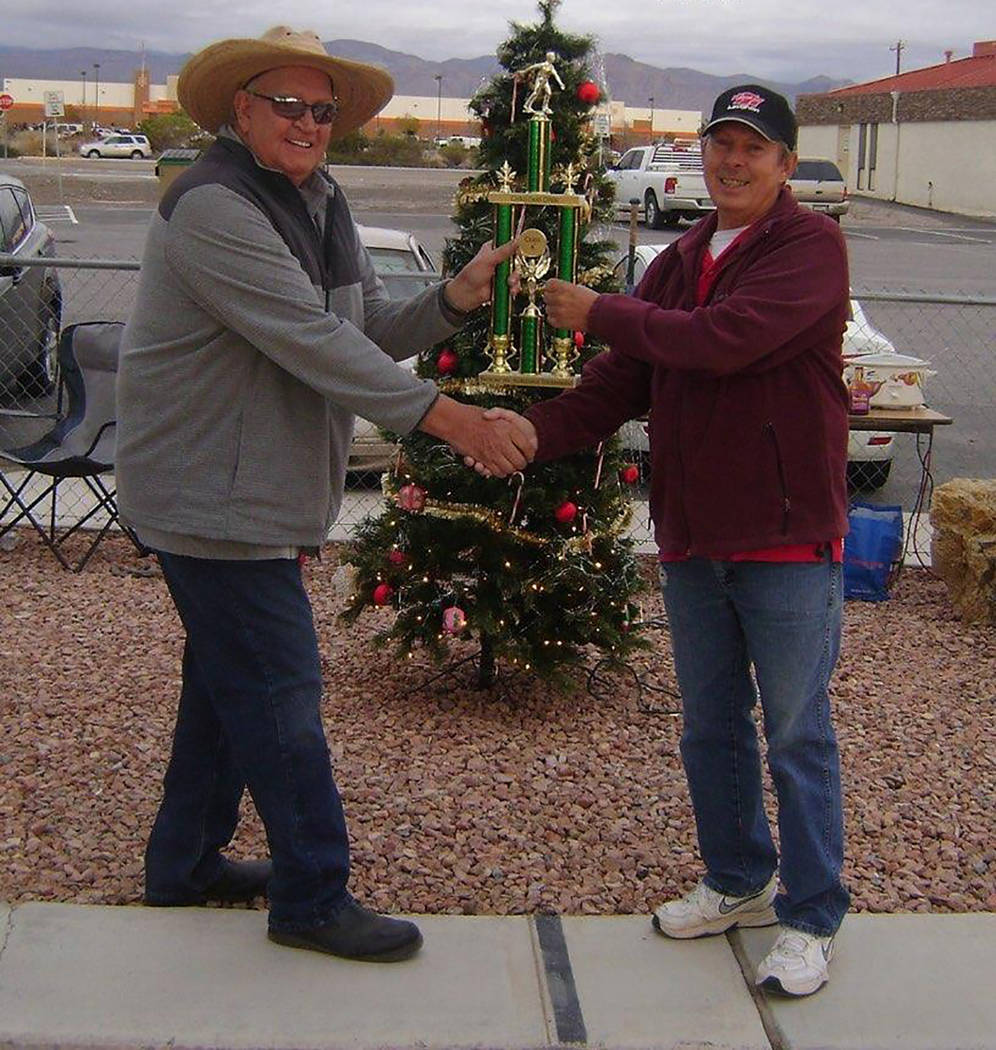 Mike Norton/Special to the Pahrump Valley Times Dennis Andersen, left, hands the first-place trophy to Bob Swain of Bullhead City, Arizona, after Swain won the A Division of the Christmas Tree Open at Petrack Park in Pahrump. Swain earned $125 with the victory. 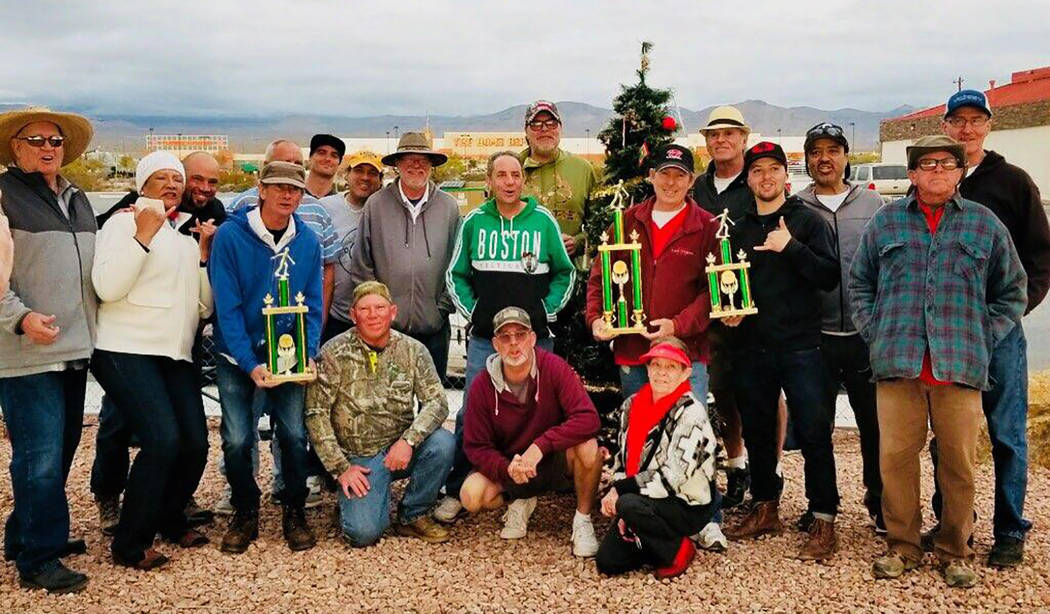 Kim Dilger/Special to the Pahrump Valley Times Participants gather after the Christmas Tree Open horseshoes tournament Saturday at Petrack Park in Pahrump. Prize money, which went to the top three pitchers in each of three divisions, totaled $750, and there was almost $1,000 in raffle prizes at the tournament.

Dilger said the tournament included more than $800 in prize money and almost $1,000 in raffle prizes thanks to a long list of sponsors.

“I also would like to thank Dave and Cindy Barefield for the delicious barbecue lunch they provided,” Dilger said. There’s always food at horseshoes tournaments at Petrack Park.

Swain, Salzwimmer and Lopez pocketed $125 each for winning their divisions. In the A division, Mark Kaczmarek of Pahrump took second and earned $75, while Dilger finished third to win $50. Pahrump’s Mike Nicosia and Dave Barefield finished second and third, respectively, in B Division, while Steve Lopez of Kingman, Arizona, finished second and newcomer Mike Dedeic of Pahrump finished third in C Division. Prize money for each place was the same across the three divisions.

“We had 17 players, one from Boulder City, two from Kingman, two from Vegas and two from Bullhead City,” said Dilger, who noted that tournament champion Swain’s wife, Sue, also was a big winner, winning $9,000 at the Pahrump Nugget.