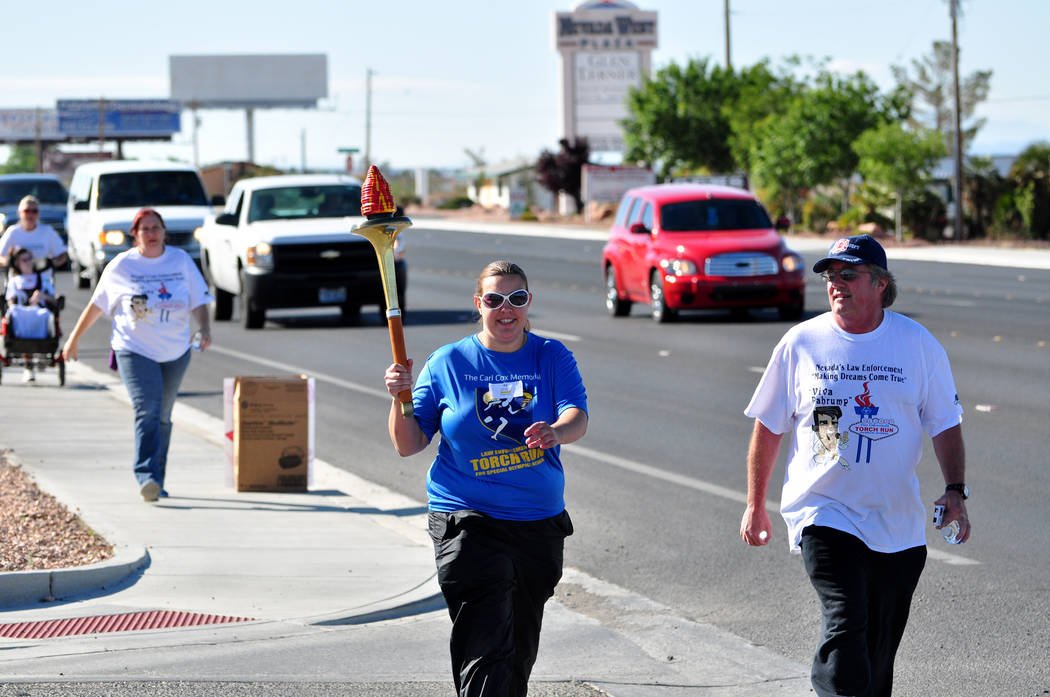 Deputies from the Nye County Sheriff’s Office will join Special Olympics athletes to run the Flame of Hope through Pahrump, organizers said.

The event is to begin at 8 a.m. with a torch lighting ceremony at the Nye County Government Center near Calvada Boulevard.

The run then is scheduled to continue east on Nevada Highway 160 to end at 1520 E. Basin Ave.