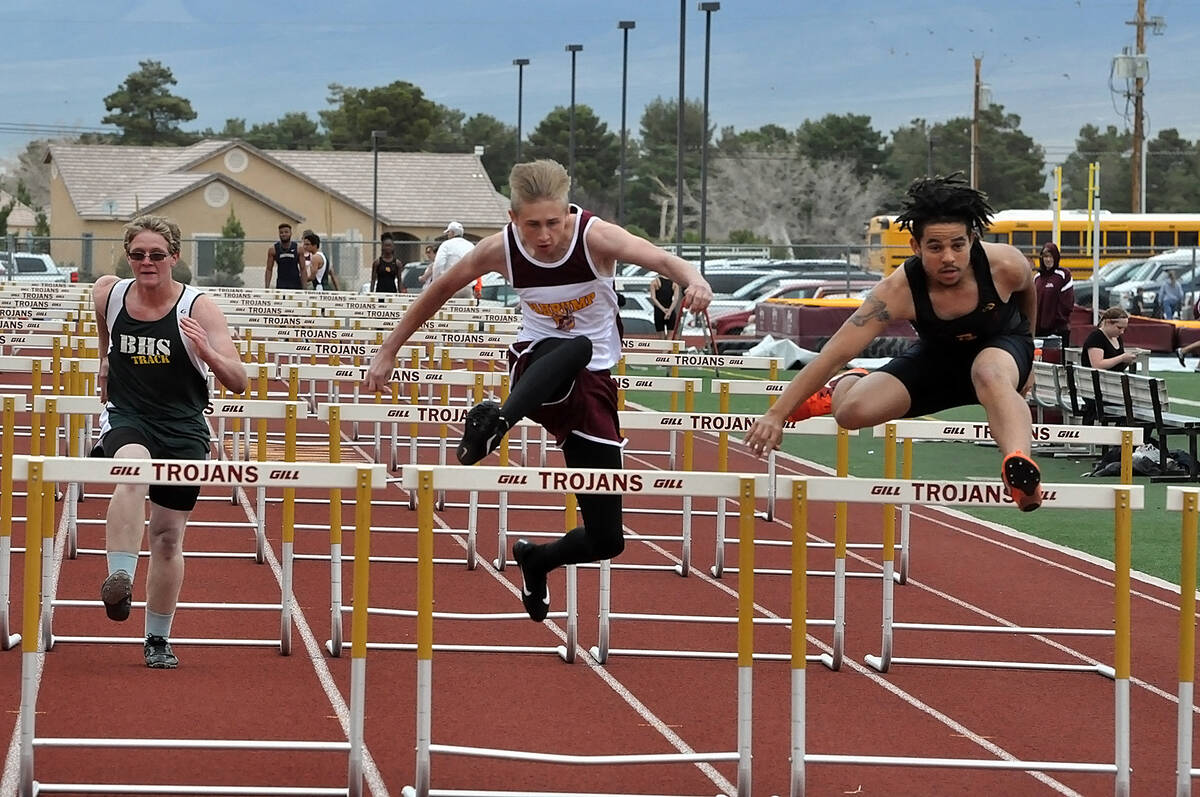 Horace Langford Jr./Pahrump Valley Times The Pahrump Valley Trojans competed in a mid-week track and field competition at Bonanza High School on Wednesday, April 6, where the men's and women's teams each finished in first place.

The Pahrump Valley High School boys and girls track teams both finished in first place at the Bonanza track and field competition on Wednesday, April 6, at Bonanza High School.

The Trojans set many personal records throughout the competitions on their way to multiple wins in the various events.

In the girls events, sophomore Grace Miller and senior Jessica Kern both had great days in their competitions.

Miller ended the competition with one win and one runner-up finish in her two events, both of which were personal records.

In the high jump event, Miller finished tied for first place with her teammate Aspen McCormack. Each of them successfully jumped a height of 4 feet, 6 inches.

Miller’s second place finish came in the 800-meter event where she finished with a time of 2:47.34.

Freshman Dakota Fodge and sophomore Emily Lewis each had a win for the Trojans as well.

On the boys side, senior Devin Varlack and sophomore Brennan Benedict both finished the competition with multiple wins.

Varlack won the 800-meter event with a time of 2:09.25, beating his closest competitor by over 10 seconds. His win in the 1600-meter event came with an even larger margin of victory.

His winning time of 4:49.52 was more than 40 seconds better than his teammate, Spencer Van Wormer, who finished in second place with a personal record time of 5:33.21.

Benedict had first-place finishes in the high jump and the long jump events.

The Trojans took the top three positions in the 110-meter hurdle event, with all three runners setting personal records.

The next track and field competition for the Trojans will be on Wednesday, April 20, when the teams travel to Valley High School. The first event is scheduled to begin at 4:30 p.m.