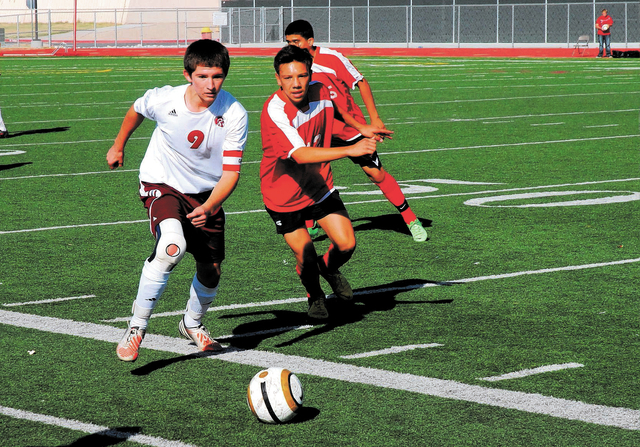 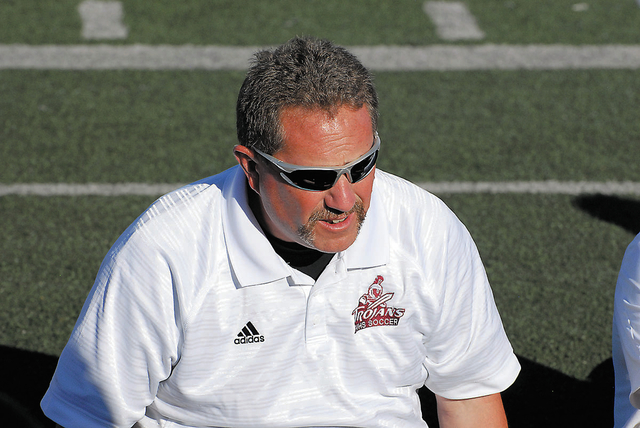 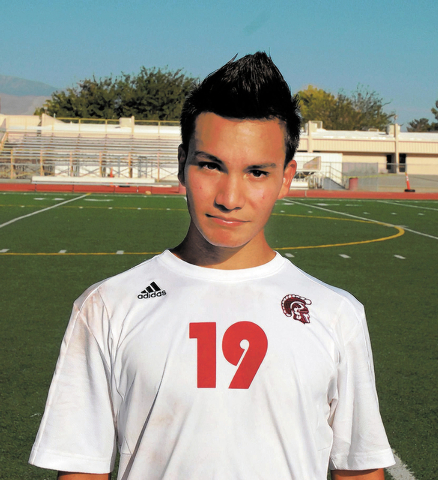 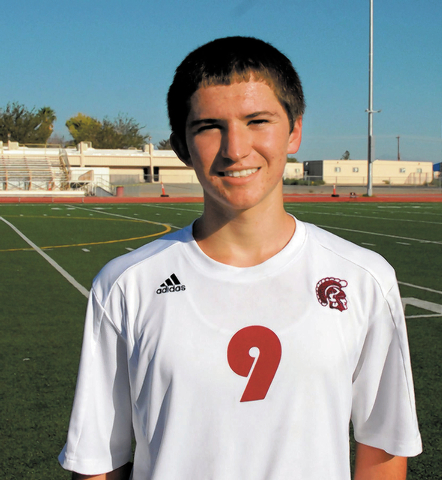 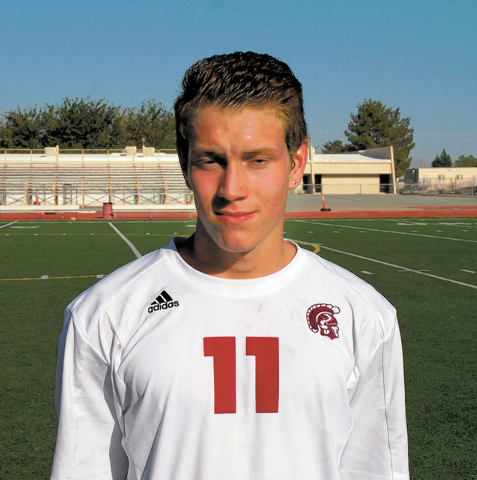 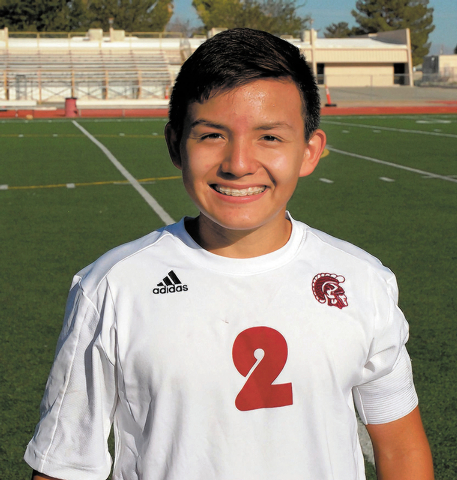 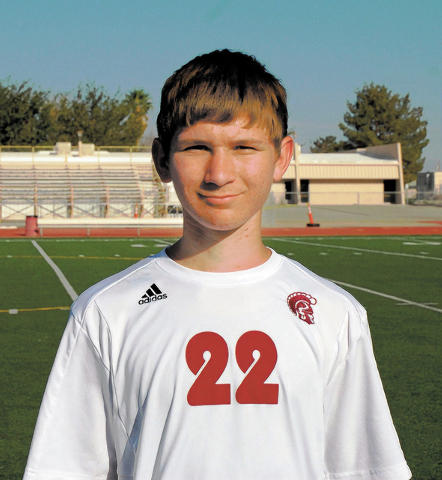 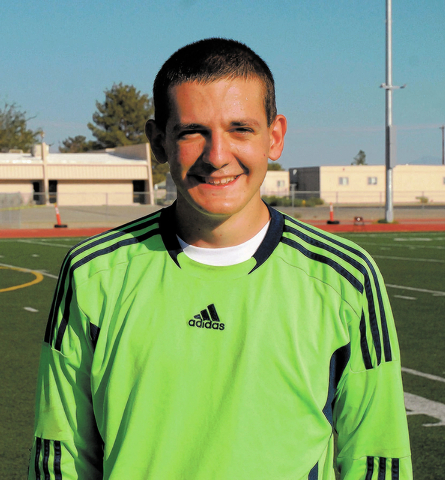 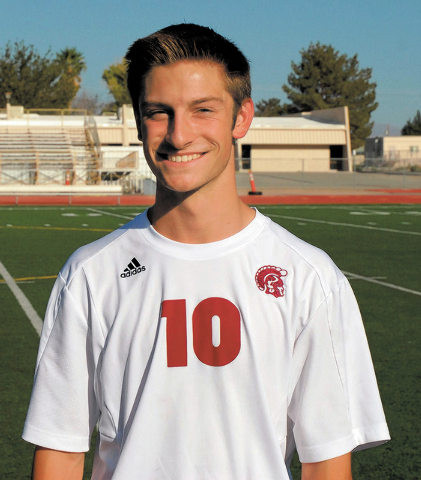 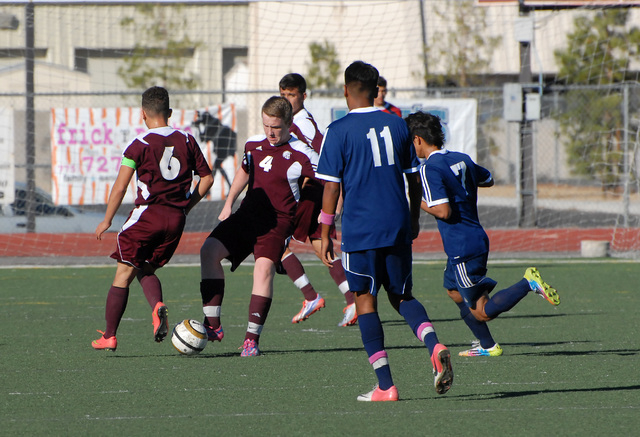 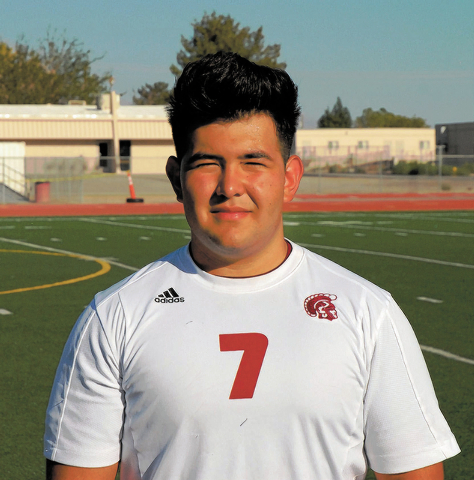 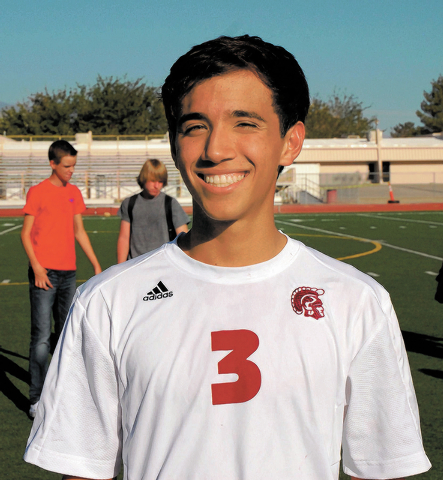 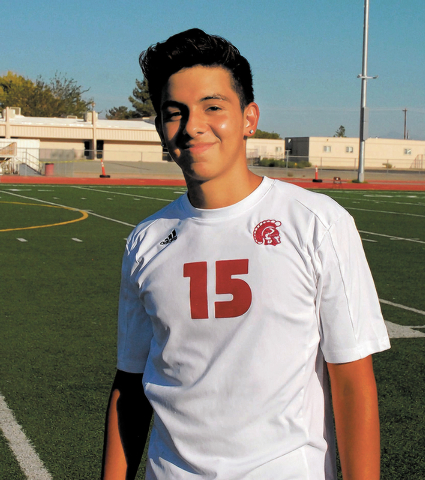 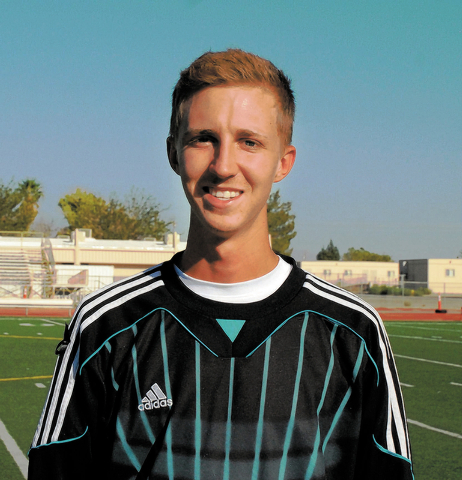 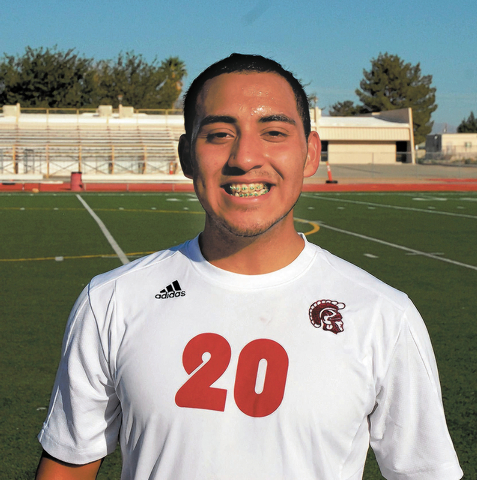 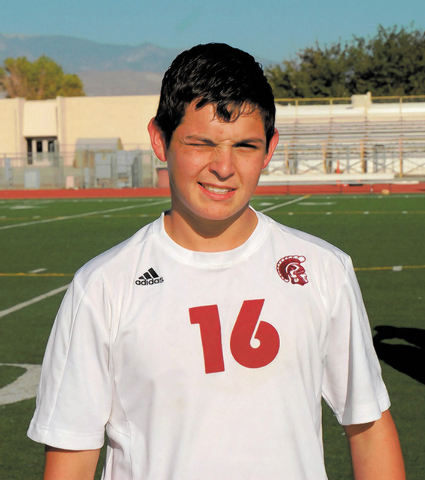 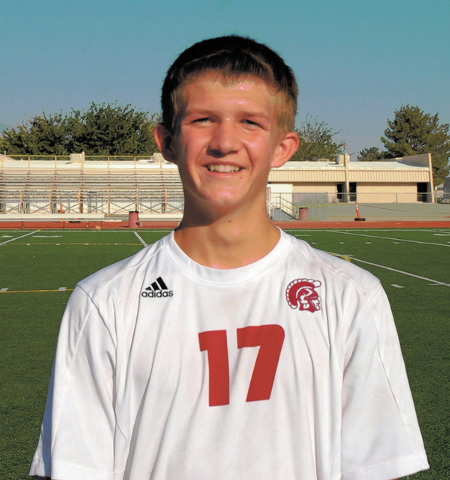 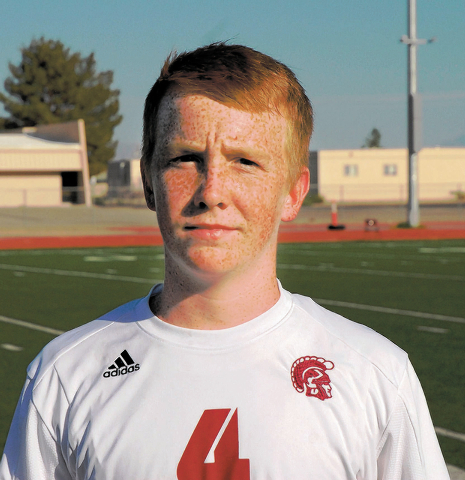 To truly understand the Trojans men’s soccer team, one must look at their last four games. The Trojans had to do something about their defense. It was bleeding points. The team had given up 12 in the two games prior to the Western game on Thursday. They dropped two games in a row to Mojave and Clark. Trojans Coach Don Boulden said after the Clark game the defense was going to have to change and they had one day to do it.

Defender junior Josh Mortensen said the team worked hard to make the defensive changes. The problem Boulden said was his defenders were getting sucked into to attacking too soon or not at the right time, and the opposition would go around leaving the goalkeeper all alone.

“We practiced and practiced,” Mortensen said. “We practiced diving in, not diving in and how to approach the offense and it made a big difference. Western only got one goal. This is like the same caliber team as Clark. I think we can push out a win next time.”

The team almost stopped Western in a heart-breaking 1-0 loss last Thursday, but made up for it on Monday at Faith Lutheran beating them 3-2 at Faith.

Boulden was a lot more talkative after the Western game than he was against Clark. He felt his team gave everything they had and he was more than satisfied with the 1-0 loss to Western.

“I wish instead of the last 10 minutes I would have made my changes a lot earlier,” he said. “I needed another five minutes and I waited too long. I should have made the move sooner in hind sight.”

As far as the preparations for the game, he really thinks he addressed the issues his team had against Mojave and Clark.

“I think the preparations were made and the men executed well. The goal they got was an unfortunate and mishap goal. It was not a solid shot. It was not a defensive error. We could say a lot of things and point fingers. It went through 11 players before it made it to the goalkeeper. It’s a team effort and we get to play them again,” Boulden said.

The coach was looking forward to playing Faith and said this after his defeat with Western.

“Western had to earn what they got today,” he said. “We took the number one team from last year and made them earn their goal. I was very proud of the men and they should be walking away with their heads up high and proud. We have one more day to prepare for Faith. Faith, Western and Clark have been losing to each other. My goal was to win all three. I would have been happy to come away with two and now we have to get the one to stay in competition.”

The Trojans did just that by defeating the Faith Lutheran Crusaders 3-2. Boulden starts the second half of the season 4-3 in league play and tied for third place with Mojave. The Faith game was a spectacular come-from-behind win, which showed how much this Trojans team wants to win.

Faith led at the half 2-0. The Trojans tied the game after the half and the game came down to the last few seconds, when the Trojans had an opportunity at a free direct kick from the 50-yard line, which is about a 60-yard kick.

Junior Nick Nelson was given the opportunity to make the kick and he said this after the game, “It was at that time, a confidence came over me, and I realized I didn’t want to waste an opportunity with only so few seconds left in the match. I suddenly imagined I could score as I have practiced many times before, and I believed I could do it.”

There was 1:35 minutes to go on the clock. Boulden described the kick as he watched in amazement.

“When I first saw Nick’s touch on the ball, I could tell the ball was kicked well. As the ball rose in height, I knew it had the distance. When I saw the ball begin to taper down towards the goal, I thought for just a second, “This one has the right angle.” When I saw the ball pass under the crossbar just enough to not even scuff the leather on the ball and pass through the goalkeeper’s hands, I asked myself under my breath, “Did that go in?”

The Trojans celebrated wildly as the goal was confirmed.