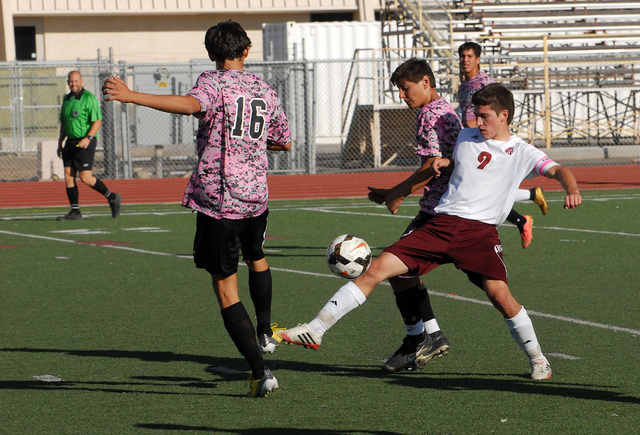 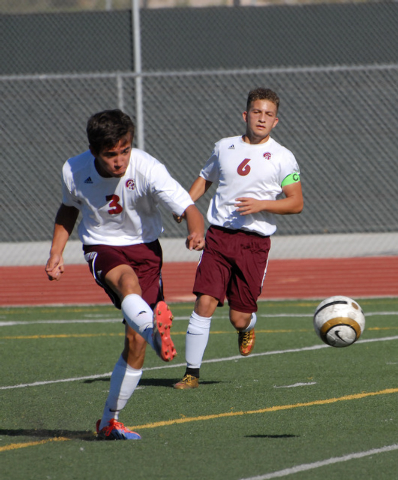 The Trojans played mostly a defensive game in the first half. The Crusaders kept Pahrump off balance and the ball remained on the Trojans’ side the entire half.

The game came down to penalties. The score was 0-0 with 8:30 left on the clock in the first when Pahrump was penalized just outside their goal. The ensuing penalty kick gave the Crusaders a 1-0 lead at the half.

This decision wasn’t easy for him to make. He is a coach that believes that defense wins games. “You work from the back up,” he has told his players in the past.

The game was tied until Faith opened up a hole in the Trojans defense and scored with 13:26 left in the game. Pahrump couldn’t recover and time expired.

After the game, the coach seemed frustrated, but when pressed he said that wasn’t it and then commented on his offensive halftime move. “We took our best shooters and put them up front. It worked out for one goal,” he said.

Boulden then added that despite the loss he feels he really doesn’t have to make any major changes for the upcoming game against Mojave (5-2-2, 5-2-1).

“Really it’s not like we need to do things differently,” Boulden said. “We need to play like a team, finish and beat the other team to the ball. Transitions have beaten us in the past, but not today. Today was just not getting to the ball.”

The Trojans are at home on Friday to start the second half of the season against third place Mojave at 4 p.m. The Trojans are tied for seventh place with Cheyenne (1-7-1, 1-6-1).