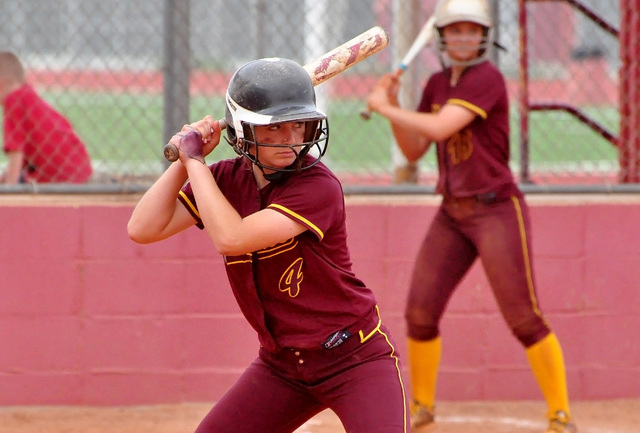 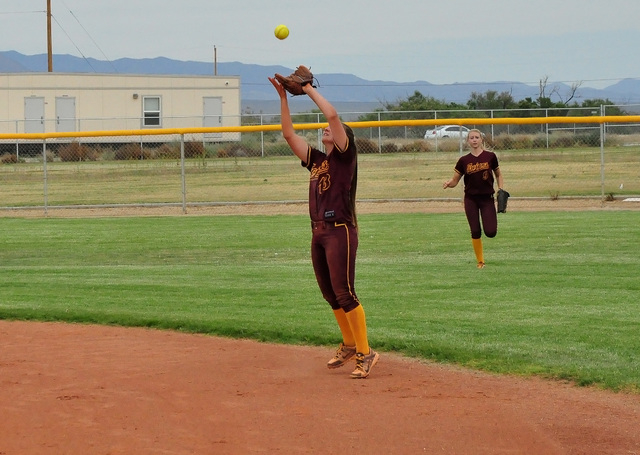 Lady Trojans softball seemed flat in their last two games while beating Western 6-1 on Thursday and losing to Sunrise Mountain 5-4 on Friday.

Trojans coach Ely Armendariz said he really wasn’t sure what the problem was during the two home games.

“We lacked spark in both games,” he said. “I am going to see what this is all about on Monday at practice. It could be the competition.”

Despite the team troubles, someone forgot to send sophomore outfielder Kathy Niles a memo. She hit a lead-off double against Western to get things started and a triple against Sunrise Mountain.

“She’s a player that knows the game,” Armendariz said. “I like the desire she has for the game and she has speed.”

The coach added, her speed helps her to chase down balls in the outfield.

Niles also felt the team needed a bit of pep against both teams.

“I think the team was down that day against Western because we had played them before and won,” Niles said. “We just struggled a bit to get up for that game.”

Niles said she didn’t have problems motivating herself to play though.

“I always want to play my hardest,” she said. “I push myself to be better each game and even if we lose, I know I played my best.”

Pahrump (11-6 overall, 6-2 Sunset League) got a lot of help from Western (9-11, 2-6). There were at least six walks and Western hit three batters. Despite all the help, Pahrump left five runners on the base pads.

The lack of energy continued on Friday. Against Sunrise Mountain the team was edged and just ran out of gas in the sixth inning. They had a rally going, but only scored 2 runs, where they needed 3.

In the game with the Miners, Stobbe had a double and Jessica Pearson had a triple.