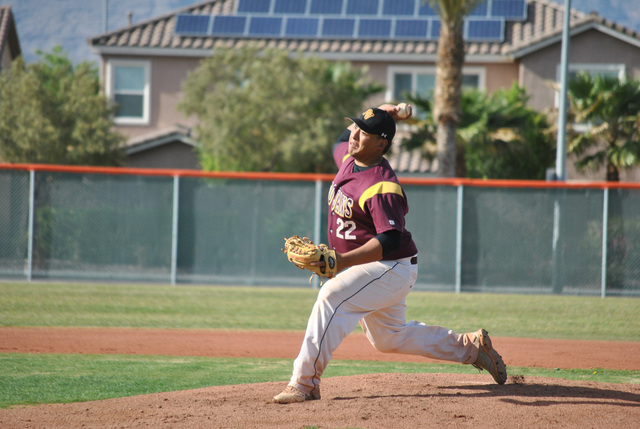 Mondays are usually a tough day for most, but the Trojans baseball team worked through it and came home with a win. Pahrump went up against the Mojave Rattlers on Monday and beat them 5-4.

The Trojans had given the Rattlers some hope last week, when they faced them in a tournament called the Cowboy Classic and lost to them. Mojave probably expected to win on Monday.

“We beat Mojave 5-4. After playing them in the tournament, we got a good look at them as a team. We faced their ace, who started the game against us and had a pretty good scouting report on their hitters. We knew that if we put pressure on their defense, they would make mistakes (4 errors),” Hayes said.

Both teams had played the same teams and had identical records going into Monday’s game (3-1). With the win, the Trojans are firmly in second place and start the second half of the season, having played everyone in the conference. The Trojans’ only loss was to Faith Lutheran, which was a close game despite the score. The team is now 4-1 in league.

The Trojans went up against the Mojave ace pitcher, Alex Smith. Hayes said it was a pitching duel and he pitched Chad Uyeno.

“The key to today’s game was the pitching of Chad. He kept the Mojave hitters off balance all day and pitched around some defensive miscues. Offensively, we are not where we want to be right now, but we did enough to get the win today,” Hayes explained.

Uyeno was chosen as the player of the game, giving up 6 hits, with 5 strikeouts, and 2 walks.

The Trojans start the second half of the season at Cheyenne at 3:30 today. Cheyenne is 4-9 overall and 1-4 in the conference.