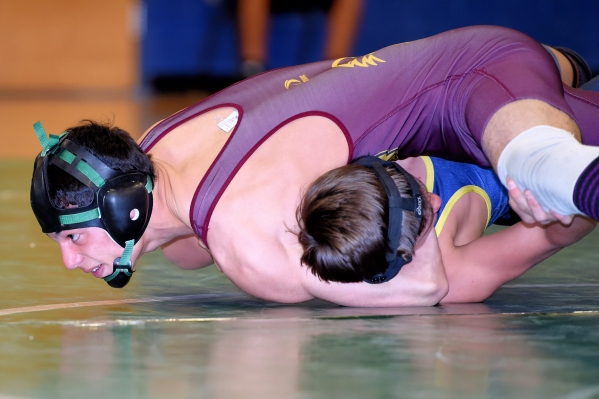 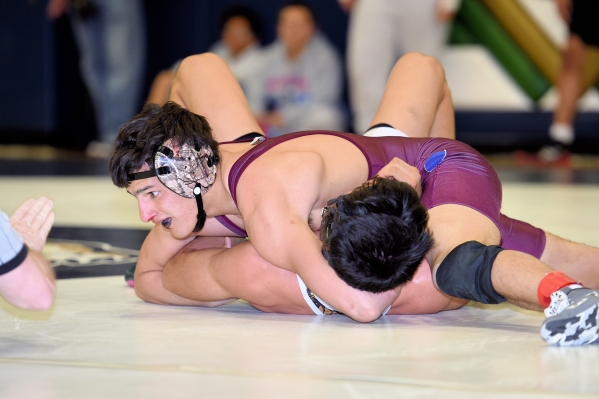 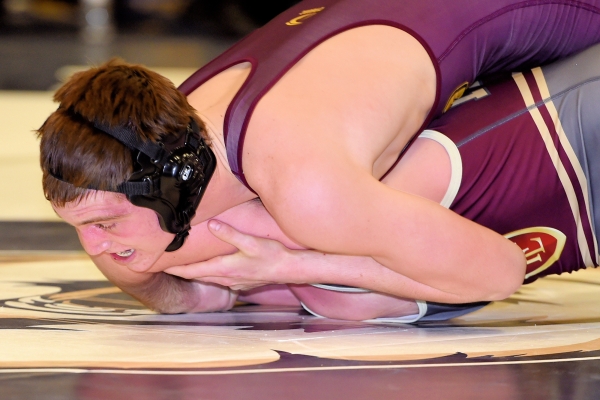 Senior Gino Gusman (126) will be going to state for the Trojans this year. Gusman finished second in the regional tournament, losing to Nishi Rivera of Spring Valley in a 9-2 decision in the championship round.

“Gino wrestled well this weekend,” Rieger said. “In the finals, the Spring Valley wrestler was strong and put Gino to his back twice with the cradle (pinning hold). He is excited to wrestle this weekend at state.”

“It was tough tournament that our young wrestlers needed to see,” he said.

In wrestling, the top three wrestlers in each division go to state.

For the Trojans, the majority of the team was made up of sophomores and freshmen. The coach said if they all could come back next year, the team will be on its way back to perhaps another state title.

The coach said throughout the season his team just needed more experience. That’s what last year’s state championship team had lots of. Last year, the Trojans sent 11 wrestlers to the state tournament winning the team title.