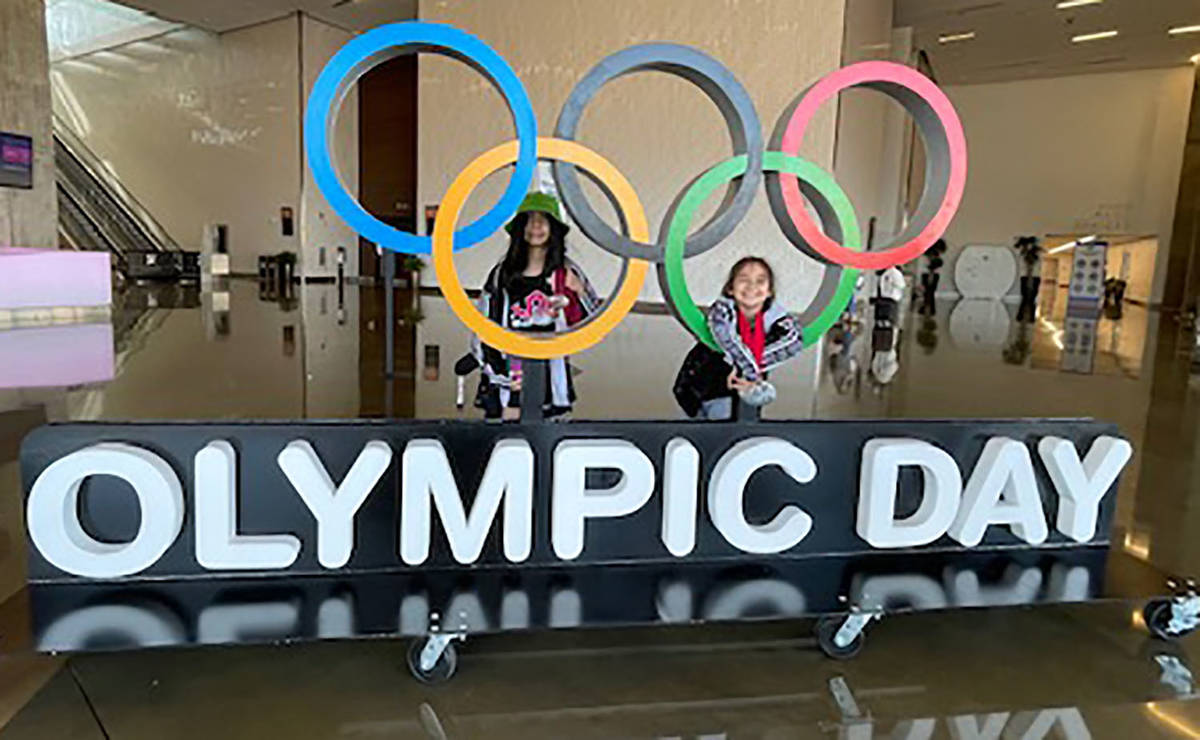 Special to the Pahrump Valley Times Mika, left, and Suri Yoffee at the USA Wrestling Women's Nationals, where each earned All-America status by finishing in the top eight in their weight classes. 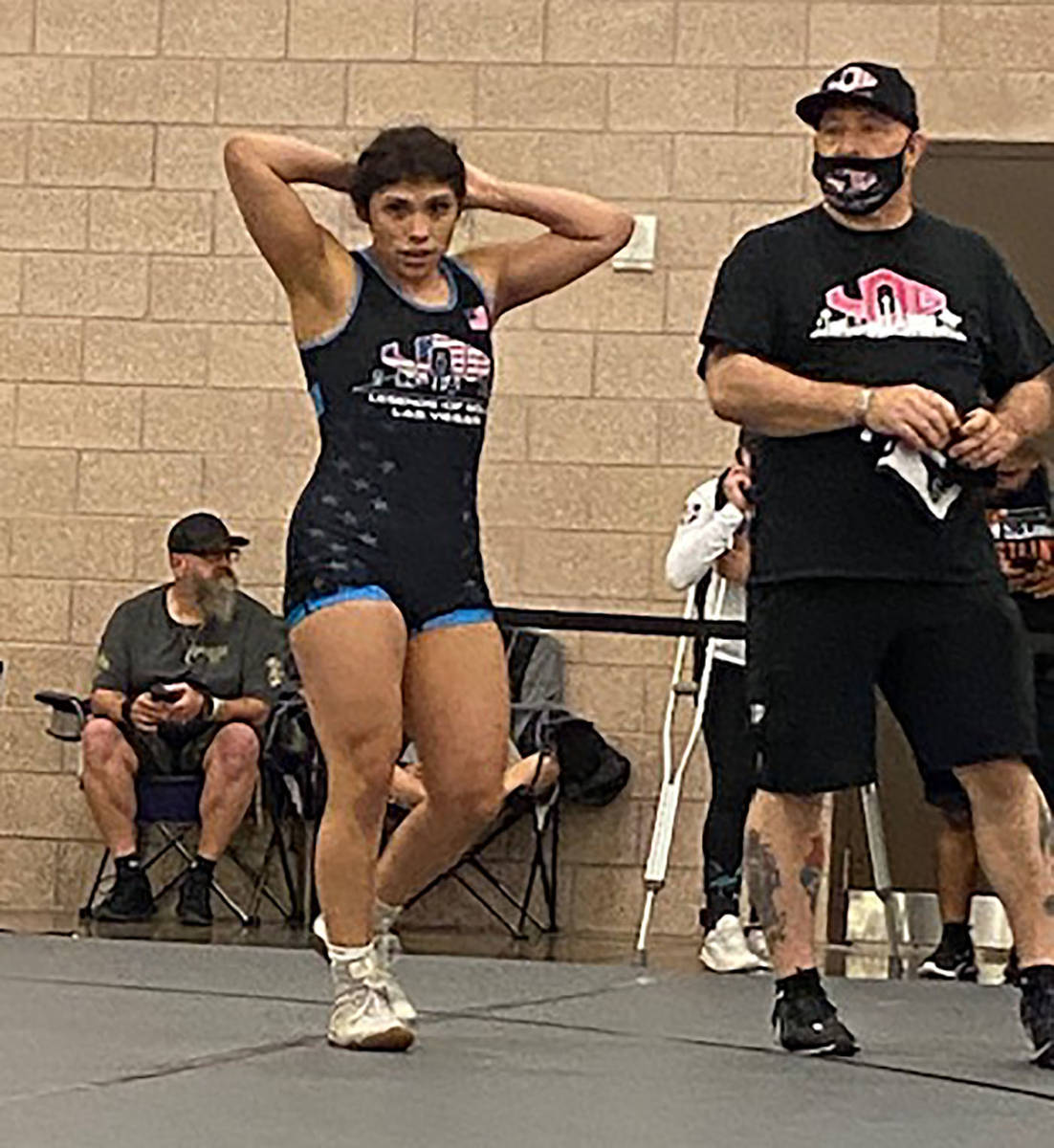 Special to the Pahrump Valley Times Adrianna Orozco on the mats at the USA Wrestling Women's Nationals in Irving, Texas, where she was named All-American in the U23, 68 kilo division. 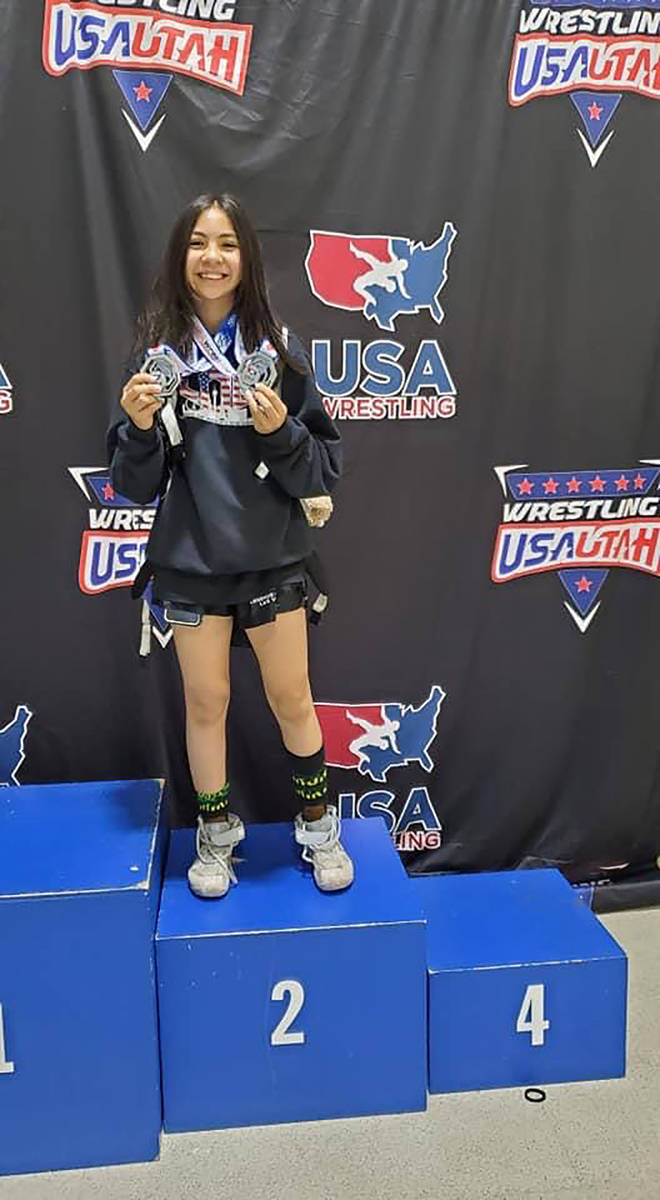 Special to the Pahrump Valley Times Mika Yoffee shows off her silver medals in freestyle and Greco-Roman wrestling at the Western Regional Tournament in Logan, Utah.

The youngest of the trio, Suri Yoffee, competed in the 10U Girls 55-pound class and placed second. She reached the semifinals in her weight class and rolled to a 10-0 win over Aniyah Ierley of York, Pennsylvania, before falling 14-8 to Jasmine Buck of Sahuarita, Arizona, in the final.

The middle wrestler, Mika Yoffee, wrestled in two events: 14U Girls 92 pounds and U15 Women 42 kilos and finished among the top eight in both of them. In the girls competition, Yoffee lost by a single point in the quarterfinals, then came back to win the seventh-place bout over Olivia Crull of Modoc, Indiana, by a 12-0 score.

In the women’s competition, she lost early in the main draw but rebounded with two convincing wins in the consolation draw, rolling to a 12-2 win over Azalea Fetters of University Place, Washington, and a 10-0 triumph over Aleena Nguyen of Valley Springs, California. She eventually finished sixth.

The oldest of the Pahrump wrestlers is Adrianna Orozco, who competed in the U23, 68 kilo division. She was knocked out of the main draw by Tiyahna Askew of Lawrenceville, Georgia, then won back-to-back bouts in the consolation bracket, including a 10-1 win over Passion Hollins of Bedford, Texas. Orozco ended her tournament with a 10-7 loss to Zoe Gress of Hoosick Falls, New York, and Colorado Mesa University in the eighth-place bout.