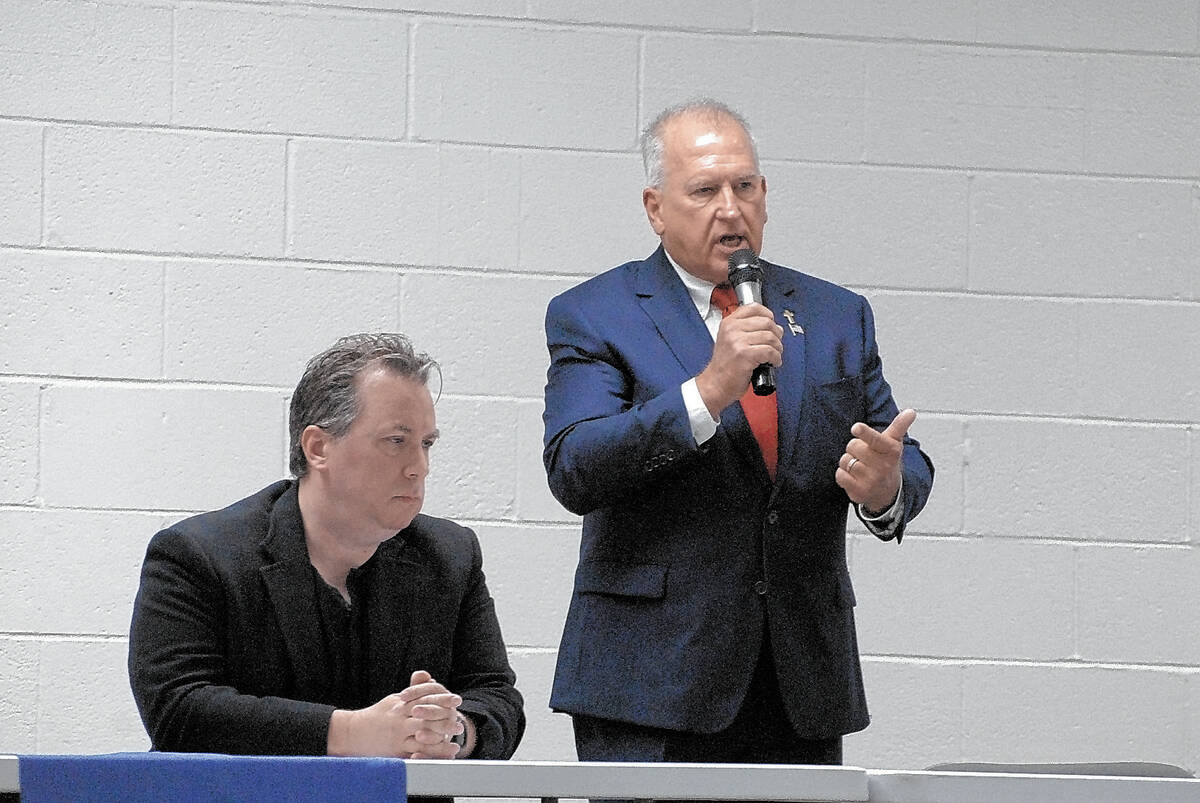 RENO — The American Civil Liberties Union of Nevada filed a lawsuit Tuesday against Nye County in an attempt to block its ballot hand-counting procedures.

The lawsuit, which was filed in Nye County District Court, names both the county and interim Nye County Clerk Mark Kampf and asks the court to block the process on the grounds that is unlawful and will “unravel” election integrity.

“Nye County’s proposed process is a rushed attempt to circumvent democracy,” ACLU attorney Sadmira Ramic said in a written statement. “With weeks until voting begins, Nye County’s proposed hand-counting process will unravel the election integrity protections currently in place and will undoubtedly make it harder for Nye voters to exercise their freedom to vote.”

The lawsuit cites three violations of either state law or the state constitution.

The ACLU alleges the verbal announcement of each ballot’s results, made by hand-count teams, could result in the early release of election results and information, which would violate state law.

Additionally, the lawsuit contends that the county’s plans for providing touch screens for disabled voters violates the Help America Vote Act and the state constitution because it would allow election workers to inquire about a voter’s disability or would allow them to turn away an eligible voter based on “arbitrary decision making.”

The county’s procedures also require “stringent” signature verification, which allows election workers to require voters to show an ID if their signature doesn’t match the state’s record, a move that the ACLU alleges violates state law.

A Carson City District Court judge has already denied another group’s attempt to stop counties from hand counting ballots in the Nov. 8 election.

Wilson ruled that Nevada’s law does not prohibit the use of hand counting. Voting is permitted by a “mechanical voting system,” but it is optional, he wrote in his order.

“Having some cities or counties use hand counting and others use mechanical voting systems does not violate voters’ right to a uniform, statewide standard for counting votes,” Wilson wrote.

Since Nye County decided to implement hand counting in its elections, the Nevada secretary of state adopted regulations on Aug. 26 for how counties should conduct hand counting.

Both lawsuits came after the Nye County clerk’s office last month announced that it would use paper ballots and hand counting alongside voting machines in the next election, a move that followed false claims of election fraud.

In March, the all-Republican Nye County Commission voted unanimously to recommend the county use paper ballots and hand count the votes in time for the June primary, but it was impossible to do so in times for the June 14 primary, said Sandra Merlino, the longtime Nye County Republican clerk, who retired earlier this year citing pressure from officials to make sweeping changes to the local election process as part of her reasoning for not seeking re-election.

Jessica Hill and Brent Schanding contributed to this report.