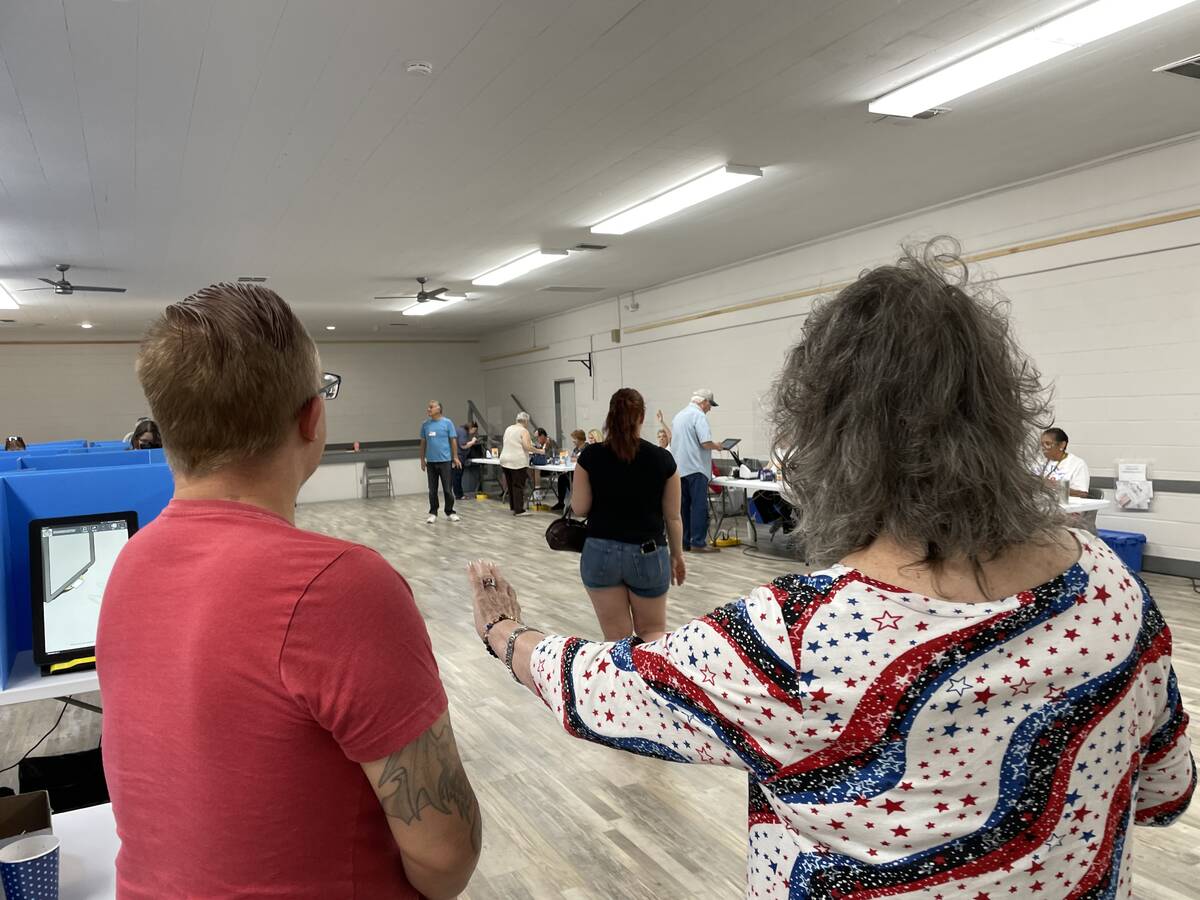 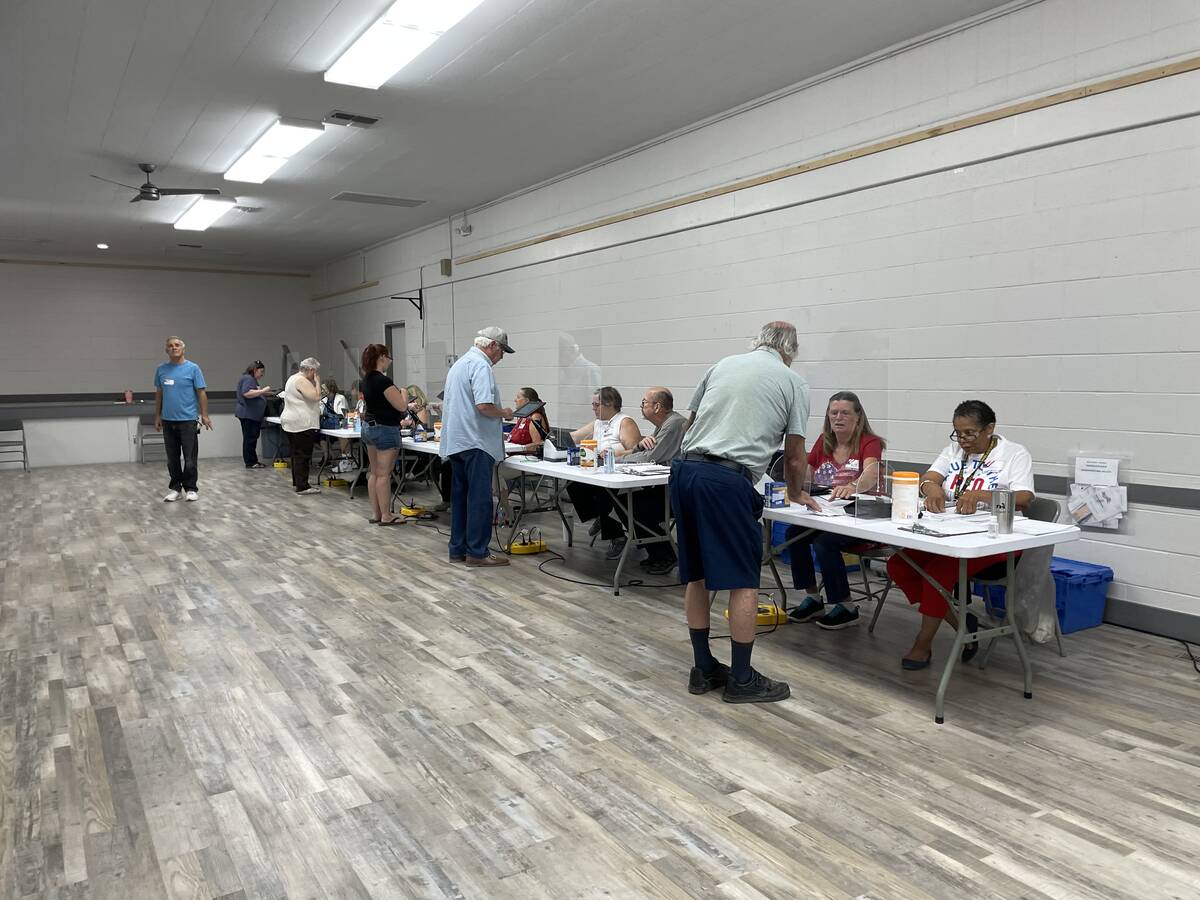 As voters prepare to head to the polls Tuesday, 18.2 percent have already cast ballots in Nevada, according to figures compiled by the secretary of state’s office.

Turnout in two of Nevada’s largest counties was sedate: In Clark County, it was 15.2 percent as of Friday, and in Washoe, it was 18.6 percent. Early voting got off to a slow start in Nye County, but several voters were at the polls at 7 a.m. on Tuesday to be the first to cast in-person votes.

Polls will be open from 7 a.m. to 7 p.m. in Nevada on Tuesday, the final day to participate in the primary election. Here are a few last-minute reminders before casting your vote:

■ A map of voting centers can be found online at the Nye County clerk’s website.

■ You can drop off your completed mail ballot at any voting center as well. Remember to print and sign your name on the outside of the mail ballot envelope, or your ballot will not be counted.

■ If you are in line at a voting center at 7 p.m., stay in line. Everyone who is in line at 7 will be allowed to vote, and election results won’t be released until the last voter has cast her or his ballot.

■ If you decide to vote by mail, your ballot must be postmarked by Tuesday, and must be received by the county by Saturday.

■ If you have other questions, check the county’s election website for comprehensive information about the 2022 election, including finding your sample ballot, election voting center locations and more.

■ After the polls close, tune in to pvtimes.com for results and election night coverage.