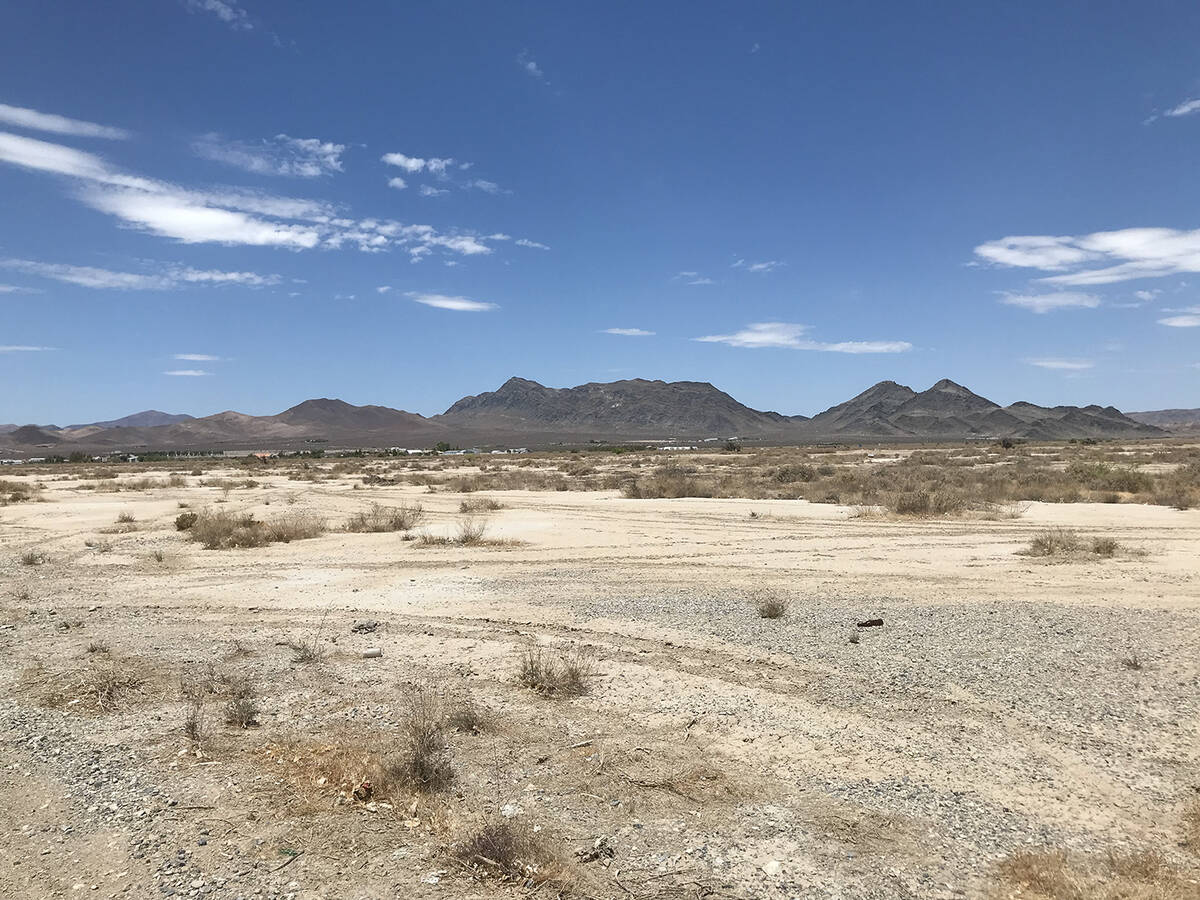 Robin Hebrock/Pahrump Valley Times This photo, taken from Basin Avenue looking toward the intersection of Betty Avenue and Bannavitch Street, shows the site at which ConEdison was planning to develop a 20-megawatt photovoltaic solar field. The Nye County Commission has now decided to deny approval of the project.

Representatives of Consolidated Edison Development Inc. in July revealed plans for a 100-acre solar field on private land in the Pahrump Valley, triggering yet another wave of unrest in a community that has boradly opposed large-scale solar projects.

Amid public criticism of the Basin Solar project, Nye County commissioners have killed it, voting 5-0 Tuesday o deny the request for the zone change and associated Special Use Permit (SUP) needed to advance the project.

The Basin Solar project was planned for the western side of Pahrump, on lands bordered by Basin Avenue, Betty Avenue and Bannavitch Street. It was proposed as a 20-megawatt, photovoltaic solar array that would have generated enough electricity to power approximately 6,000 homes.

The commission was scheduled to hold two public hearings at its Tuesday, Sept. 20 meeting on the ConEdison solar development, one regarding the approval of the SUP and the other addressing the zone change request. However, at “the eleventh hour” as one commissioner put it, the board and public were notified that the hearings were going to be continued until January 2023.

There were several area residents in attendance Tuesday morning who still spoke on the proposal. As has consistently occurred at public meetings on solar projects over the past year, residents did not hold back their ire, letting both the board and ConEdison know they would not stand for it. One speaker threatened to take legal action if the company continued to pursue its proposal.

Clay Jenson, representing ConEdison, said there was absolutely no doubt about how the community feels toward the idea and said the continuation of the hearings until next year was meant to allow the company time to adjust its proposal in the hopes of making it more palatable for residents.

“I want to make note that when this application was originally brought before the town board, it was this commission, acting on behalf of the town board, that sent a very clear message that, ‘You need go out to the community and find out what they think of this project’,” Jenson remarked. “We hear it. There is no ambiguity about what the community thinks of this project as it sits today.”

Jenson continued by explaining that ConEdison has no desire to continue forward with an application that simply will not meet with community approval, as the company does not want to waste time and resources on something that will be a source of contention.

After some debate, commissioners decided to move ahead with the public hearing right then, with commissioner Leo Blundo making the motion to deny the zone change request. That motion passed unanimously, as did the next motion to deny approval of the SUP, and the audience was obviously pleased with the outcome, bursting into applause before the board moved on to its next item.