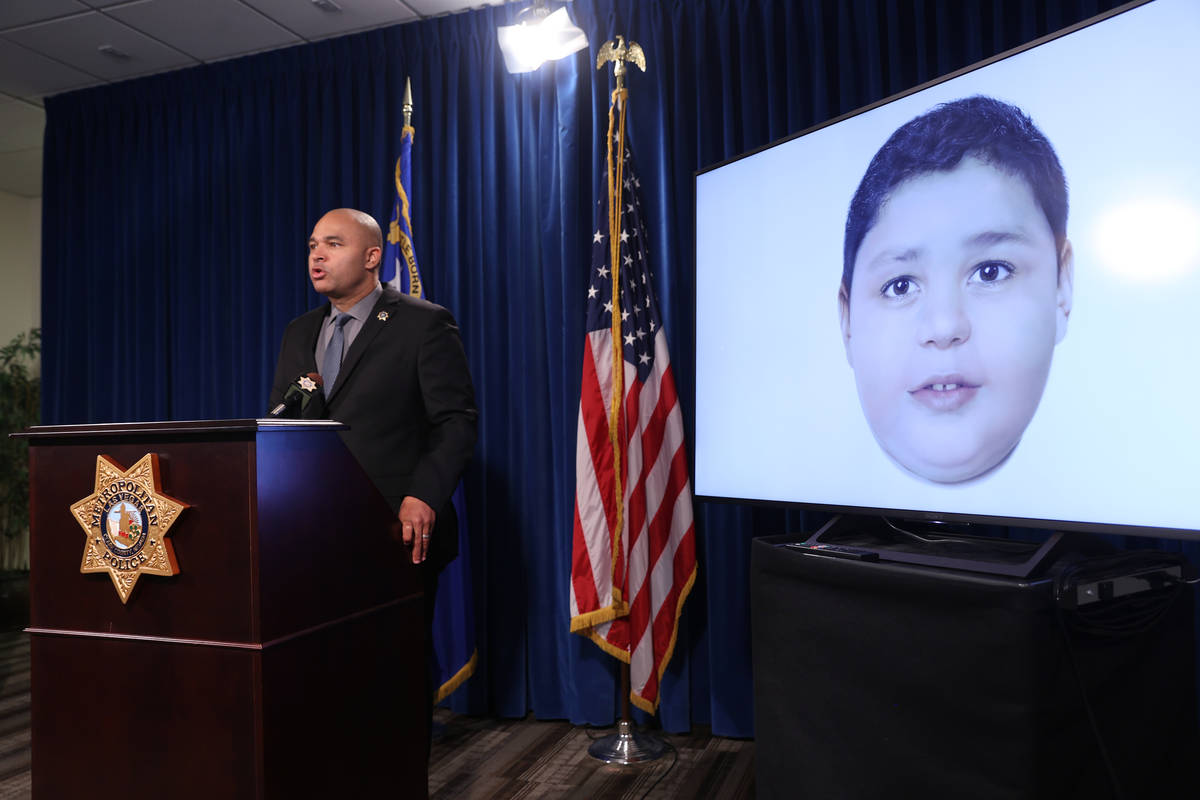 Las Vegas police homicide Lt. Ray Spencer shows a a digitally enhanced photograph of a young boy during a joint news conference with the FBI at Metropolitan Police Department headquarters in Las Vegas on Thursday, June 3, 2021. Spencer said the image better reflects the boys weight and highlights the gap between his front teeth. The boy was found dead last week and has not been identified. (K.M. Cannon/Las Vegas Review-Journal) @KMCannonPhoto 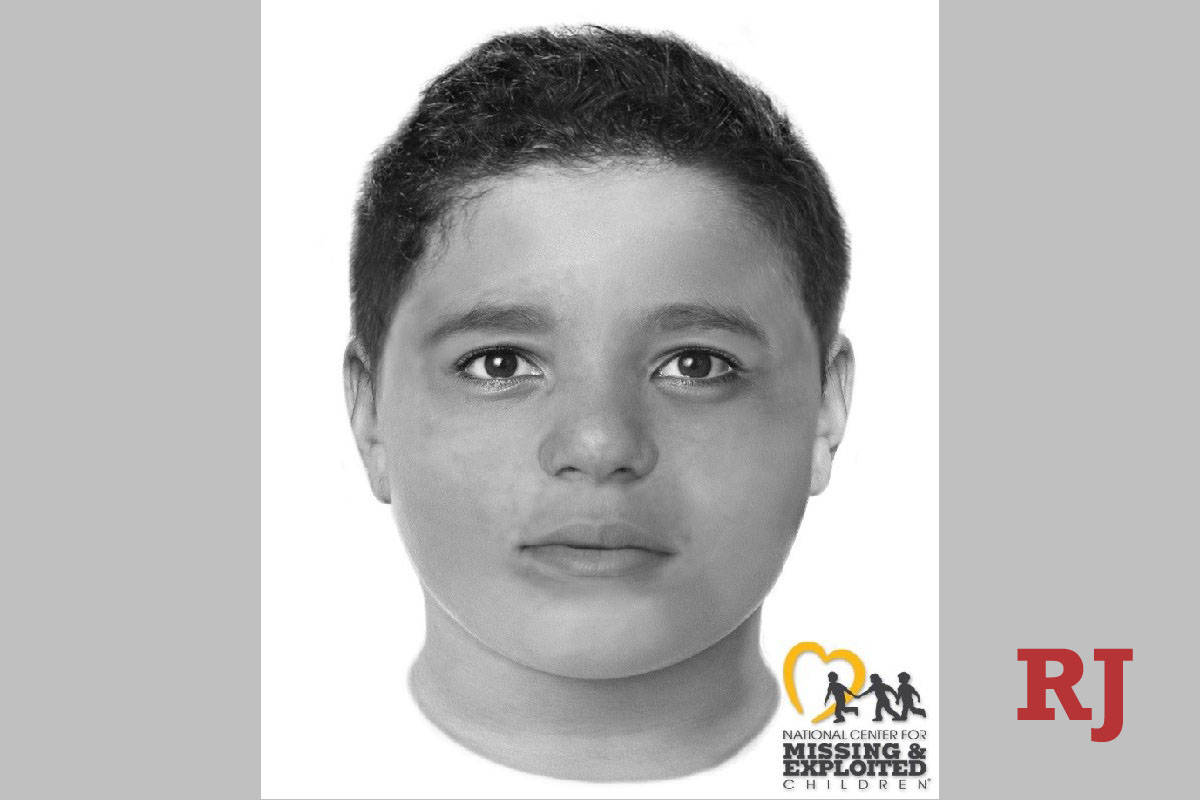 A boy's body was found Friday between Las Vegas and Pahrump. Police said he was between the ages of 8 and 10. He was 4 feet, 11 inches tall and weighed 123 pounds. (Las Vegas Metropolitan Police Department)

The FBI offered a reward of up to $10,000 Thursday for any information leading to the identity of a young boy found dead last week in Mountain Springs.

Officials announced the reward during a joint news conference Thursday morning with the FBI and the Metropolitan Police Department.

Metro homicide Lt. Ray Spencer said police have been combing through hundreds of tips while trying to identify the boy found by hikers Friday morning near the Mountain Springs Trailhead, off of state Route 160 between Las Vegas and Pahrump.

“I’m confident that we are going to find the person responsible for committing this horrible act and leaving him out in Mountain Springs,” Spencer told reporters.

Police also released a digitally enhanced photograph meant to accurately capture a gap in the boy’s teeth and his weight.

FBI Supervisory Special Agent Jeremy Schwartz said the federal agency is offering the reward money to anyone with information that leads to identifying the boy, or a suspect or person of interest in his death.

“This child has a right to be referred to by his given name,” Schwart said. “He’s someone’s son, someone’s grandson, and he deserves law enforcement’s commitment to solving this case.”

Spencer said officials have received hundreds of tips from across the U.S., and have been able to rule out “some other high-profile missing children” cases. Investigators are still focusing on Nye and Clark counties, as well as the Southern California area.

Police have also gone door-to-door to investigate tips about missing children in the area, with no success.

“Those tips that we are receiving, we’re going line by line as we get them to rule them out,” he said.

Detectives initially believed there was a break in the case when on Saturday, a mother told investigators that she believed the boy was her 8-year-old son.

But hours later, the 8-year-old boy and his 11-year-old half-brother were found safe, camping with their father in central Utah without cell service.

As the search for the boy’s true identity continues, Spencer said police also are asking for information from anyone who was driving on state Route 160 between midnight and 7 a.m. Friday and may have seen “anything unusual.”