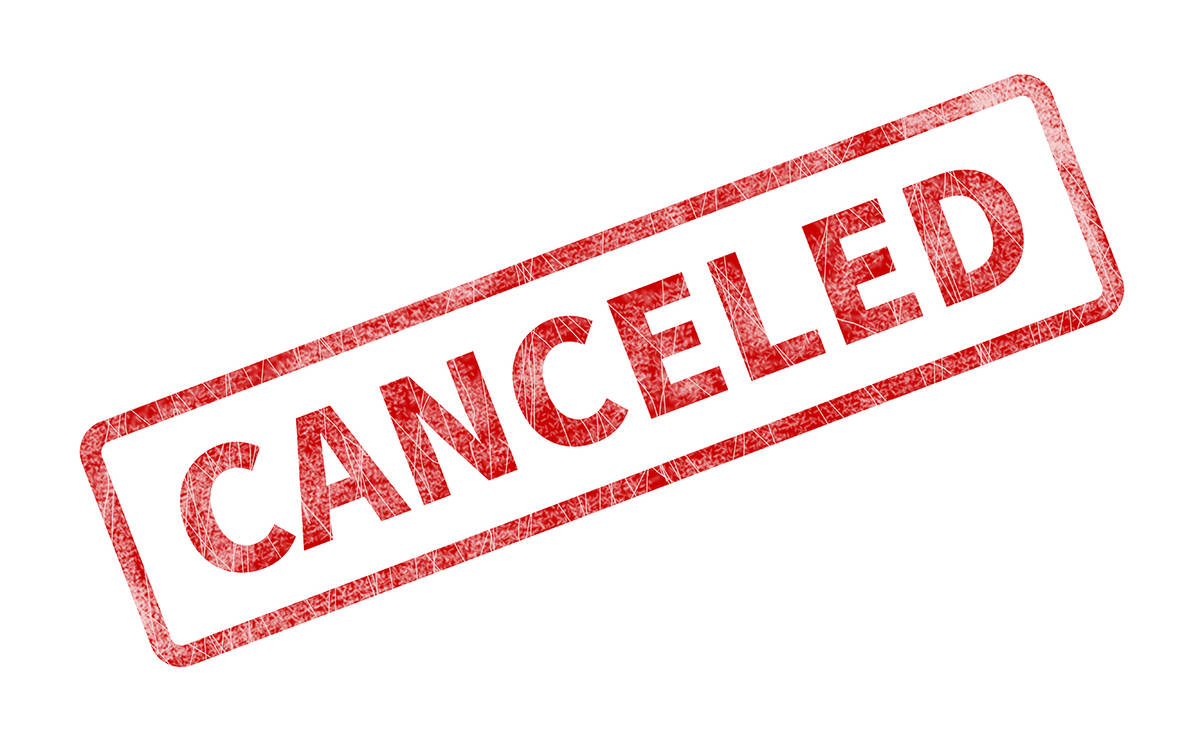 Getty Images The Pahrump Fall Festival will not take place this year due to the continuing COVID-19 pandemic. 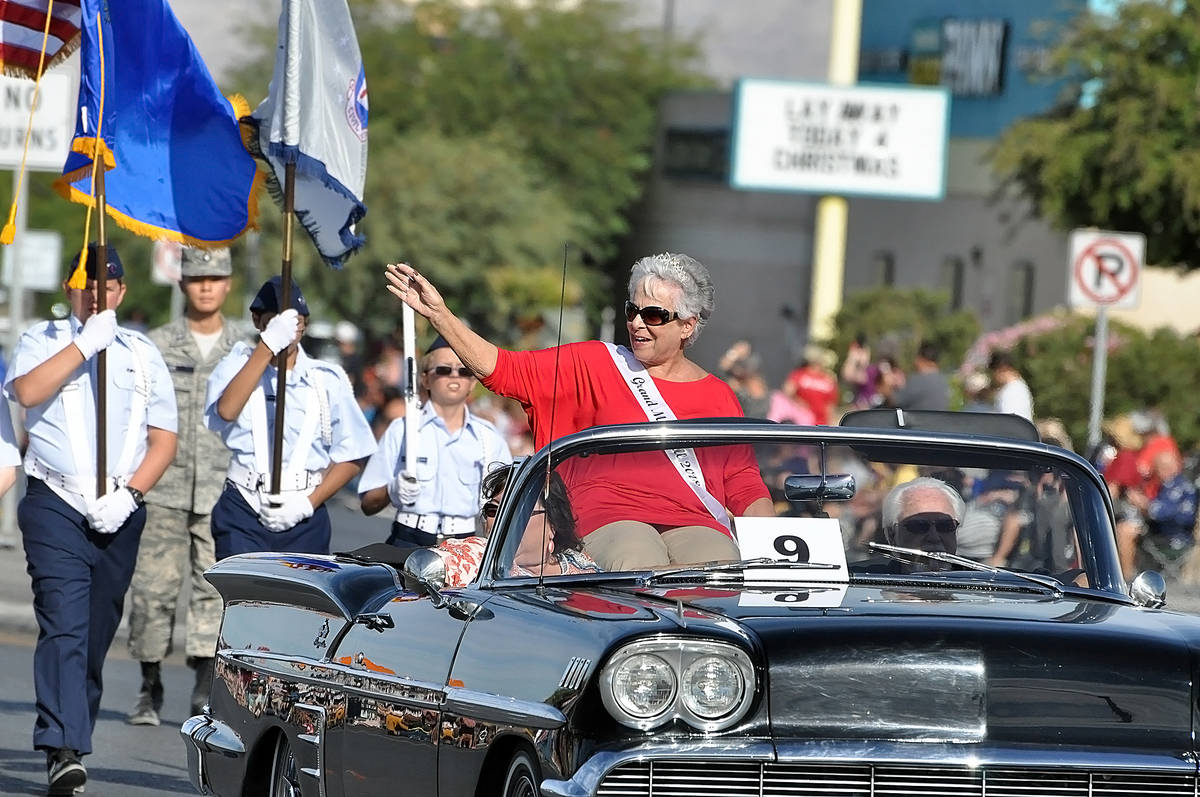 Horace Langford Jr./Pahrump Valley Times This file photo shows Pahrump Fall Festival parade entrants rolling down Highway 160. There will not be a parade this year, as the festival has been canceled. 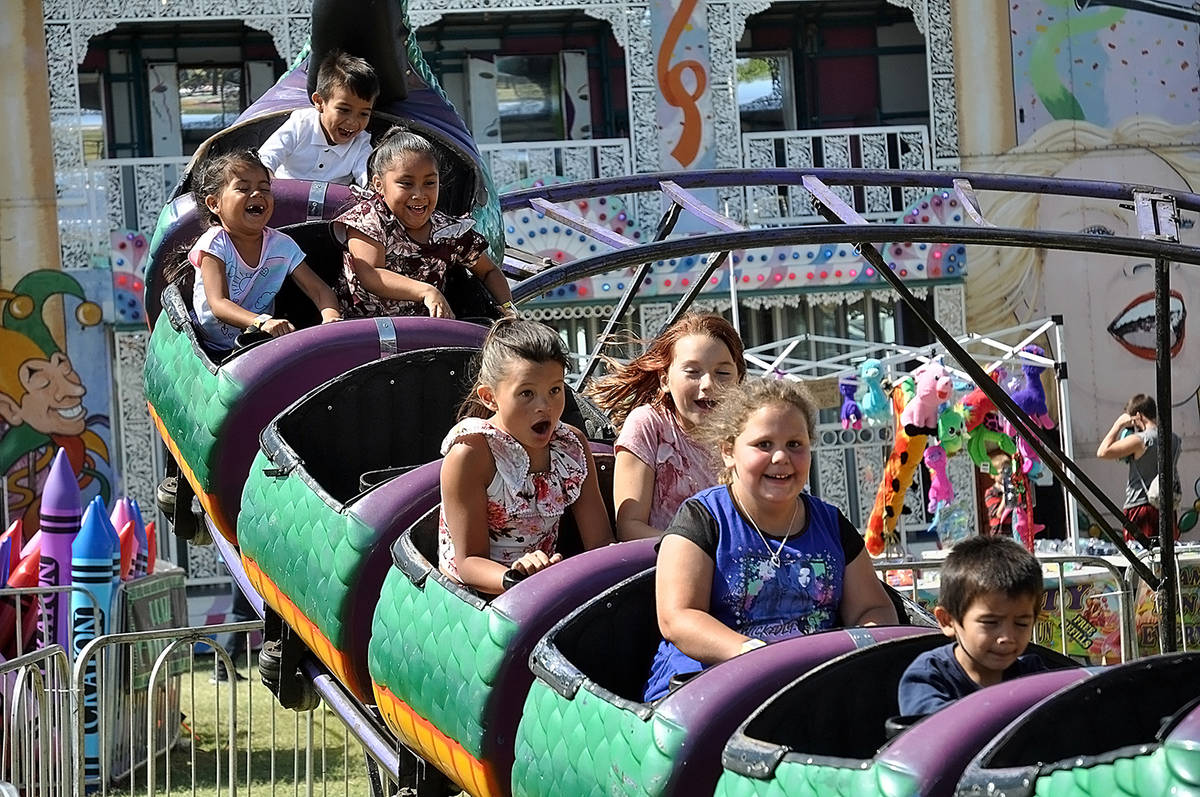 Horace Langford Jr./Pahrump Valley Times Youngsters across the valley may have been looking forward to the 2020 Fall Festival but their hopes for fun and excitement have been dashed, as the event has been canceled amid the COVID-19 pandemic.

The fate of the 2020 Pahrump Fall Festival has now been decided, with the Nye County Commission, sitting as the governing board for the town of Pahrump, voting to call off what is hands-down the largest event in the valley each year, all in the name of public health and safety due to the continuing COVID-19 pandemic.

The decision was made during the commission’s Tuesday, Aug. 4 meeting, where commissioner Donna Cox was the only board member to push for saving the Fall Festival, but to no avail.

Though her fellow commissioners appeared disheartened by the idea of canceling the beloved annual event, they did not sway from their course and, after half an hour of back-and-forth debate, the vote came down 4-1 with commissioners John Koenig, Debra Strickland, Leo Blundo and Lorinda Wichman in favor of canceling and Cox the sole voice against.

The motion to cancel the festival, made by Strickland and seconded by Wichman, also included direction to staff to begin pursuing plans for the 2021 Fall Festival with the goal of making it even bigger and better than it would have been this year.

“I had some discussion with staff, specifically with staff that was going to run this year’s Fall Festival and their idea is that we should put this off until 2021 and in 2021, using any money and excess energy we save, have one of the biggest Fall Festival’s that Pahrump has ever seen,” Koenig, chairman of the commission, said as he opened the item on Aug. 4.

Cox immediately launched into her defense of the event, asserting that she believed as long as people were doing what they needed to do to feel protected, such as wearing a mask or keeping six feet from others, she did not see a problem with holding the event.

“I don’t see why that’s any different than going to Walmart,” Cox stated, emphasizing that the community needs something fun to do and that she was very willing to see the event move forward.

Blundo jumped in to state that he would echo some of Cox’s sentiments but he still seemed reluctant about the festival, asking staff to join the conversation.

Pahrump Buildings and Grounds Manager Jimmy Martinez said his biggest concern was connected to the contracts for the festival, such as those for the rodeo and carnival. “It’s not that staff doesn’t want to do it, staff wants to put it on,” Martinez explained. “ We’re just concerned if we go forward with these contracts and later on it’s canceled, that’s town or county money that is lost, that we can’t get back.”

Both Strickland and Cox tossed around the item of possibly postponing the event until later in the year but after discussion, that idea was shot down. Cox then shifted gears, suggesting the town perhaps hold the festival without the carnival, to help with social distancing, or hold it for only two days rather than four days as usual. However, no matter what ideas Cox put forward, the other commissioners were not amenable and her arguments in favor of holding the Fall Festival were in vain.

Following several more minutes of debate, Blundo eventually interjected again, declaring, “I think we are all pretty well stated on this item. I believe this board would love to see a very successful Fall Festival, without a doubt. However, in light of the situation, I don’t think anyone on this board wants to contractually obligate money and then not see a festival happen.”

Blundo then asked Martinez to “sell him” on the idea of an even bigger and better Fall Festival next year, inquiring as to what such an endeavor might include.

“Right now, in the beginning our strategy was to keep it local, keep everything local and try to bring as much people in. My thoughts, if we hold it off for a year, we have time to work with Western Heritage (rodeo provider), bring in some other items, maybe a bigger halftime show (at the rodeo), bring something different to the Fall Festival that we haven’t done before. Maybe possibly adding some more (carnival) rides, really max it out, bring in as many vendors as I possible can,” Martinez detailed. “If this COVID stuff is over, maybe talking to you, board, and saying, okay, COVID is over and maybe, possibly one night, if it was feasible, as a celebration, maybe we shoot off some fireworks.”

Further discussion ensued until Strickland put forward the motion to scrap the 2020 Fall Festival, which passed 4-1.