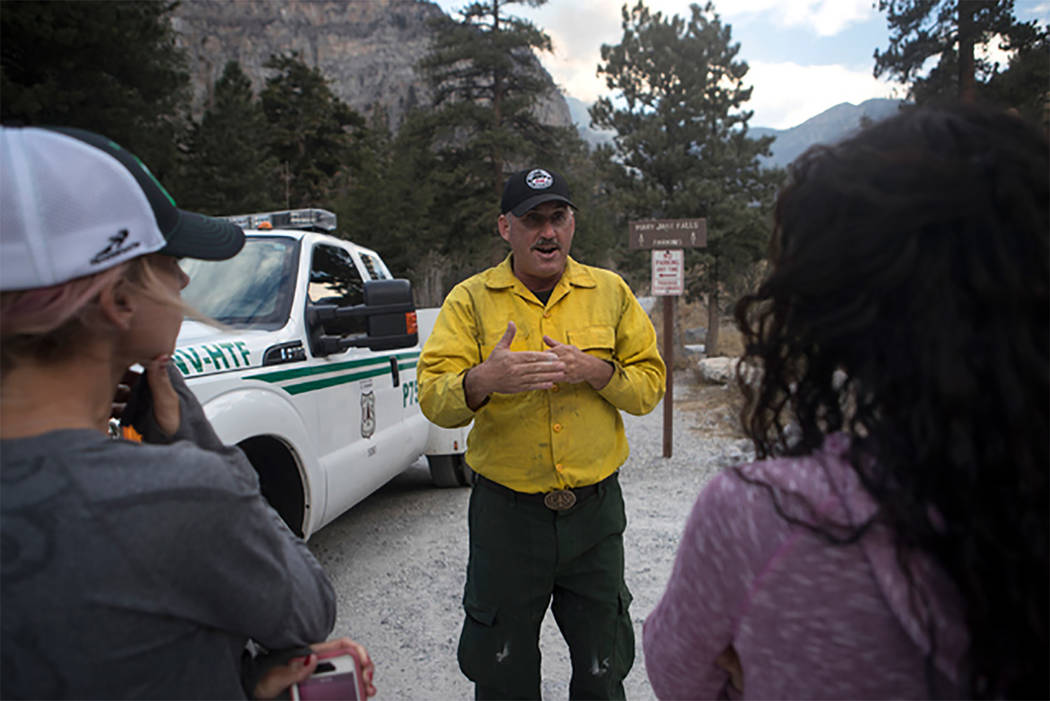 Special to the Pahrump Valley Times Career fire prevention technician Ray Johnson was recently recognized for his efforts during the past 24 years at the Humboldt-Toiyabe National Forest Spring Mountains National Recreation area. Johnson was awarded the prestigious 2017 Bronze Smokey Bear Award, for his work educating the public about the dangers, causes and prevention measures associated with wildland fires in Nevada.

A career fire prevention technician on the Humboldt-Toiyabe National Forest Spring Mountains National Recreation area was recently recognized for his efforts for the past 24 years.

Johnson received the national award for his work educating the public about the dangers, causes, and prevention measures associated with wildland fires.

Johnson has worked in fire prevention and fire information on the Humboldt-Toiyabe National Forest for 18 years.

Prior to that time, he put in six years with the National Park Service.

Johnson has visited more than 50 Southern Nevada public schools in 2016 and 2017 to share fire safety and prevention messages.

During his tenure, Johnson has spoken to nearly 100,000 kids, while conducting countless television, radio, and newspaper interviews.

Additionally, Johnson has worked with Spanish-speaking media outlets to share the fire prevention message with the local Hispanic community.

“Ray has been instrumental over the last several years helping to get fire prevention messaging out to communities across Southern Nevada,” Thaler said. “He has helped to foster several generations of land stewards and his work has helped prevent countless wildfires.”

For roughly 60 years, the National Smokey Bear Awards Program has recognized organizations and individuals for outstanding service while making a significant impact in wildfire prevention programs.

The awards are presented by the Cooperative Forest Fire Prevention Program and is sponsored by the U.S. Forest Service, the National Association of State Foresters, and the Ad Council.

To learn more about how to live more safely with the threat of wildfires, visit www.livingwithfire.info