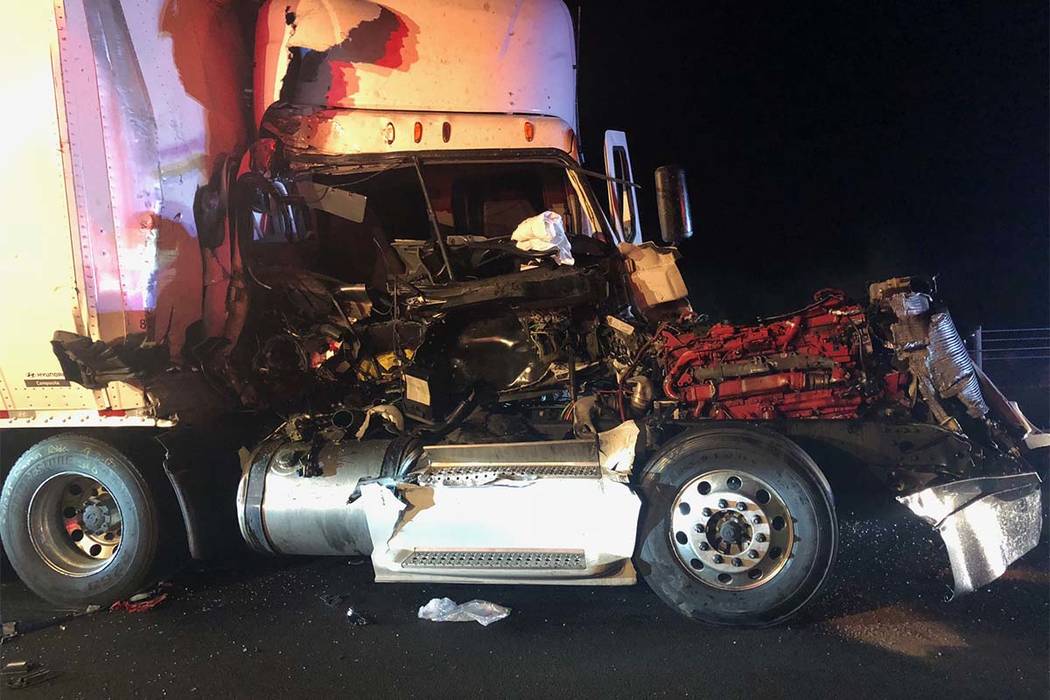 No one was killed in this Thursday, Sept. 6, 2018, accident on Interstate 11 near where two people were killed last week. (Nevada Highway Patrol) 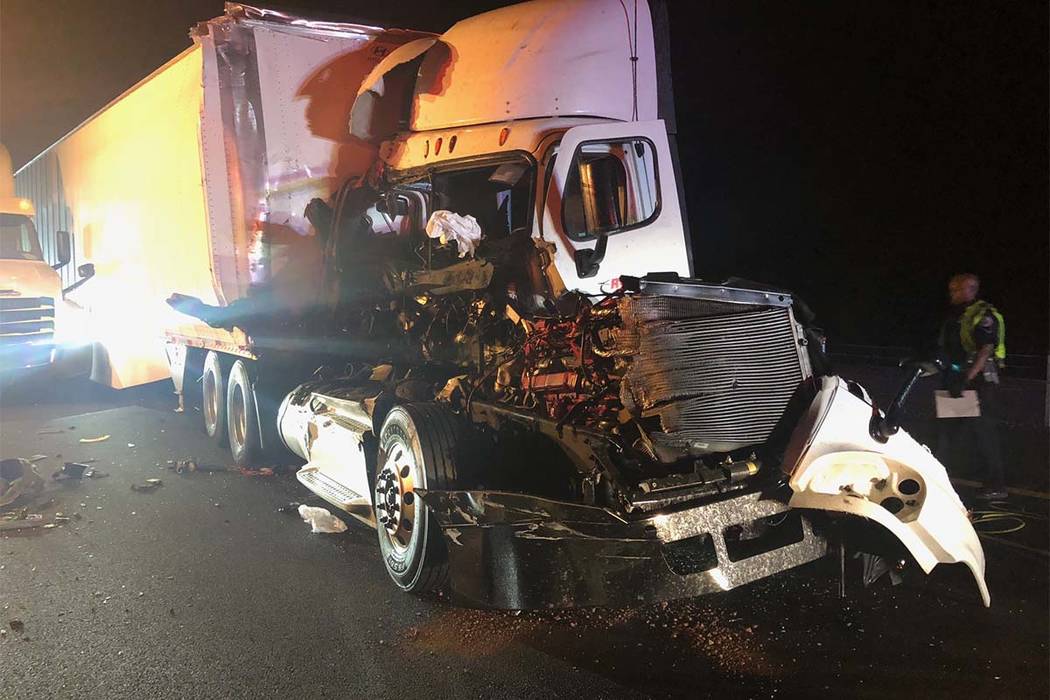 No one was killed in this Thursday, Sept. 6, 2018, accident on Interstate 11 near where two people were killed last week. (Nevada Highway Patrol)

Nevada Highway Patrol is investigating a four-vehicle crash on Interstate 11.

The crash was reported just before 2 a.m. Sept. 6 on northbound I-11 near mile marker 9, according to Highway Patrol spokesman Jason Buratczuk. Two of the four vehicles involved are semitrailers, and the highway was closed for several hours while crews removed the damaged trucks from the scene.

No one was killed in the crash, but three people were transported to St. Rose Dominican Hospital, Siena campus, in stable condition, Highway Patrol spokesman Travis Smaka said.

Smaka said a semitrailer was attempting to stop as it approached traffic, caused by officials investigating an earlier crash. The semitrailer then hit another semitrailer, which crashed into two other cars.

A little more than a week ago, two people were killed around the same mile marker 9 spot.

In an Aug. 14 crash, two others died when the driver of a sedan tried to make a U-turn.

The highway has been open since early August.