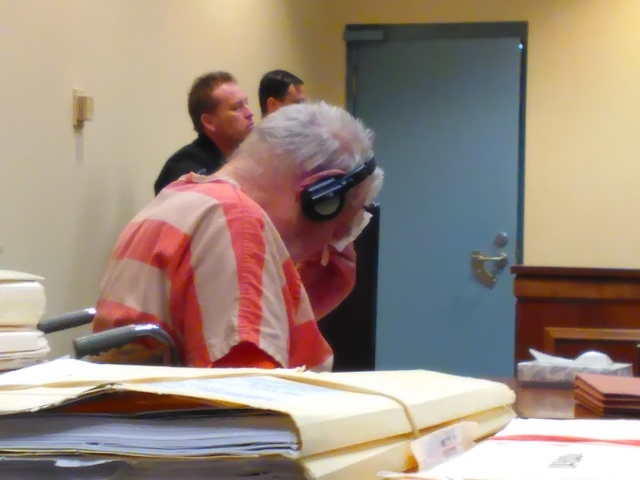 The man arrested and charged with lewdness with a child under 14 years of age was sentenced to 12 1/2 years in prison on Monday, according to the guilty plea agreement.

Keith Norel Yoerger, 79, will also have to register as a sex offender, undergo lifetime supervision and pay fines and fees totaling $2,228, for sexually assaulting a young child.

“Your honor, my client has been a law-abiding citizen for 79 years and this is a probation-eligible offense,” he said. “He was analyzed by a licensed clinical social worker who found him to be a low-risk to reoffend. He was completely honest with the deputies and he came clean. He regretted what he did and had a lot of remorse for it. He felt very bad.”

While Gent acknowledged the seriousness of the crime, he asked Lane to consider the age of Yoerger.

“To commit this kind of crime you’d have to be sick in the head and he is sick mentally,” Gent said. “I don’t believe it would be beneficial to society to lock up my client.”

“The state would ask that the maximum penalty be imposed so that this girl will not be violated by him again or any others,” she said. “What he did was reprehensible, it was terrible and this child will never be able to go back and enjoy being a five-year-old girl ever again.”

Prior to Lane’s ruling, the victim’s mother told the courtroom her daughter’s life has changed forever.

“I have to accept that my 5-year-old baby girl will not be the same and I can only hope that she can move past this,” she said. “I hope you keep him behind bars for as long as possible.”

Samuels too, gave Lane her assessment of the victim after meeting with the child.

“This 5-year-old girl is supposed to be playing with dolls, watching TV and playing with friends and do to sleepovers,” Samuels said. “Her childhood had been taken from her.”

Yoerger was arrested Dec. 2 on lewdness with a minor, child sexual abuse and sexual assault with a child under 14.

Nye County Sheriff’s Office deputies were dispatched to a Pahrump residence regarding a report of child molestation. At their initial investigation deputies were told a 5-year-old child had been sexually molested.