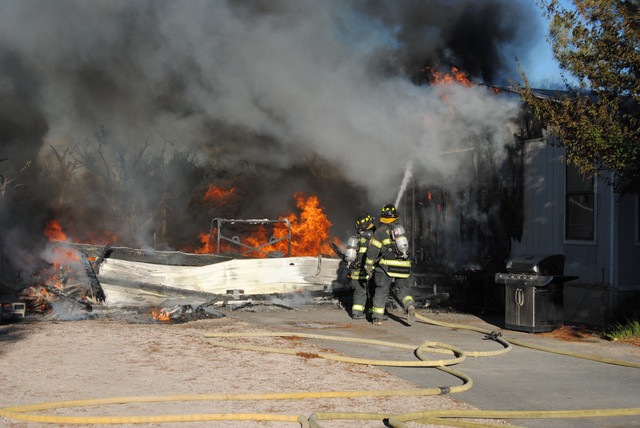 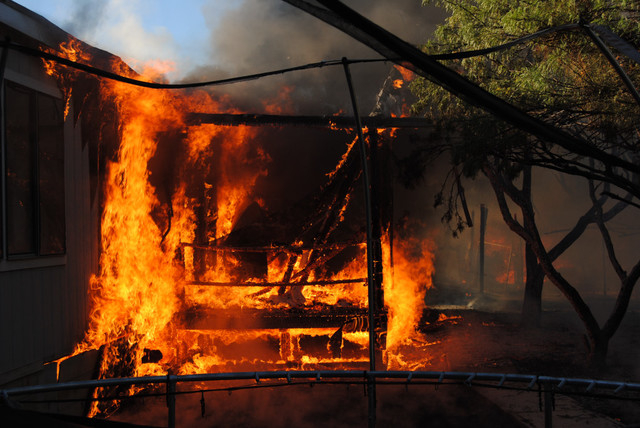 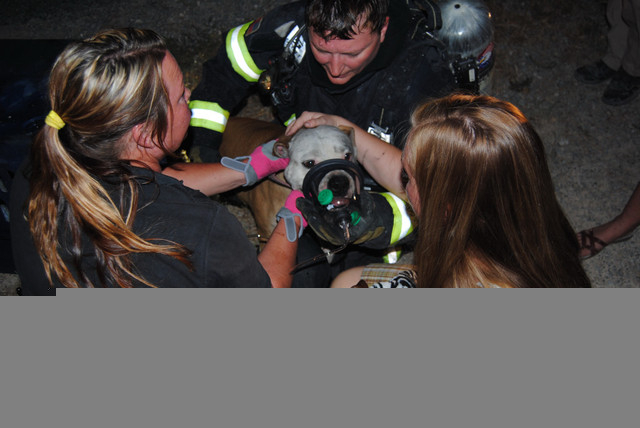 Pahrump Valley Fire and Rescue crews responded to several structure fires in recent days. One of the fires led to the arrest of a local juvenile.

On Saturday, fire crews arrived at the scene of a structure fire along the 4900 block of Laughlin Road just before 6 p.m.

The fire destroyed the home and left occupants with little more than the clothes they were wearing.

PVFRS Chief Scott Lewis said crews initially had a tough time trying to extinguish the flames, which also touched off a mesquite grove on the property.

“The initial reports indicated a two-car garage that extended into the primary dwelling. On arrival we found that the garage was leveled and the fire extended into the attic space and the underside of the structure. It was advancing at such a quick pace that it was abnormal,” he said.

The fire chief said he was able to learn about the cause of the fire after speaking to a teenager who lives in the area.

“The witness told us that they saw a small child sitting across the street just watching the fire. After we followed up, we ended up with the arrest of an 8-year-old neighbor who without permission allegedly went on to the property and lit a flammable liquids fire in the attached two-car garage. The delayed detection and notification created rapidly advancing fire conditions,” he said.

Lewis also said equipment that was recently purchased by the department was crucial in saving the lives of several animals trapped inside the home.

Fire crews initially thought the animals perished during the height of the fire.

“We ended up locating three dogs and we found them alive. We brought them out to safety and used all three of our new pet oxygen masks. They were in their portable kennels and unable to egress. All around them, except for that particular area where they were, the floor was gone. It was a pretty remarkable situation,” he said.

Several vehicles at the home, including an ATV were all destroyed.

Just two days prior, crews were summoned to a residence on the far north end of town along Ambler Way.

Once on scene, Lewis said the fire conditions were more pronounced than what crews were anticipating.

“On arrival we actually had several structures. It was the primary double-wide dwelling, several single-wide with accessory outbuildings, all of which were heavily involved in fire,” he said.

Due to the scope of the fire, crews were forced to focus on extinguishing the exterior of the home before they could mount an interior offensive.

Lewis said he believes there was a possible delayed detection, which caused a delayed notification of the fire shortly after it started.

The deputy state fire marshal is investigating the cause of the fire. Lewis said propane tanks at the site were compromised.

“There was at least one fixed propane tank to the rear of the property which was venting and quickly extended the scope of the fire to a nearby structure,” he said.

Additionally, Lewis said five occupants of the home were unaware of the fire conditions until a visitor paid a visit to the home.

“A sixth person arrived and discovered the fire involving the structure at the rear of the property. They all safely egressed and the fire department was then notified. There was substantial damage from the heavy fire load. We had it under control in less than an hour of our arrival. The crews did a great job because they also handled additional calls for service during that time, so there were no service interruptions either,” he said.