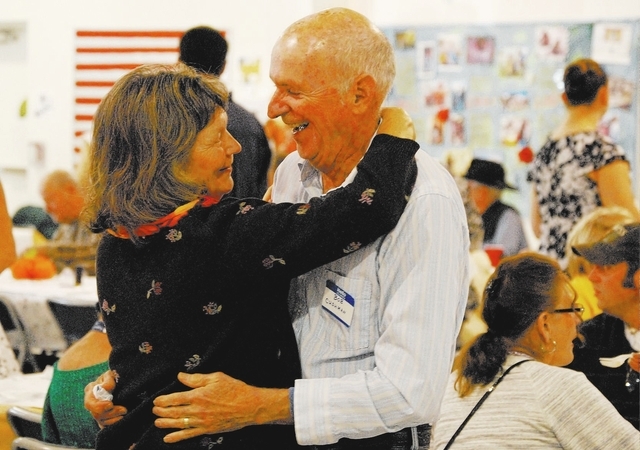 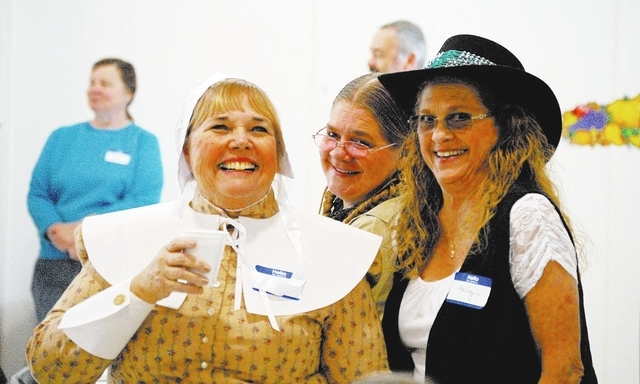 A host of community organizations came together to serve some 800 residents dinner on Thanksgiving, even delivering meals to the homeless and homebound.

The annual event was held last Thursday at the NyE Communities Coalition (NyECC), which worked alongside the community’s Holiday Task Force to serve up heaping helpings of traditional holiday fare.

Two strategies were executed to make the event a success. First, volunteers guided by the county’s assistant sheriff, Rick Marshall, were organized to deliver meals to those who couldn’t make the trip to the coalition’s campus at 1020 E. Wilson Rd. Second, volunteers were organized into groups of four, working as servers distributing hot meals to tables for those who were able to come.

A third group of volunteers started days before the dinner event, placing holiday decorations throughout the coalition’s multipurpose room, getting the food prepared and ready to be served, keeping the facility sanitized and promoting the event.

Veterans were given special recognition by having several reserved dining tables in the front row next to the stage. Along with traditional Thanksgiving ornamentation placed on the tables, there were several American military displays showing reverence for their service.

Billy Orum, a Holiday Task Force volunteer, said he was thankful the event went off without a hitch.

“This community is such a giving community. We are so grateful, we have always met our goals,” he said.

The day started off with Marshall’s volunteers entering the building and registering for the day’s activities. After registering they were given directions to where meals needed to be delivered. At about 10 a.m., volunteers were sent on their way with meals in hand. A few made multiple runs. Almost 160 homebound individuals and homeless were able to enjoy the Thanksgiving meal due to the efforts of the volunteers.

For those volunteers who decided to work in the multipurpose room as servers, nametags were given for easy communication with event attendees. The original Task Force volunteers were busy in the kitchen packaging meals for delivery. They were also preparing food for the volunteer servers.

The event had lots of music, dancing, conversation, hugging and loads of laughter. Santa Claus stopped by and had dinner and conversation with attendees.

“The people that have been so involved in their community through their local churches, businesses and organizations bring so much experience to the event that it makes the event an explosive culmination of happiness,” said Linda DeMeo, one of the event’s chief organizers.

As the day came to a close, volunteers worked together cleaning up and resealing leftover food to be redistributed.

“Nothing goes to waste, everything goes back to the community,” Orum said.