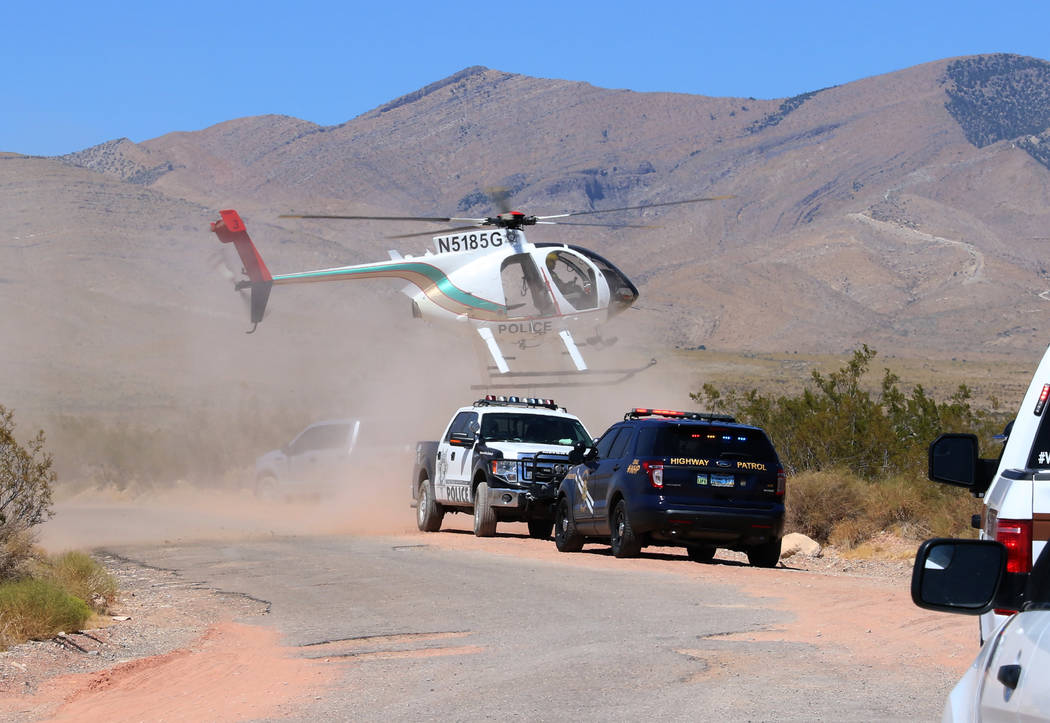 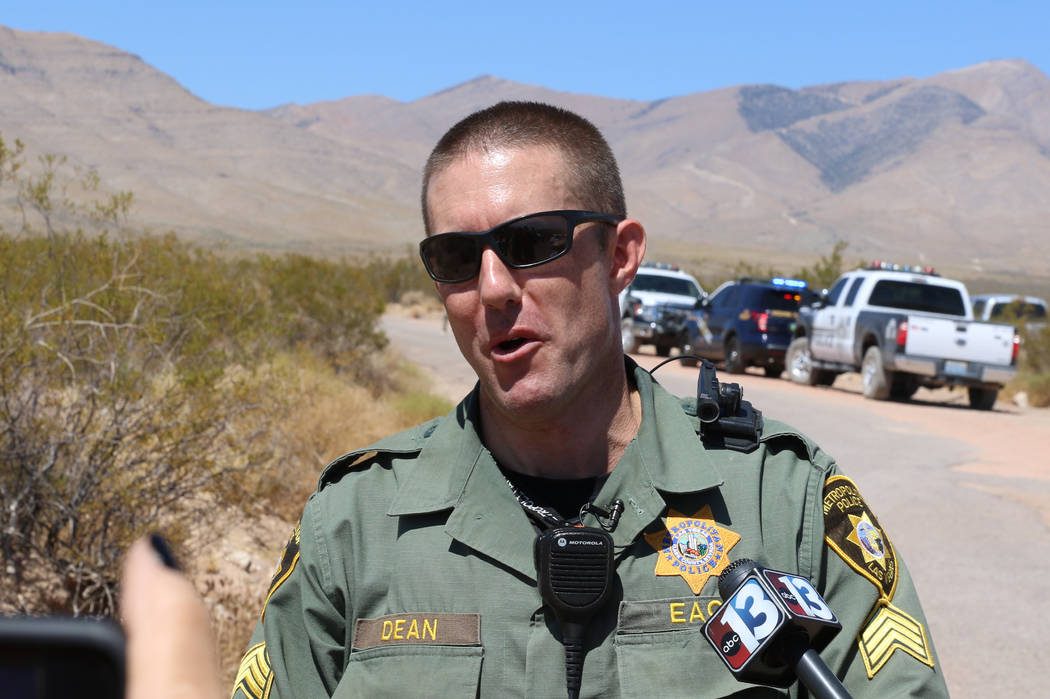 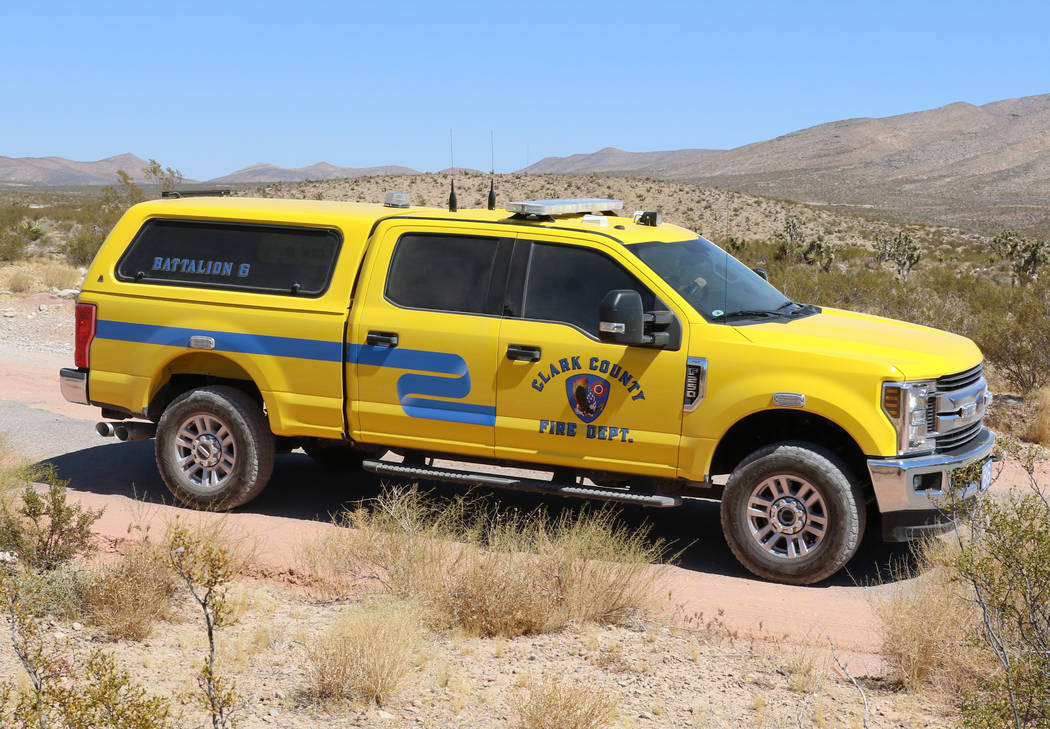 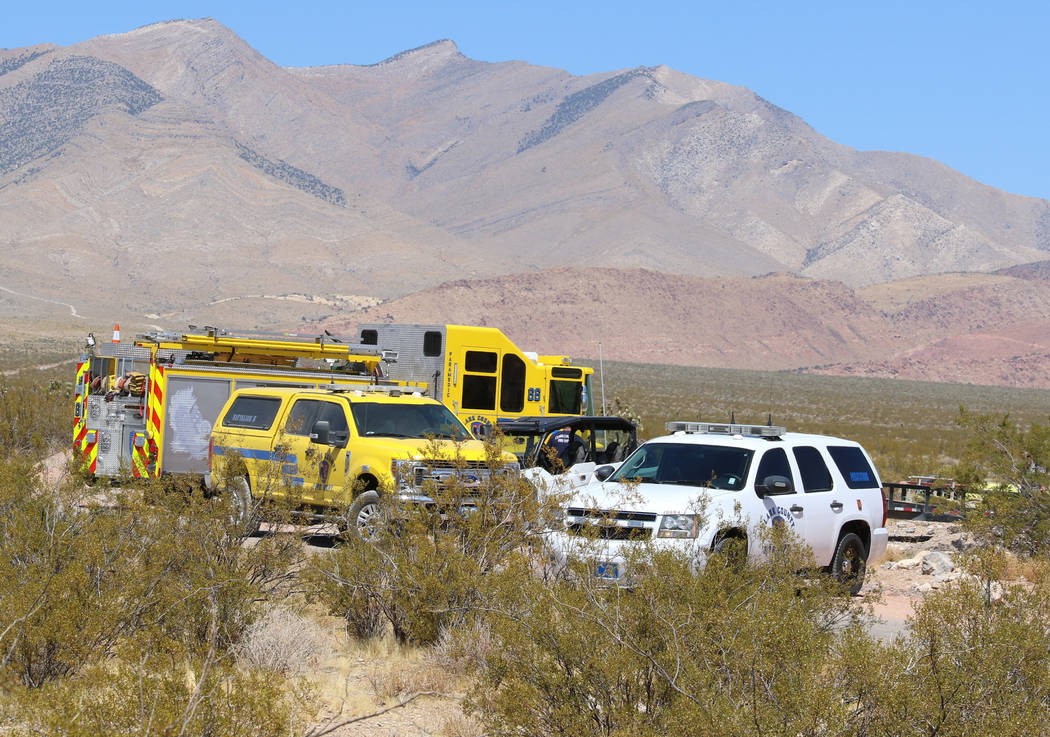 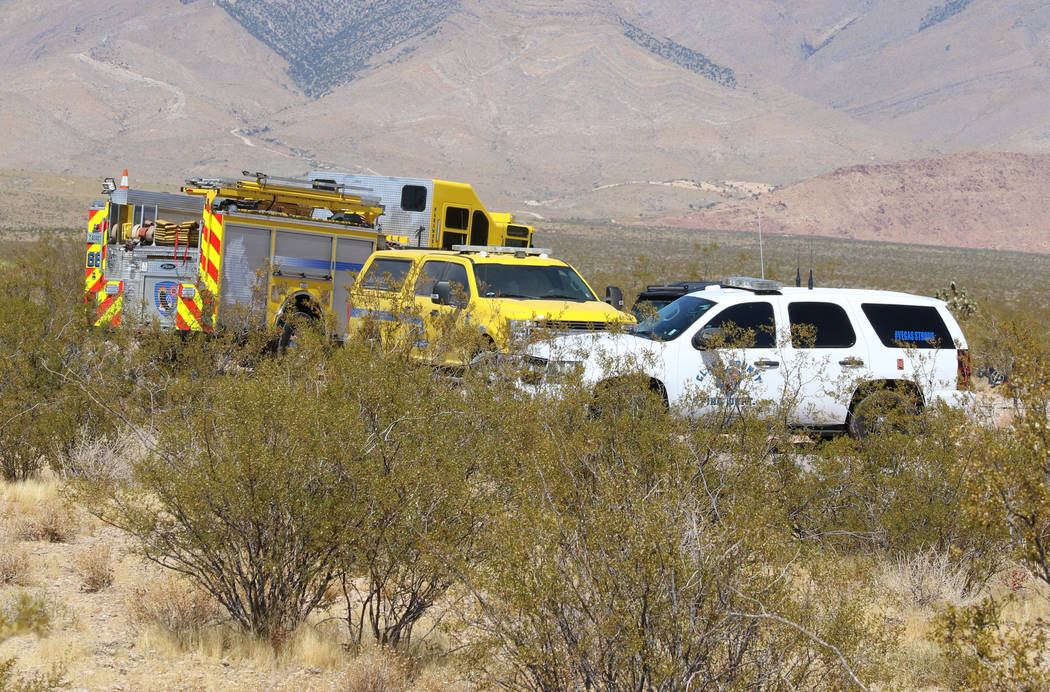 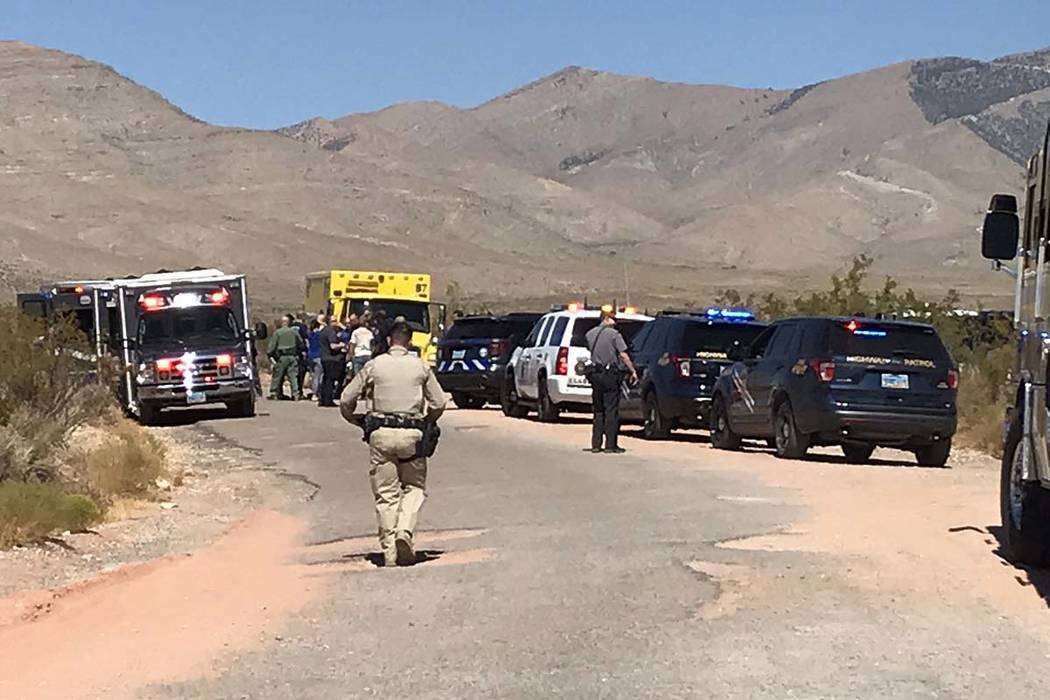 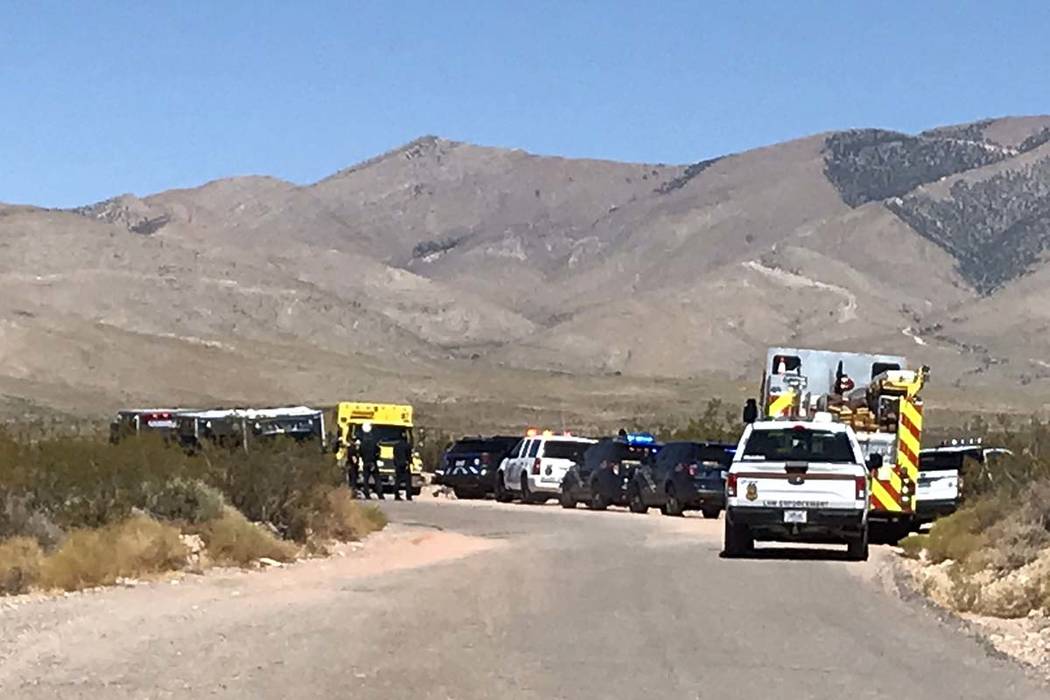 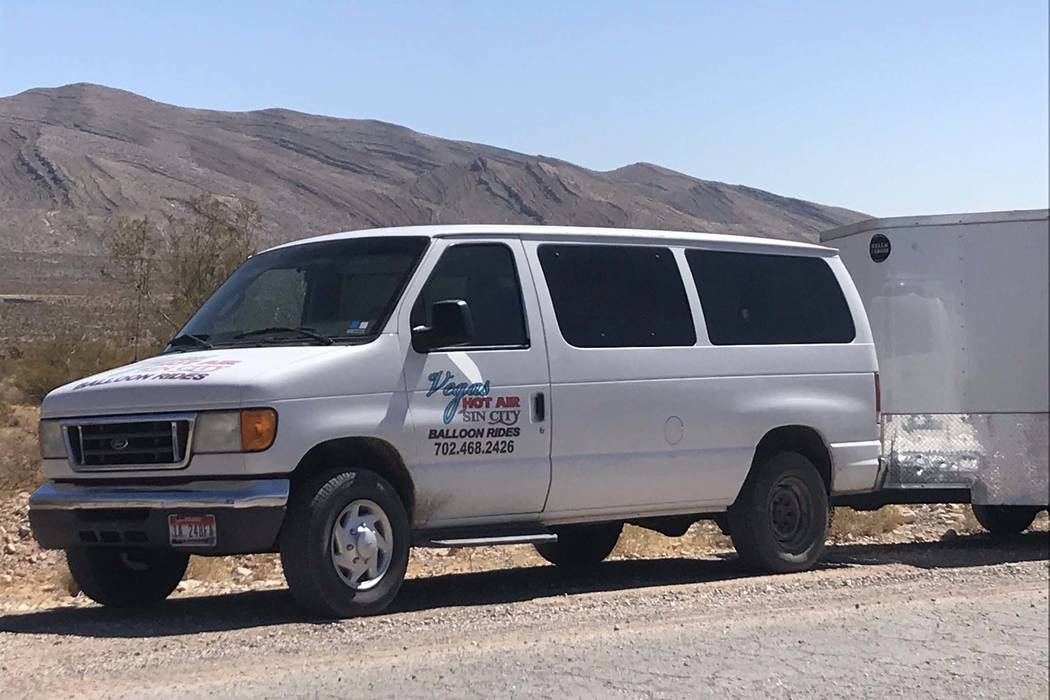 A crew of people arrived in this vehicle at the scene of a hot air balloon crash near Goodsprings, southwest of Las Vegas, Thursday morning, Sept. 12, 2019. (Max Michor/Las Vegas Review-Journal) 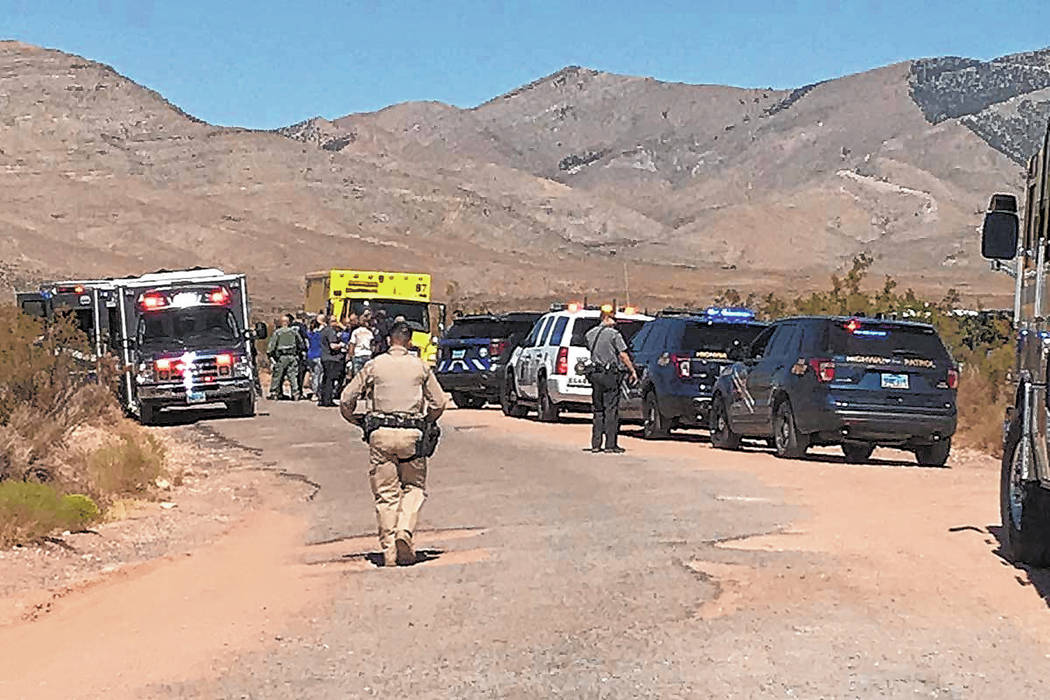 Nine people were injured when a hot air balloon made a hard landing in a desert area near Goodsprings, southwest of Las Vegas.

When the balloon’s basket hit the ground, it tipped over and several passengers were ejected, Dean said.

One woman was transported by helicopter to a local hospital with serious injuries but was expected to survive.

Dean said the other eight passengers suffered minor injuries and were transported to local hospitals by ambulance.

At 11 a.m., emergency vehicles crowded along Goodsprings Bypass Road. Medical personnel loaded one person on a stretcher into a waiting ambulance as another pulled away.

Just before noon, two vehicles from Las Vegas Hot Air Sin City Balloon Rides pulled up and a group of people in matching shirts walked into the desert.

They declined to speak to reporters.

A phone call to the company went unanswered.

The Federal Aviation Administration is investigating, Dean said. He said it was unclear why the balloon made a hard landing.

The National Weather Service clocked winds at Mountain Springs Peak, to the north of the crash site, at between 7 and 15 mph at 8 a.m., and said surface winds in Jean were increasing at the time, starting at about 5 mph at 8 a.m. and reaching 15 mph by about 10. a.m