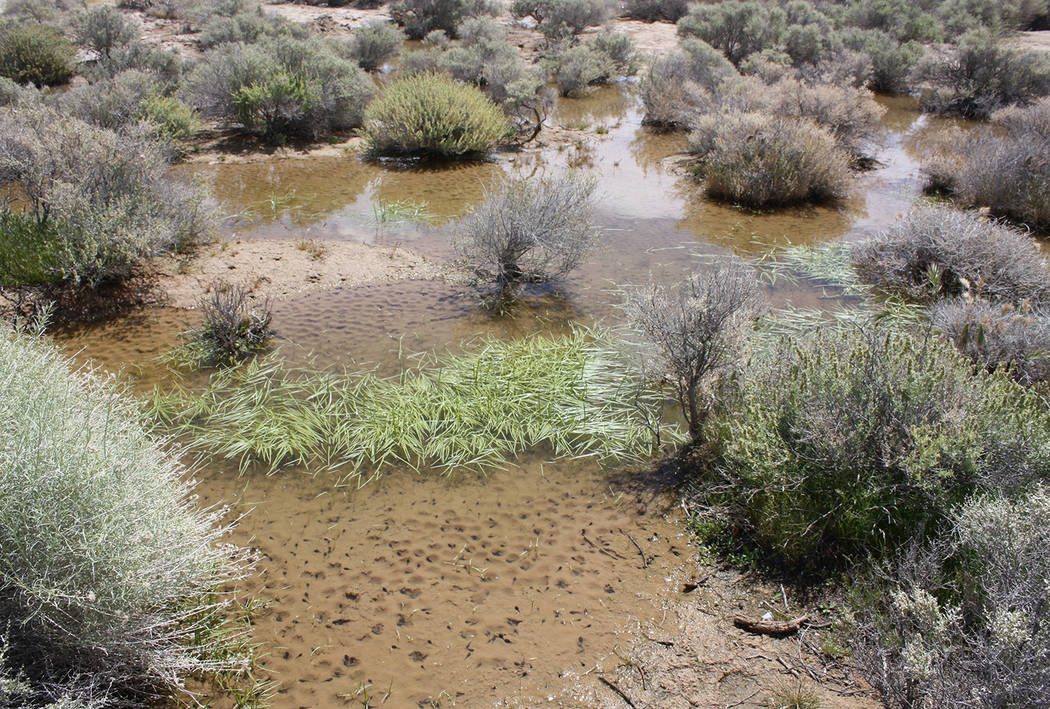 Robin Hebrock/Pahrump Valley Times The shimmer and ripple of shallow water creates a scene of constant movement in what has become a nursery to the largest tadpole population ever recorded on this Pahrump area property. 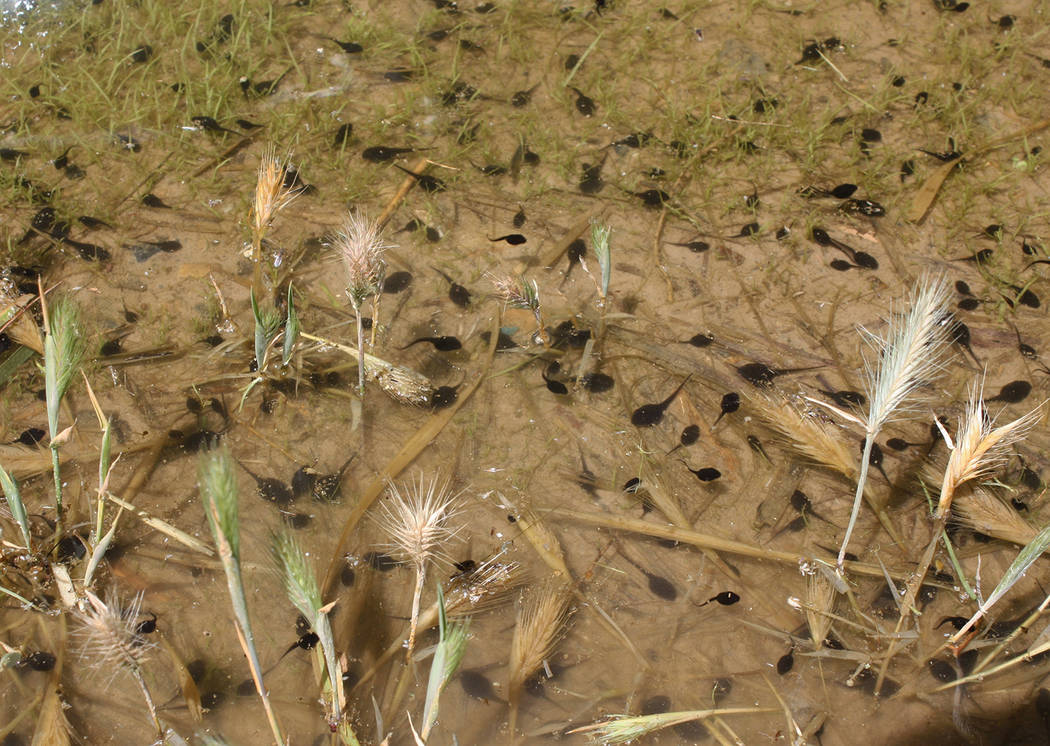 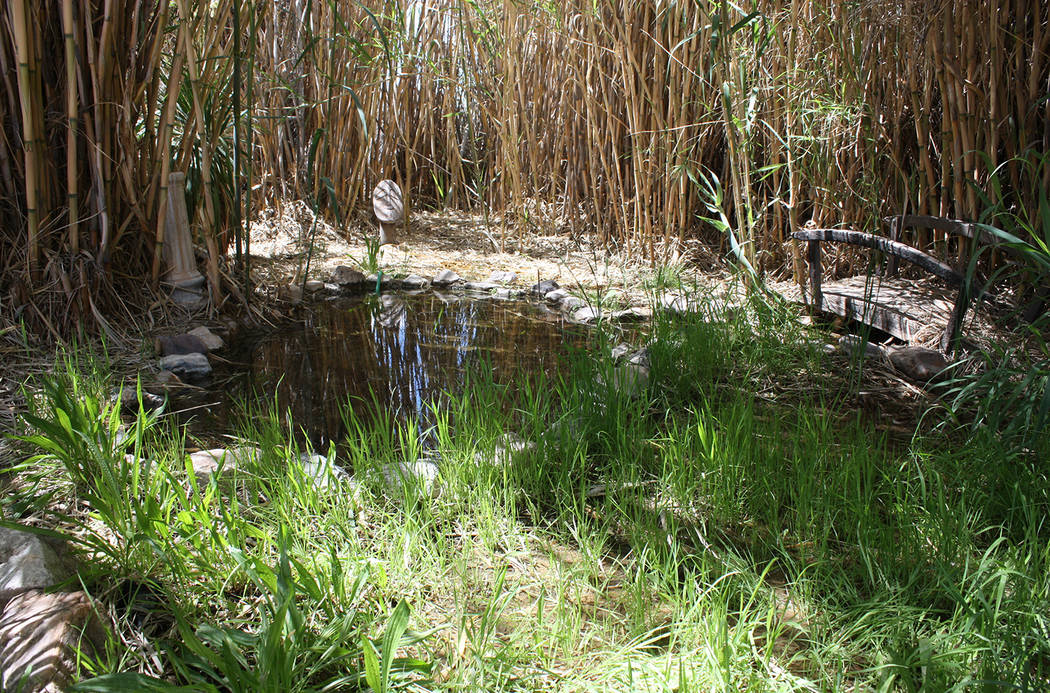 Robin Hebrock/Pahrump Valley Times Pictured is the pond that spurred the creation of the artificial wetland on local resident Brian Turner's land. 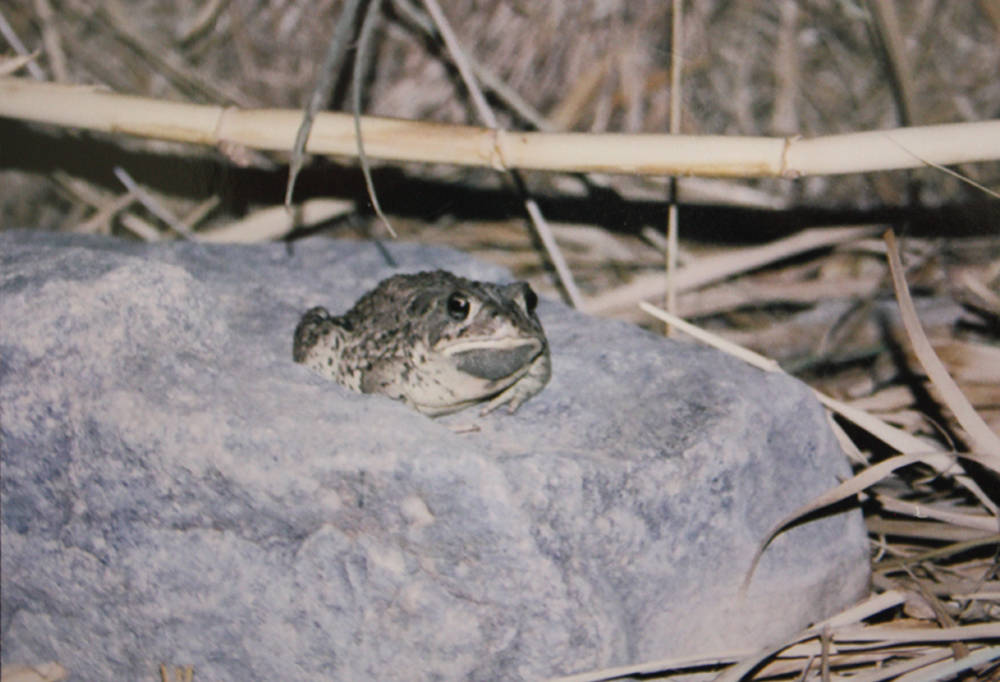 Special to the Pahrump Valley Times Taken a few years ago, this photo shows the adult western toad. 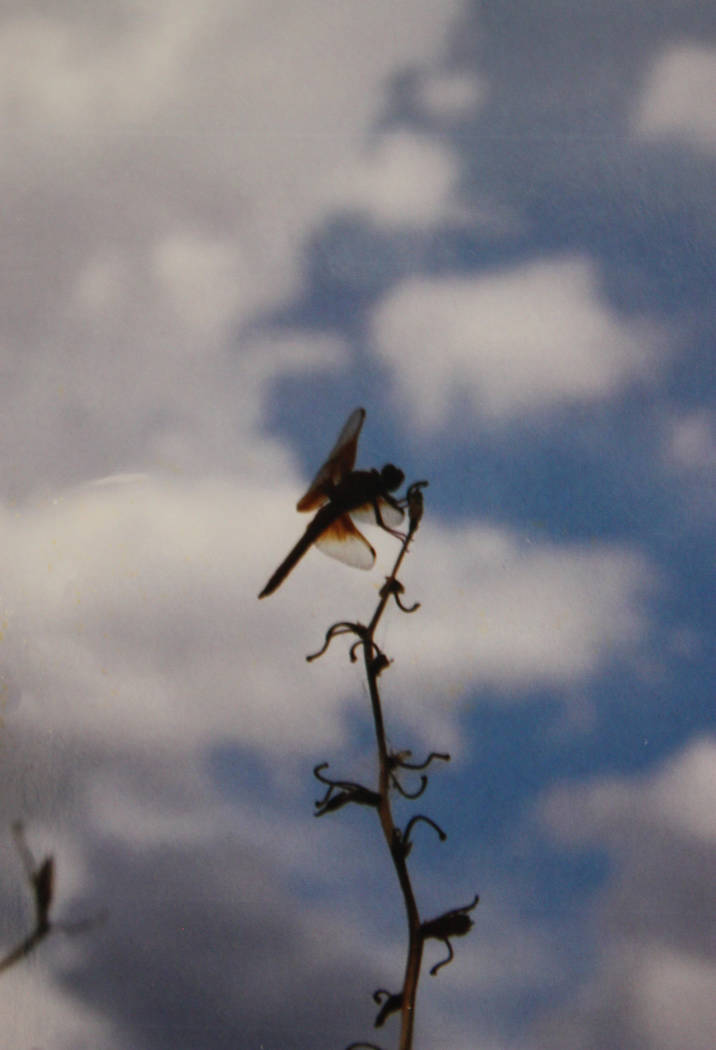 Special to the Pahrump Valley Times Other species live alongside the western toad at Brian Turner's home, such as this flame skimmer dragonfly shown here. 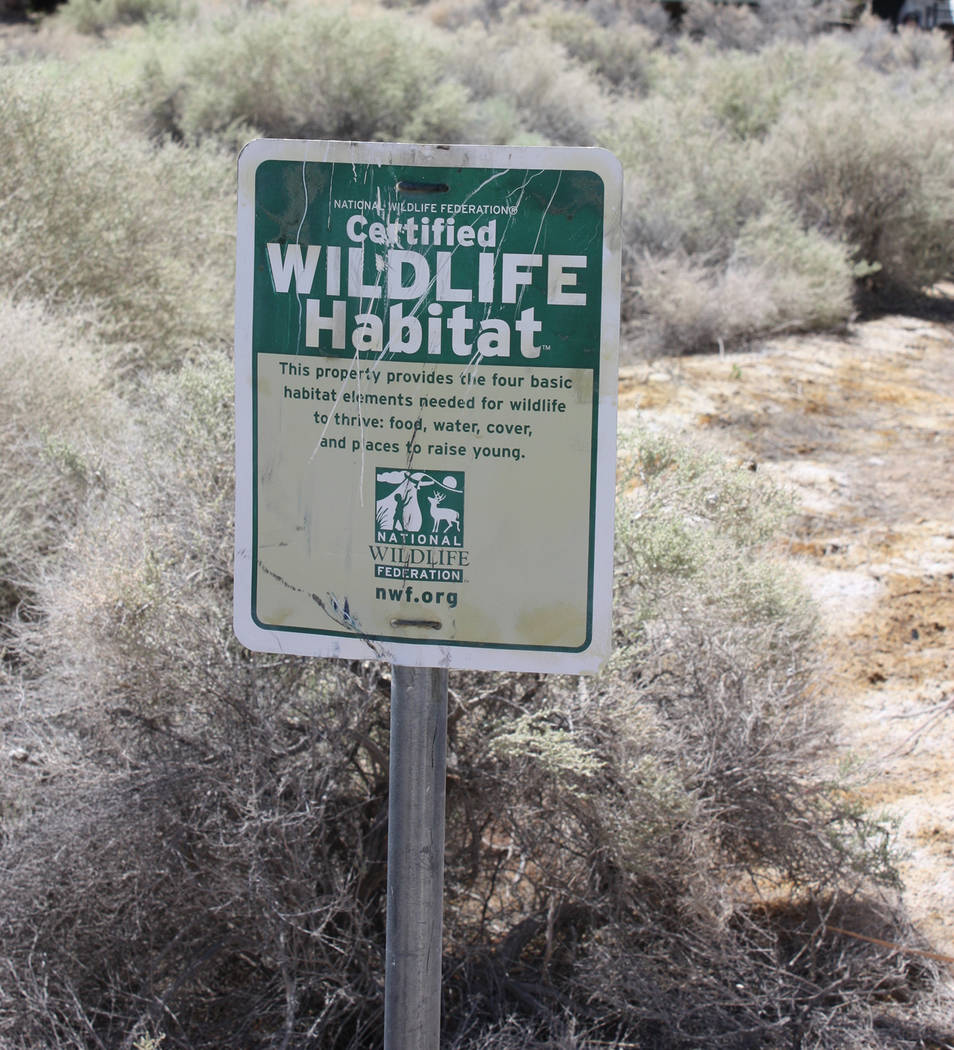 Robin Hebrock/Pahrump Valley Times A certified wildlife habitat sign has sat in front of Brian Turner's home for the past dozen years.

Down a rough and rutted gravel road just off Leslie Street on the north side of town, mountains create a backdrop and vast open space surrounds a lot that has been transformed into something of an artificial wetland. The natural variations in the earth’s surface, dipping and rising at random, form depressions large enough to hold life-giving water in just the right amount for Bufo Boreas , the western toad.

The artificial wetland was created by Pahrump resident Brian Turner, who started with a man-made pond in his backyard and eventually expanded the water supply to flow through his front yard as well. Possibly due to the unusually wet and cool weather the valley has been experiencing this year, and the consequent rise in the insects that the western toad consumes, the tadpole population at Turner’s home, always fairly steady in the past, has now skyrocketed.

A visit to the property located on West Cordova Place near Rio Grande Road in late May revealed a sight the scale and scope of which is difficult to describe, with thousands upon thousands of the squiggly little creatures developing in the barely inches-deep water, wriggling in masses through the moisture-laden environment.

Though they are still young and just developing, when they come to maturity, watching them crawl and hop around and listening to the cacophony created by their calls is bound to be quite an experience, Turner said. He’s not certain how many of the tadpoles will grow to full-size toads in the coming weeks but he said he’s confident it will be the largest population of adult toads he’s ever had on his land.

It’s not just the western toad that calls the property home, either.

Turner, who is an enthusiast when it comes to the many critters and creatures that reside in the valley, has documented the presence of dozens of species ranging from mammals and birds to amphibians, reptiles, insects and arachnids.

Coyotes and bats, hummingbirds and sparrows of varying varieties, snakes and lizards, scorpions, spiders and much, much more have found the area well-suited to their needs.

Because his yard provides all the necessary elements for these species, it was also certified as a wildlife habitat area by the National Wildlife Federation roughly 12 years ago, he detailed.

Turner said his goal is simple, to ensure the indigenous species of Pahrump have the opportunity to flourish and thrive.

Creating a certified wildlife habitat is something nearly anyone can do and Turner encouraged other locals to consider ways in which their own yards could be used to help sustain the animals and insects that are native to the area.

A little water, some plants for shelter, food and proper breeding grounds are all it takes to provide a habitat. Guidelines and requirements for receiving certification from the National Wildlife Federation can be found online at www.nwf.org