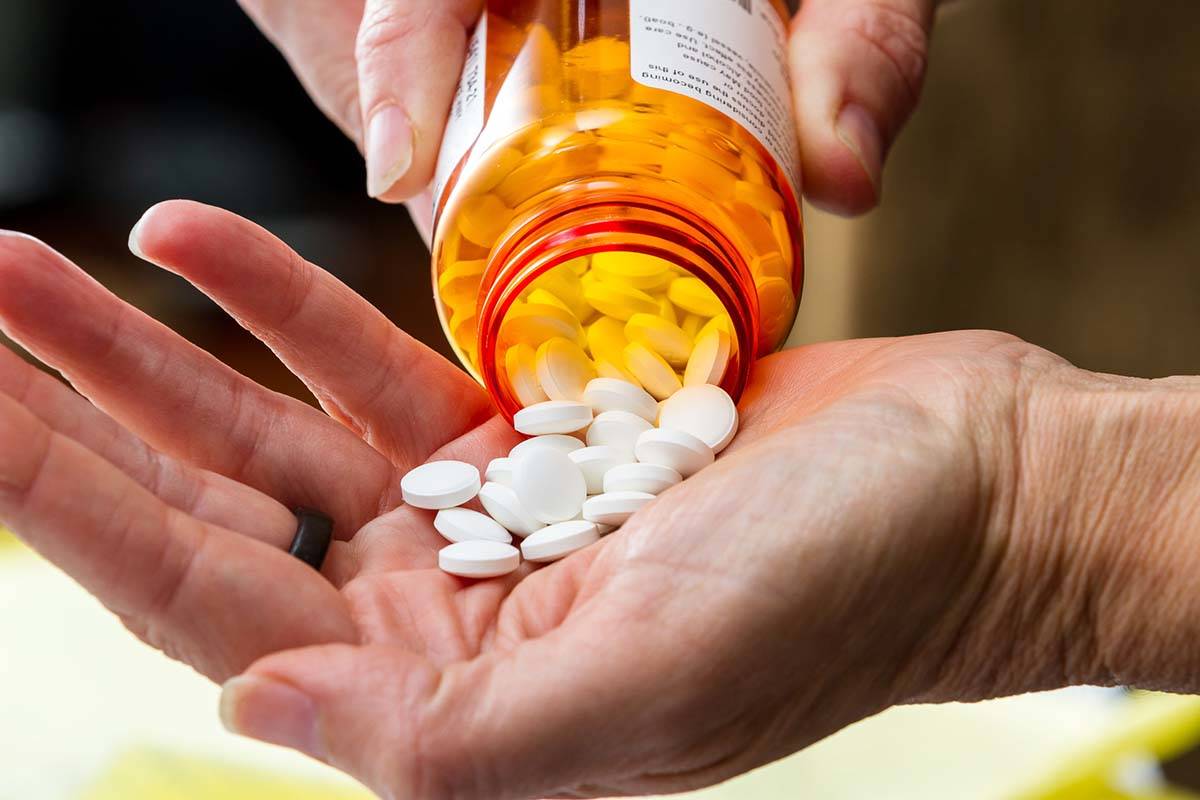 Getty Images Information from the Nevada State Unintentional Drug Overdose Reporting System show deaths increased from 263 to 359 for the January through June time periods in 2019 and 2020,” a release from DHHS stated.

“Information from the Nevada State Unintentional Drug Overdose Reporting System show deaths increased from 263 to 359 for the January through June time periods in 2019 and 2020,” a release from DHHS stated. “Fentanyl overdoses nearly tripled in the first part of 2020.”

“These are troubling trends,” said Dr. Stephanie Woodard, Nevada Department of Health and Human Services senior adviser on Behavioral Health. “We must redouble our efforts to keep our communities, families and friends safe. Taking medications that are not prescribed to you can be dangerous, especially if that medication may contain harmful substances that you may not be aware of. The opioid overdose antidote, Naloxone, is available free in communities statewide and I encourage Nevadans to learn about this life-saving resource.”

Risk exists with prescribed opioids, but counterfeit pills are also an issue and can be deadly.

“Deaths attributed to benzodiazepines, which are psychoactive drugs that act as depressants, doubled during this time period (from 44 to 88),” according to the state. “Deaths attributed to gabapentin, which are drugs that prevent and control seizures and are prescribed for nerve pain, almost tripled during this time period (from 10 to 29).”

DHHS states, that it’s “difficult to determine if these deaths were a result of prescription drug diversion or due to illicitly-pressed pills.”

The OD2A program cautions Nevadans against taking pills that do not come from a pharmacy and if they are not prescribed to you. Communities of color are disproportionately impacted in Nevada, where overdose in the Hispanic community increased 220% from 2019 to 2020.

Naxalone, a drug that can be used in an opioid overdose situation, can be obtained in Nevada without a prescription.

In the first half of 2020 there was a bystander present in 48% of fatal overdoses, according to the state. DHHS states that if an overdose does occur to call 911 immediately.

“In 2015, Nevada adopted the Good Samaritan Overdose law,” DHHS said in a release. “This law protects an individual from prosecution for many narcotic-related offenses when seeking medical assistance for another person for a drug-related emergency.”

The Nevada State Opioid Response grant supports statewide Naloxone distribution. Information about Naloxone and training to use the opioid-antagonist can be found through NVopioidresponse.org

Nevadans are encouraged to reach out to the following resources if they are looking for Naloxone or treatment resources:

Nevadans can get information for Naloxone or treatment resources from the Crisis Support Services of Nevada by calling 800-273-8255 or text IMREADY to 839863. People can also reach out to the NAMI Peer Support Warm Line at 775-241-4212 or Treatment Connections- Treatment Finder National Drug Helpline at 844-289-0879.