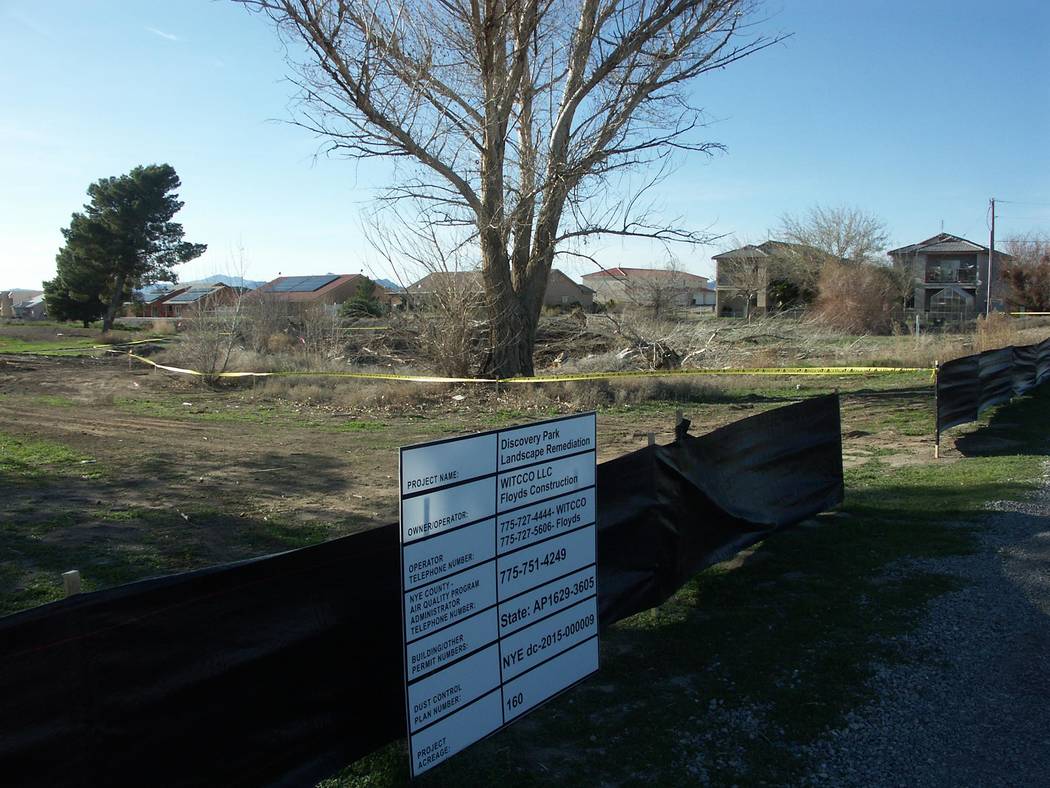 Selwyn Harris / Pahrump Valley Times Great Basin Water Company has been working on remediation of Discovery Park for several years. Part of the remediation plans include the installation of Rapid Infiltration Basins, the subject at the heart of a lawsuit the utility recently won against Nye County. 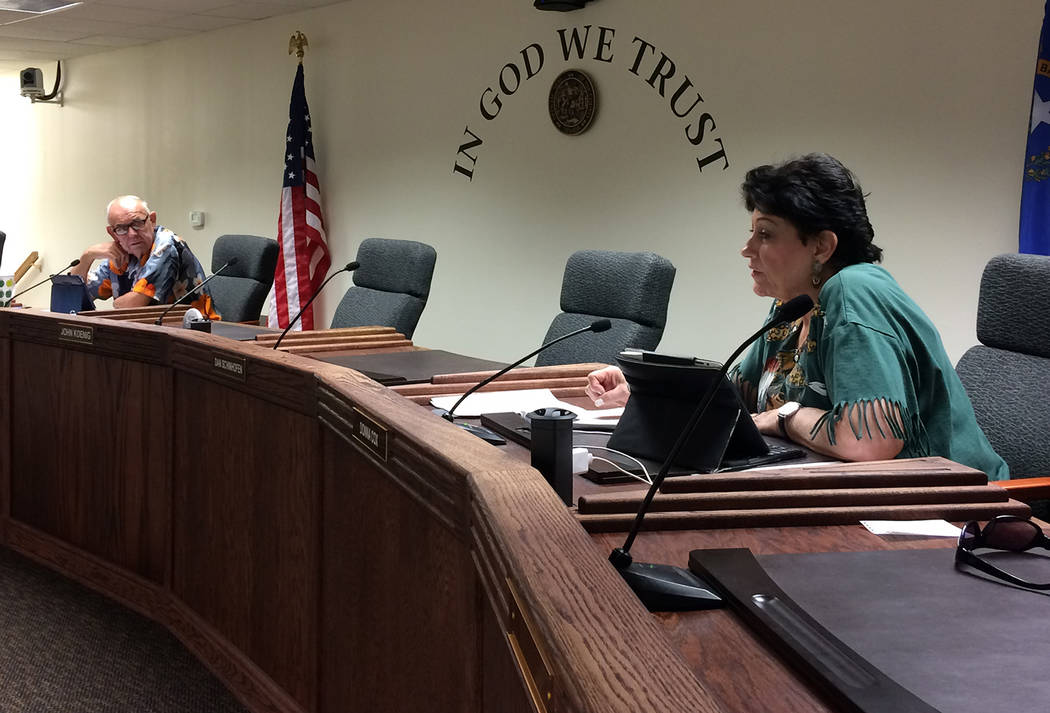 Robin Hebrock/Pahrump Valley Times Nye County commissioners Donna Cox, left, and Butch Borasky, right, were in favor of filing an appeal on the Fifth Judicial District Court's decision regarding Great Basin Water Company's RIBs lawsuit. However, commissioners John Koenig and Dan Schinhofen, attending the meeting in Tonopah, were against the action, leading to a 2-2 vote.

The Nye County Commission was recently found to have violated Nevada’s Open Meeting Law twice in the past two years, with one meeting procedure violation cited by the Fifth Judicial District Court and the other by Nevada Attorney General Adam Laxalt.

As required by law, the commission acknowledged the findings in both situations during its July 3 meeting.

The first item addressed the findings of facts and conclusions of law as detailed in an order issued by the Fifth Judicial District Court in the matter of Great Basin Water Company versus Nye County, case #CV37545.

In this case, Great Basin Water Company was suing Nye County over the utility’s planned installation of rapid infiltration basins at Discovery Park, formerly the Willow Creek Golf Course, as the Nye County Commission had blocked the controversial installation.

In January 2016 Great Basin Water Company had secured a conditional use permit from the Pahrump Regional Planning Commission, which authorized the construction of the rapid infiltration basins. Citing concerns for the safety of the public’s sole-source aquifer, Pahrump resident Kenny Bent quickly filed an appeal to the commission. The appeal was upheld by the commission by a vote of 3-2 in March 2016, overturning the Pahrump Regional Planning Commission’s decision and prompting Great Basin Water Company to file its lawsuit.

Once before Fifth Judicial District Court Judge Kimberly Wanker, it was found that due to the manner in which the vote to uphold the appeal was made, which reportedly did not follow Open Meeting Law, the county action was null and void. Therefore, the court determined that the conditional use permit issued by the Pahrump Regional Planning Commission was in fact still in effect.

The commissioners had the option of appealing the Fifth Judicial District Court’s order at its July 3 meeting but was unable to come to a consensus. Despite urging by the public, in which several residents declared that the intent of the commission’s vote on upholding Bent’s appeal was clear to all after the discussion, the item ended in the deadlock.

Nye County Commission Chair John Koenig initially motioned to acknowledge the findings, which does not constitute admission of guilt, and to continue the option to appeal until the commission’s next meeting. Commissioner Donna Cox did not agree with that course of action, stating that she felt time was of the essence and she wanted to move forward that morning.

She made a new motion to pursue an appeal of the court’s order. When the motion came to a vote, however, the commission was split 2-2 with Cox and commissioner Butch Borasky in favor of appealing the court’s order, commissioners Dan Schinhofen and Koenig against and Lorinda Wichman absent.

In the second Open Meeting Law violation item, the commission was addressing an official opinion issued by Laxalt. The opinion came as a result of an Open Meeting Law violation complaint filed by Nye County resident Neal Jones on a decision the commission made in December 2017. Jones asserted that the vote authorizing the lease of a utility easement in Belmont was illegally made and the AG concurred.

Due to this fact, the commission’s approval of the utility easement lease was made improperly. That point was moot, however, as the request for the easement had already come back before the commission with the correct information, at which time the request was withdrawn. Thus, there was no need for the commission to take any further action on the item that morning.