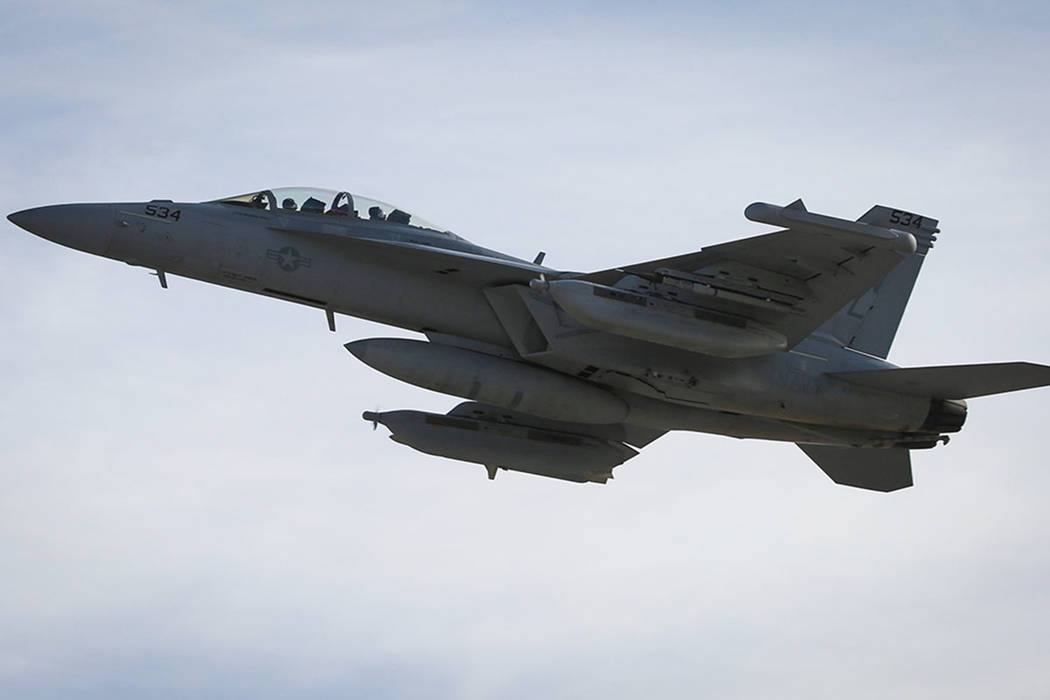 An EA-18G Growler takes off from Nellis Air Force Base during Red Flag on Thursday, Feb. 2, 2017, in Las Vegas. (Las Vegas Review-Journal)

No serious injuries were reported after a Royal Australian Air Force aircraft aborted its takeoff and caught fire at Nellis Air Force Base, officials said.

“All personnel are safe,” the release said.

The aircraft never made it off the ground, Sukach said.

In a statement, the Australian Defence Force said the aircraft involved was an EA-18G Growler, an aircraft specializing in electronic warfare.

“Defence is currently working with the United States Air Force to investigate and will provide an update with further details once known,” the statement said.