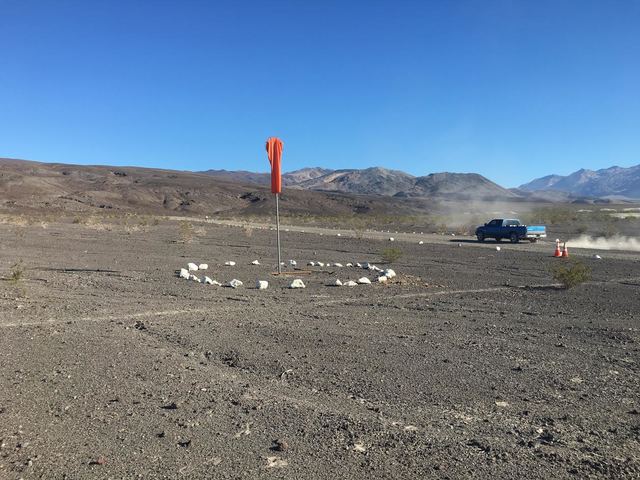 The notoriously dangerous Chicken Strip reopens in Death Valley National Park, after being closed for nearly four months due to flood damage. Photo courtesty of NPS

The National Park Service closed the Saline Valley airstrip, also known as “The Chicken Strip” due to safety concerns after a storm washed it out in July.

“We really appreciate the work the Recreation Aviation Foundation put in to get this airstrip back into a condition that pilots can land safely,” said Mike Reynolds, Death Valley National Park superintendent. “Their timing is perfect; interest in Saline Valley is picking up as the weather cools down.”

The Chicken Strip, which is approximately 1,400 feet long and 35 feet wide, is known among pilots for being a difficult backcountry landing strip. The airstrip is located in Saline Valley, a remote western part of Death Valley.

In the last year, there has been three incidents at the Chicken Strip, including two before the flood damaged the airstrip.

On June 5, a plane crashed while attempting to land before the storm damaged the area. Then on July 1, a parked plane flipped over due to high winds.

The only flood damage-related incident occurred on July 12 when a plane aborted an attempted landing at the Chicken Strip due to storm damage to the runway surface.

The Chicken Strip is maintained by volunteers coordinated by the Recreation Aviation Foundation under a Memorandum of Understanding with the National Park Service.