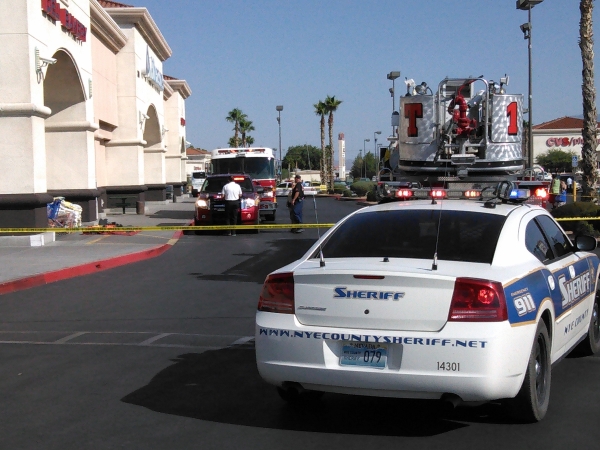 A Freon gas release sent at least two employees to Desert View Hospital and forced the evacuation of Albertsons supermarket for more than five hours on Friday.

The retailer also lost an untold amount of revenue as food items were tossed out due to contamination and a half-dozen tour buses packed with tourists were turned away while emergency crews worked to mitigate the situation.

“Upon our arrival we found it was a leak from the refrigeration system in the produce section of Albertsons, which had dispersed throughout the environment,” he said. “We immediately began with the evacuation and control mechanisms and found that the initial attempts by the store representatives were incorrect.”

Numerous attempts to get comments from store representatives were ignored.

Lewis said once the fire department was able to control the gas leak, crews then had to deal with the gas emanating throughout the facility.

None of the surrounding businesses were affected by the incident.

“The crews began ventilating the interior, but because evacuation hadn’t occurred immediately, we were then medically evaluating a number of store employees and anyone else who wanted to be checked out,” he said. “Store representatives summoned a repair person from Las Vegas to repair the refrigeration system and also they had corporate personnel come in and evaluate the extent of materials that had to be removed from the store.”

Lewis also noted though Freon is not a flammable material, the compound can affect the health of those who’ve inhaled the gas.

It’s a colorless, nonflammable and relatively odorless compound, though some types Freon gas have an ether-like odor.

Freon is a trade name for a class of chemicals known as Chlorofluorocarbons or CFC’s used as a refrigerant in air conditioning systems.

At room temperature, Freon is a gas, but it becomes a liquid when cooled or compressed.

“From a fire standpoint it wasn’t very significant,” he said. “We referred to our emergency response guideline, but the larger issue was that it’s more of an irritant to the respiratory tract and that’s what we were concerned about. We brought in additional medical units and they did a thorough evaluation for those who were in the immediate area.”

As crews were ventilating the store, several would-be customers were disappointed they could not do their shopping, as employees were busy throwing out contaminated food products exposed to the chemical.

One woman had traveled from Beatty to make a large purchase.

Additionally, an armored vehicle was also turned away.

The store was reopened just after 1 p.m.