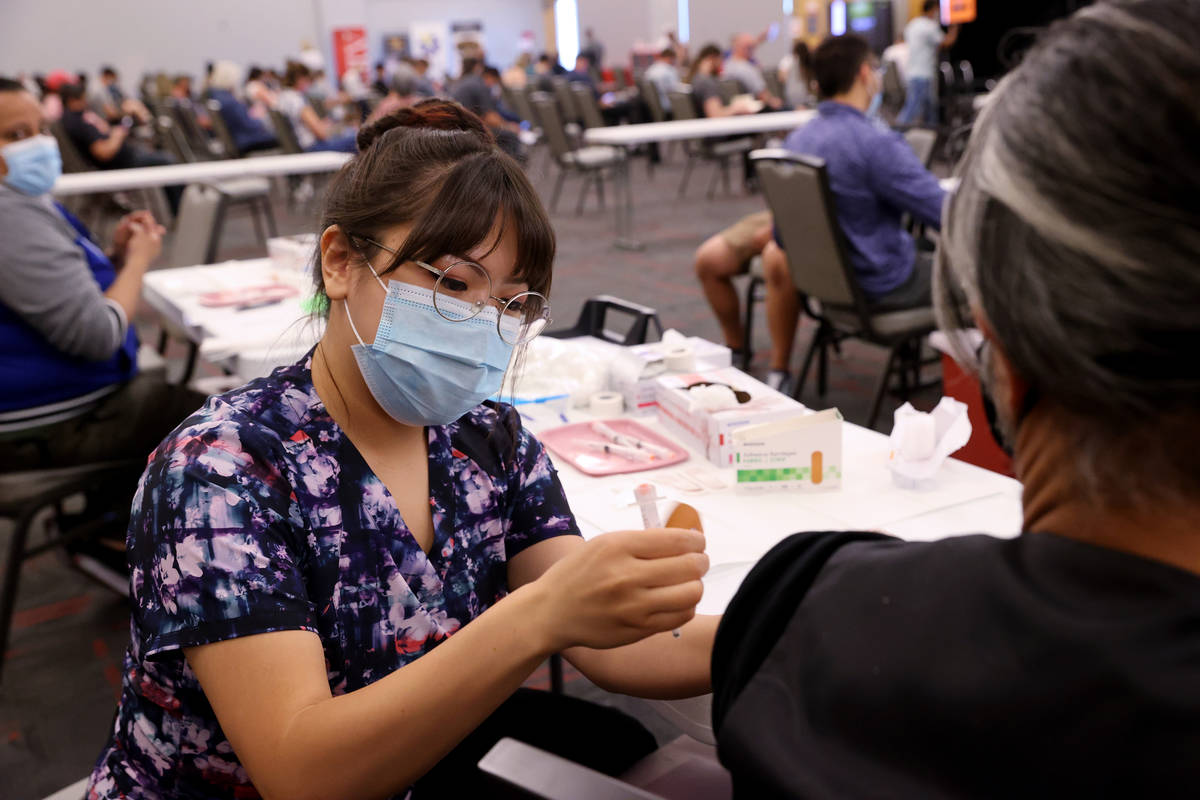 All three known cases in Nevada of a Brazilian coronavirus strain thought to be resistant to vaccine were Clark County residents, the Southern Nevada Health District revealed late Monday.

The first reported case occurred last month in a man in his 20s who did not require hospitalization and who reported having received one dose of vaccine, according to a news release from the district. It was unclear how the man might have become infected, or why the district did not disclose the case sooner. The health district did not respond to requests for further information.

Public health officials are tracking new strains or variants of the coronavirus because some may be more contagious, more lethal, or resistant to the current vaccines. New surges of disease in other parts of the world are attributed to increases in more dangerous variants as well as low vaccination rates.

P.1 is one of several “variants of concern,” according to the Centers for Disease Control and Prevention, which cites early evidence that antibodies developed through vaccination or prior infection may be less effective in neutralizing it. There also is some evidence that it may be more easily transmissible and less responsive to monoclonal antibody therapies.

As first reported by the Review-Journal on Friday, the first case of the Brazilian variant, in a 26-year-old man, was detected late last month by the Nevada State Public Health Laboratory at the University of Nevada, Reno’s School of Medicine. The lab conducts genetic sequencing or analysis on about 3 percent of the state’s positive COVID-19 tests.

The other two cases were reported late last week by the CDC, which conducts analysis on select samples from across the country.

“The health district has interviewed these individuals and conducted contact investigations to identify close contacts. Contacts of these cases are advised to self-quarantine and monitor their health for symptoms,” the news release states.

There have been about 500 cases of the P.1 variant detected in all 50 states, according to the CDC’s website, which has not yet been updated to show the Nevada cases.

The discovery of the P.1 variant is “not unexpected,” said Dr. Fermin Leguen, the district’s chief health officer.

“The variants are a reminder that we must continue to be vigilant about preventing the spread of COVID-19 by taking all of the steps we have been talking about for a year like wearing masks in public and when around others, getting tested, staying home if you are sick, and, now, getting vaccinated,” he said in the news release.