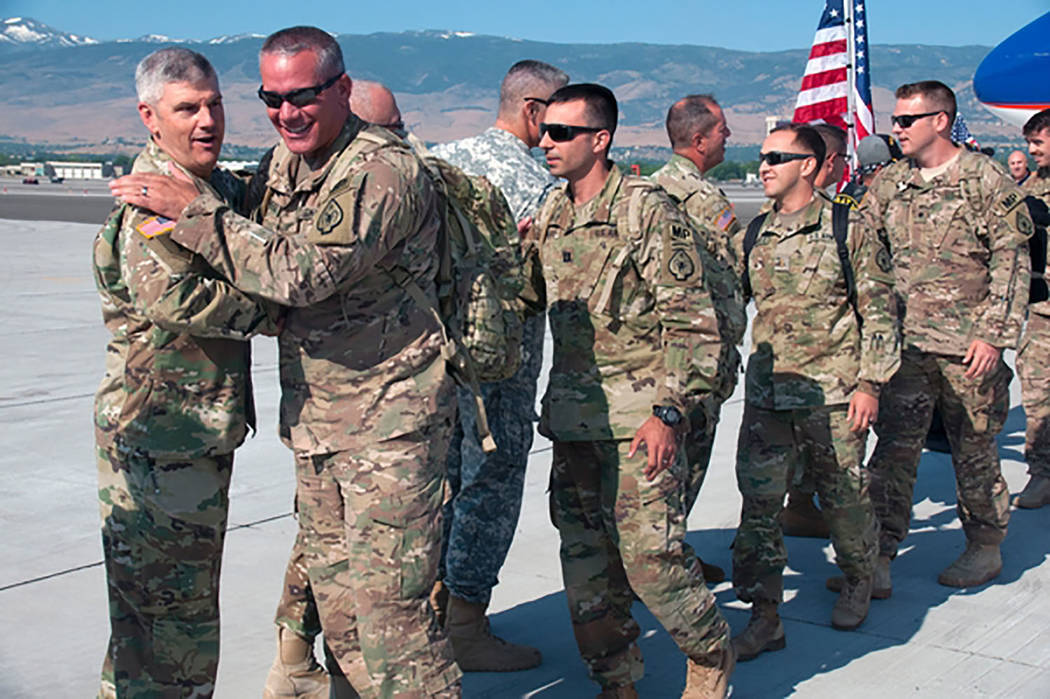 With the 485th Military Police Company’s return from Kuwait last week, nearly every soldier in the Nevada Army Guard is home to enjoy the Silver State’s summer.

The current homebound status of the Nevada Army is a sharp contrast to autumn 2015 when more than 460 Nevada soldiers were deployed abroad, the Nevada National Guard said.

About 90 soldiers returned to Reno on July 6 to the cheers of hundreds of family members and friends who turned out to welcome the northern Nevada contingent of “LawDawgs.”

The remainder of the unit’s approximately 110 soldiers flew into Las Vegas and other respective hometowns.

Headquartered in Reno, the 485th Military Police Company was the last of four Army Guard units tasked to complete international missions since 2015.

The 485th performed customs operations from October 2016 until June in Kuwait and other Middle East countries.

The unit assisted in the redeployment of U.S. military personnel and equipment from the Central Command Area of Responsibility to the customs territory of the United States in cooperation with Customs Border Protection, U.S. Dept. of Agriculture and the Department of Defense agencies.

The 485th completed over 3,500 customs missions concerning about $26 billion worth of equipment and valuables during its nine-month tour. The unit’s missions supported all branches of the U.S. military and its allies in far-flung locations including Kuwait, Iraq, Qatar, Bahrain, United Arab Emirates and Jordan.

The soldiers also supported Military Working Dog teams throughout CENTCOM by coordinating the teams’ movements within the theater of operations. They also assisted in missions in Oman and on behalf of Saudi Arabia.