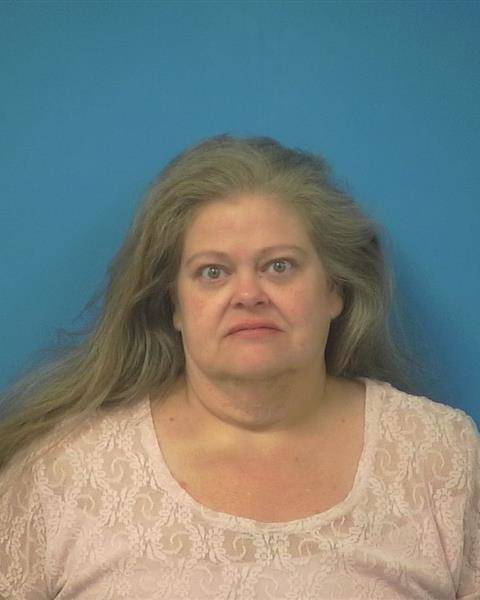 Shauna Le Gibbons was arrested on Thursday after she allegedly tried to lure children into her vehicle at Ian Deutch Memorial Park. Special to the Pahrump Valley Times

A Pahrump woman was arrested Thursday after she was accused of allegedly trying to lure children into her vehicle at Ian Deutch Memorial Park, authorities said.

Shauna Le Gibbons, 47, was charged with luring a child, unlawful contact with a minor, loitering in a public place and indecent exposure, the Nye County Sheriff’s Office said in a news release.

According to the sheriff’s report, Gibbons on March 16 requested some children to go to the Sonic with her. She also requested a drink of water from the children, police said. When the children approached Gibbons’ vehicle, she advised them to call her “Violet or Auntie,” records show.

A 16-year-old girl said the children felt “something was off” and they left to tell their mother.

The teen said that when the children were walking away from the car, Gibbons called a young boy to the car. When the boy approached the vehicle, Gibbons told him that “she would buy him McDonald’s if he got into the car,” the news release said. The boy’s father then grabbed him and left the scene.

After the teen told her mother about what happened, the mother confronted Gibbons and asked her to leave the park, but Gibbons refused, stating that she “had a right to be there,” records show.

The teen’s mother said that after the conversation ended, Gibbons began to leave but as she was doing so, she pulled up her shirt exposing a breast, the sheriff’s office said.

Deputies interviewed multiple witnesses who corroborated the girl’s account of the incident, according to a law enforcement report.

Gibbons was arrested when authorities later stopped her vehicle.

She is scheduled to be arraigned on March 28.