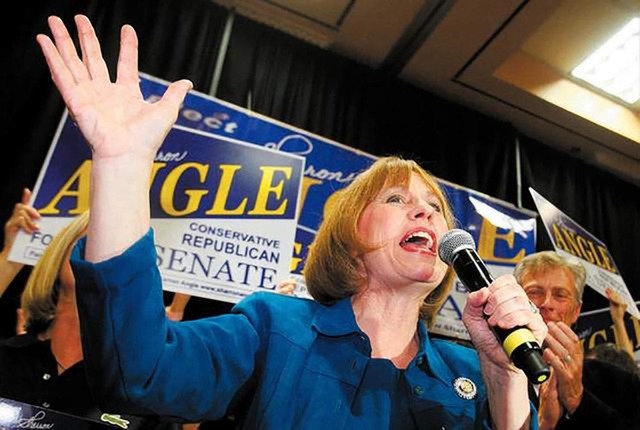 Sharron Angle will leave Our Voice PAC as she campaigns for U.S. Senate.

An Angle spokesman told the Las Vegas Review-Journal on Wednesday that a press release will be released soon that outlines the details, including who will lead the political action committee.

The Republican candidate, a tea party favorite, is making another run for the Senate seat that she lost in the 2010 general election to incumbent U.S. Sen. Harry Reid, D-Nev.

“Our Voice (PAC) will have absolutely no involvement in the U.S. Senate race in Nevada,” spokesman Todd Bailey said.

Our Voice PAC helped Stop the Sandoval Tax, a state PAC, in voter outreach efforts in 2015, when it opposed efforts of the Nevada Legislature in passing a $1 billion-plus tax increase backed by Gov. Brian Sandoval that raised money for public education. Bailey was chairman of the state PAC.

PACs aren’t allowed to coordinate with campaigns directly, but can spend in support and opposition of candidates.

The name of who will take over the PAC wasn’t available Wednesday. Bailey said the PAC, which also has supported candidates, is “going to keep doing exactly what it’s been doing.”

Angle is leaving for practical reasons tied to the demands of a full-time campaign, Bailey said.