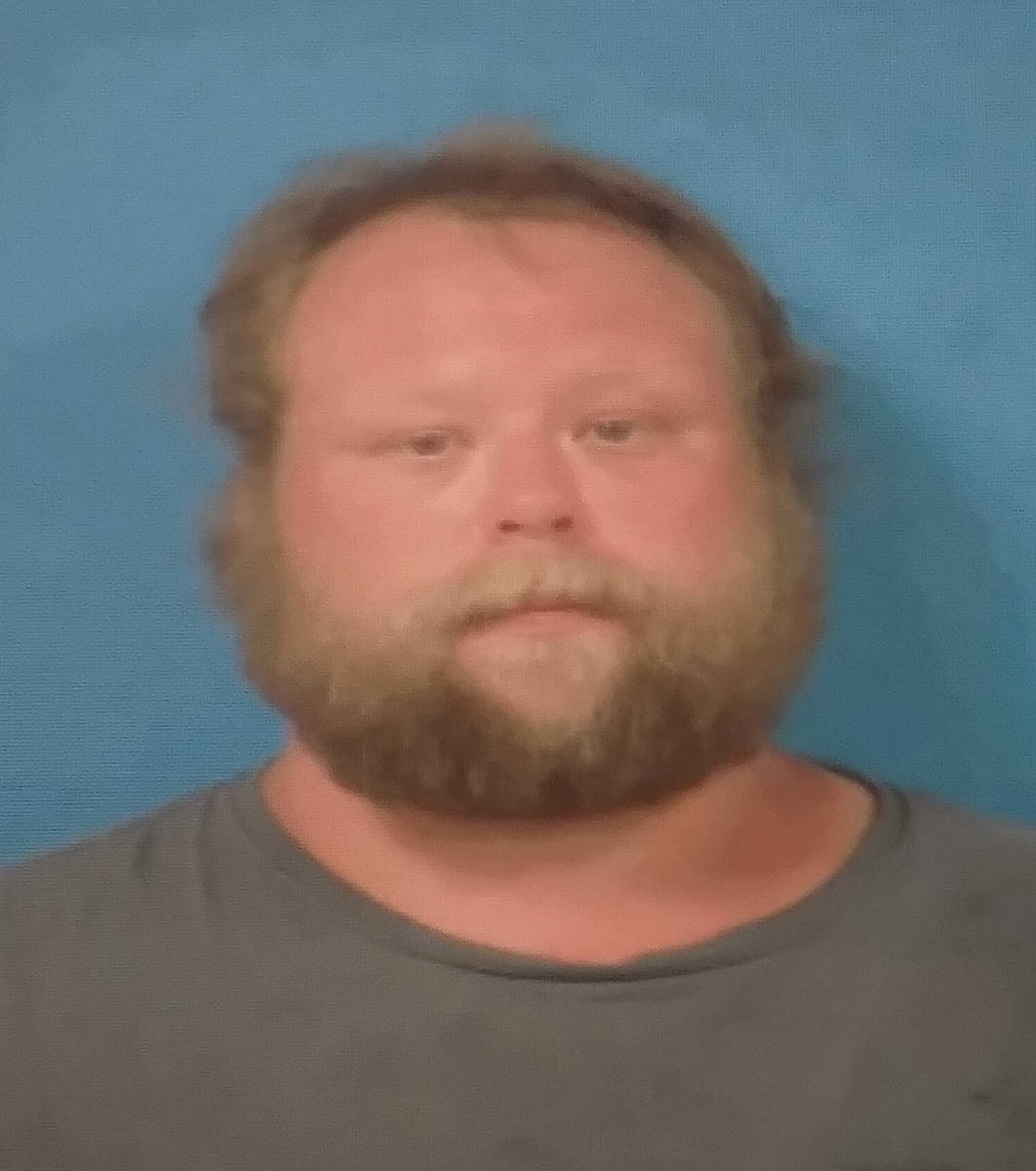 As stated in a Nye County Sheriff’s Office arrest report, Deputy Cody Murphy responded to a report of a deceased animal at the intersection of Basin Avenue and Dahlia Street just after 5 p.m., where upon arrival he met with an upset male, identified as Beary Smith.

The report also notes that while at the business, Smith told Murphy that the dog appeared to be in good condition, as it was provided with food, water, and frolicked with his minor children before the family continued on to Pahrump.

Additionally, the report noted that Smith told Murphy he put the dog in the cab of the truck, but when he was attempting to load his family into the truck, the dog jumped out.

The report went on to say that Smith told Murphy he last saw the dog up and moving around in the bed of the truck near the area of the cattle guards located on Highway 160 and Roadrunner Road, but by the time he arrived at Walmart in Pahrump, the dog was deceased.

While on scene, Murphy stated that Nye County Animal Control Supervisor Susan Ryhal arrived to assist in the investigation.

Ryhal, according to the report, used a new digital thermometer to take the internal temperature of the deceased dog and stated that the temperature started at 104 degrees and then rose to 109 degrees, before displaying the letters “HI.”

“Ryhal advised that based on her training and experience, the dog’s death fits the Nevada Revised Statute 574.100, that being animal cruelty,” Murphy’s report noted.

The vehicle that Smith was driving, according to Murphy, was a 2021 white Ford pickup, which did not have shade covering over the bed where the dog was confined.

“I did observe in the bed of the truck, food along with a bowl that Beary advised had water in it, and the bed was lined with a sheet of wood,” according to Murphy’s report. “Beary was found to be in violation of Nevada Revised Statute 574.100, when he willfully placed the dog in the bed of his pickup truck in 109-degree weather, with a currently issued excessive heat warning, issued by the National Weather Service in effect until 9 p.m. on June 5th, and traveled with the dog in the cruel heat, 44 miles to Pahrump.”

As a result of the investigation, Beary was ultimately placed under arrest and transported to the Nye County Detention Center.

He has since been released on a $10,000 bond, according to the detention center.