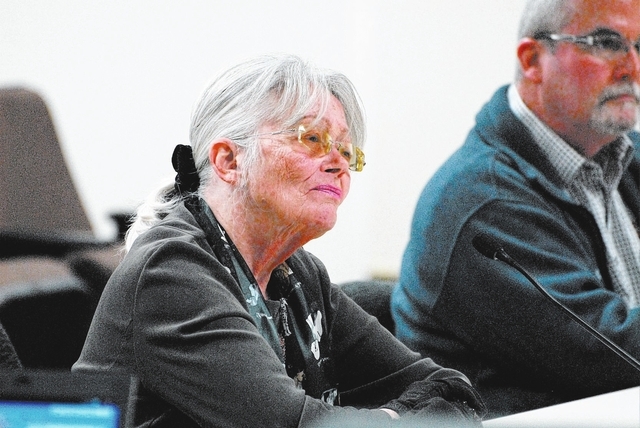 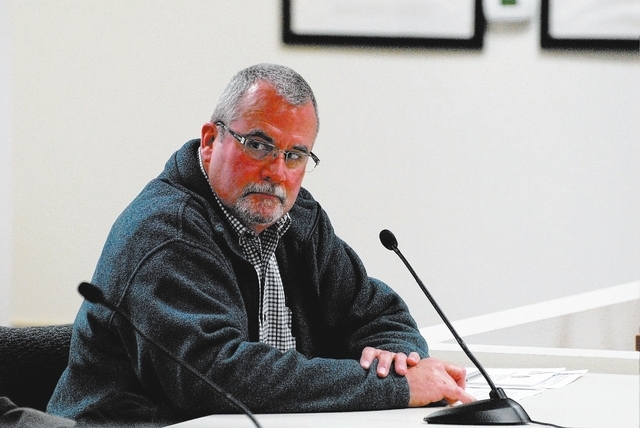 But Payne said at Tuesday’s county commission meeting that after county purchasing agent Judy Dodge and District Attorney Brian Kunzi got involved he was more reassured. Dodge said she filled in missing information like her resume and key personnel.

“This thing was not done lightly. There was way, way lots of hours put into it,” Payne said. “I think what’s put before you was not a leap of faith. What you have is a document that has parameters. It has target points that have to be met, reporting that has to be done. Comparisons to the past I don’t think apply here.”

Cronin was awarded a $225,000 annual contract by a unanimous vote without any comments from local animal groups. Nye County Comptroller Susan Paprocki said her contract is less than the budget for animal shelters, currently $245,541 annually for salaries and operations, which includes $13,000 for the Tonopah shelter.

“This is one of those services we are not required as a board to offer. It’s something that’s important but something we can do privately or through a public-private partnership,” said Commissioner Dan Schinhofen, who advocated privatization.

Cronin’s goals are to reduce the 60 percent euthanasia rate to zero percent of adoptable animals; run the shelter as a humane society; improve its image and $12,000 in the budget to prepare for a new facility that would encompass all animal welfare issues in one location.

“We looked into signing a lease for a 2,000-square-foot building next to All Creatures Animal Hospital that’s going to be used for additional services. That would be a one-time thing and the additional services would be an outreach center. It would also speed up the turnover of the animals at the shelter right now,” Cronin said.

“What we want to do is bring the adoptable animals to the place, also operate it as a resource center for humane education, for support, to get people in the community involved in the animal welfare here. I moved to Pahrump because I loved the way it was animal friendly. You do need a new shelter,” Cronin said. “At the end of the year, we’ll be able to get our own facility and make do and move these animals quickly to be more adoptable. It comes out a lot less expensive to adopt an animal out as to hold it and then have to euthanize it.”

Her objectives are to create a standard of care, improve the quality of life for animals at the shelter, involve community and corporate resources, involve the current Pahrump animal alliance, identify reasons animals are brought into the shelter, and work closely with animal control to reduce animals admitted to the shelter. Other goals include developing a close relationship with veterinarians to lessen the waiting time for adoptions like daily rabies vaccinations and institute a care program for injured animals.

County Manager Pam Webster said the county will propose putting together a lease for the animal shelter property with Cronin’s nonprofit 501(c)3 corporation. Cronin founded her current organization in 2008 in Midland, Texas.

There will be some one-time costs, like upgrading puppy pens and training volunteers to ASPCA standards.

Commissioner Frank Carbone wanted to see a long-range plan, to wean animal control from the county coffers, instead of a one-year plan Cronin proposed. He said the county doesn’t have the money to put in shelter improvements. Cronin said operations should cost less as her organization seeks grants.

Cronin says she wants cage cards that specify when an animal is up for adoption and a review of adoption application forms.

“It appears you have been doing this for several years and you’re doing an excellent job and you really like what you do,” she said.

Schinhofen said he hoped under private management there may be a chance to rescue more animals.