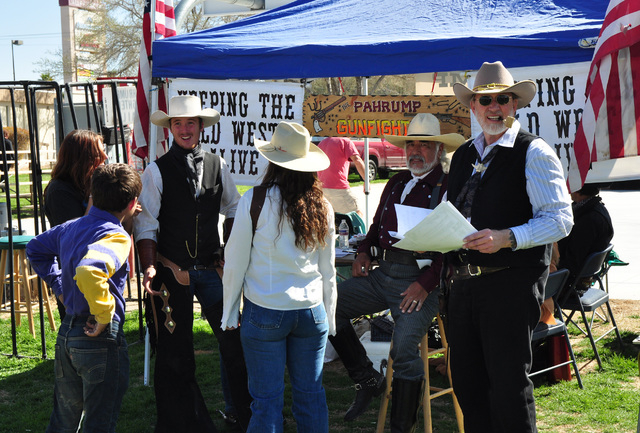 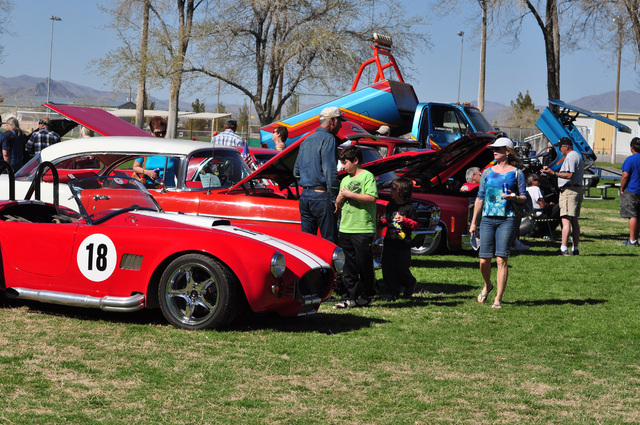 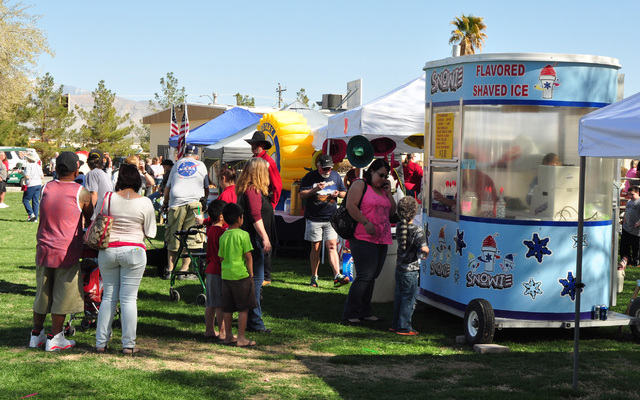 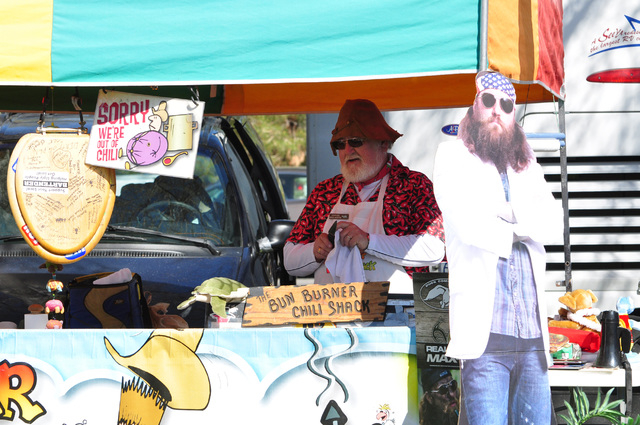 It’s the third year in a row the Senior Center was victorious.

The event, which drew more than 30 entries, is sanctioned by the International Chili Society, with prize money going to the best chili makers.

Organizer Ron Frazier said the cook-off attracted competitors from as far as Washington, Idaho and Colorado.

“The out-of-state folks travel to Pahrump every year,” he said. “With the ICS, we had 34 entries and by putting up $1,000 for first prize in the red chili category, it starts to draw folks in.”

The event also serves as a major fundraiser for Pahrump’s No To Abuse agency.

She said the entire staff is proud of Tiffany Lippett and Yolanda Briehof for conjuring up the awarding-winning recipe, which remains a secret.

“Not only do they put out great meals Monday through Friday at the center, they make a great chili and this is the third year we have participated in the cook-off and the third year to have come home with the first place prize,” Harris said. “I just want to thank all of the people who voted and give congratulations to all the winners. We are now looking forward to next year.”

“I love to cook so it’s not a hard job,” Briehof said. “The challenge is making it taste good enough to win and have the people enjoy my cooking.”

Lippett provided a brief, but to the point comment.

“We had a wonderful time and yeah, we did it again,” she said.

“It felt great and it was the second time that has happened, we tied for second place,” Frazier said. “Last year, Karen and I tied for second place and this year we did as well so next year I think I might just get two second place prizes. This makes three years in a row for the Pahrump Senior Center to win the chili cook- off. They did very well again this year.”

Frazier said the event is gaining more popularity each year.

“We had 24 entries last year and it rose to 34 this year so it is growing,” he said. “The year before that we had 20 cooks and we served about 7,500 samples of chili. This this is our biggest fundraiser for No To Abuse. The golf tournament next year is also part of this so we plan on continuing.”

Roughly four years ago, Frazier said he and Jackson began the cook-off as a local event to benefit No To Abuse.

“Three years ago, the Silver State Chili Cook-off was kind of just lying around and Fred Weiland was the one who initially turned it over to me and we did it for the Pahrump Chamber of Commerce,” Frazier said. “The chamber dropped it and we picked it up and we’ve been running it ever since.”