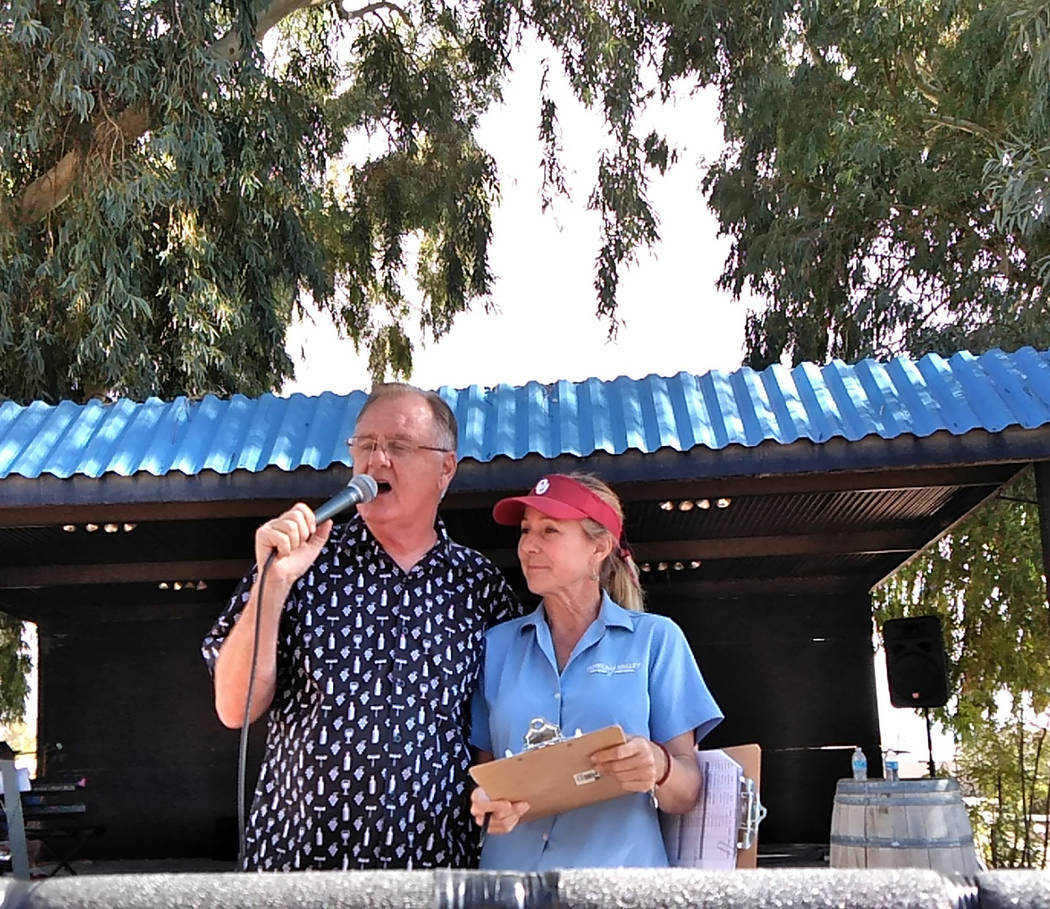 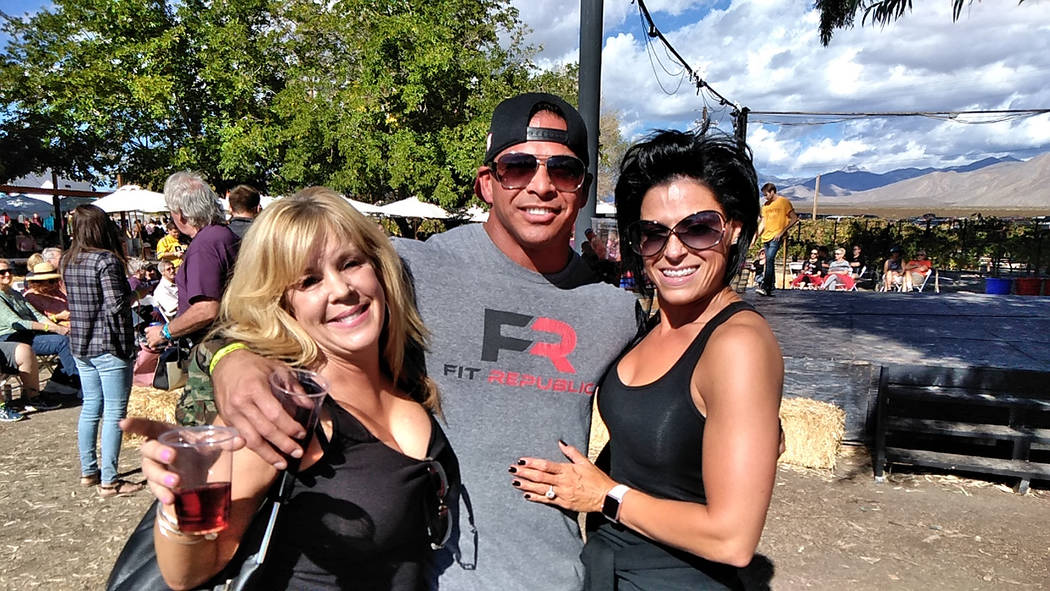 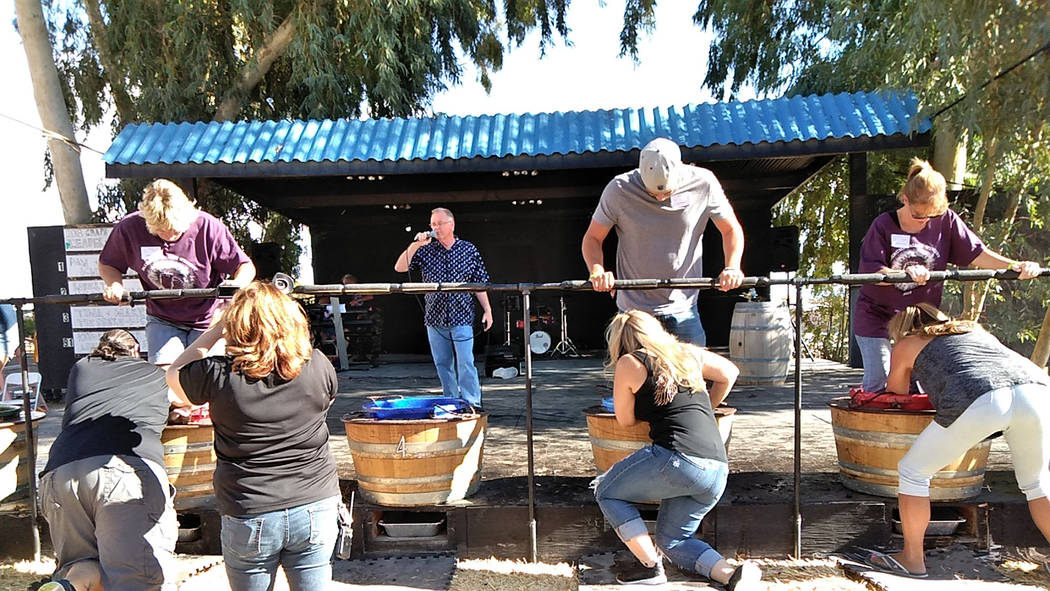 Selwyn Harris/Pahrump Valley Times 150 teams competed over the weekend. “They get all sloppy and sticky and all they receive is a cheap plastic trophy, but it’s all about bragging rights," winery owner Bill Loken said. The Las Vegas band Chyna provided musical entertainment during the popular event. 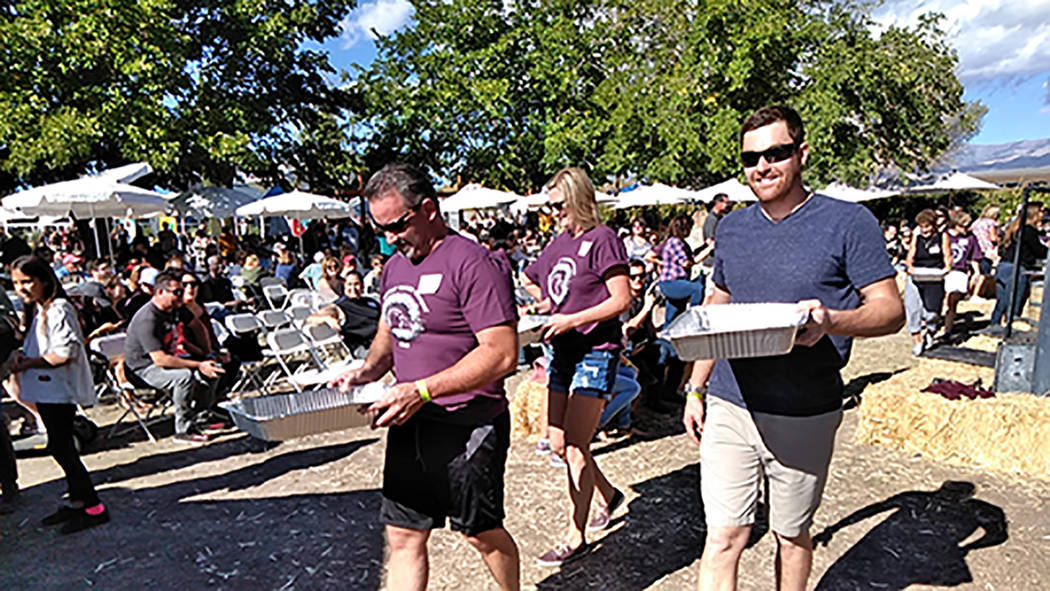 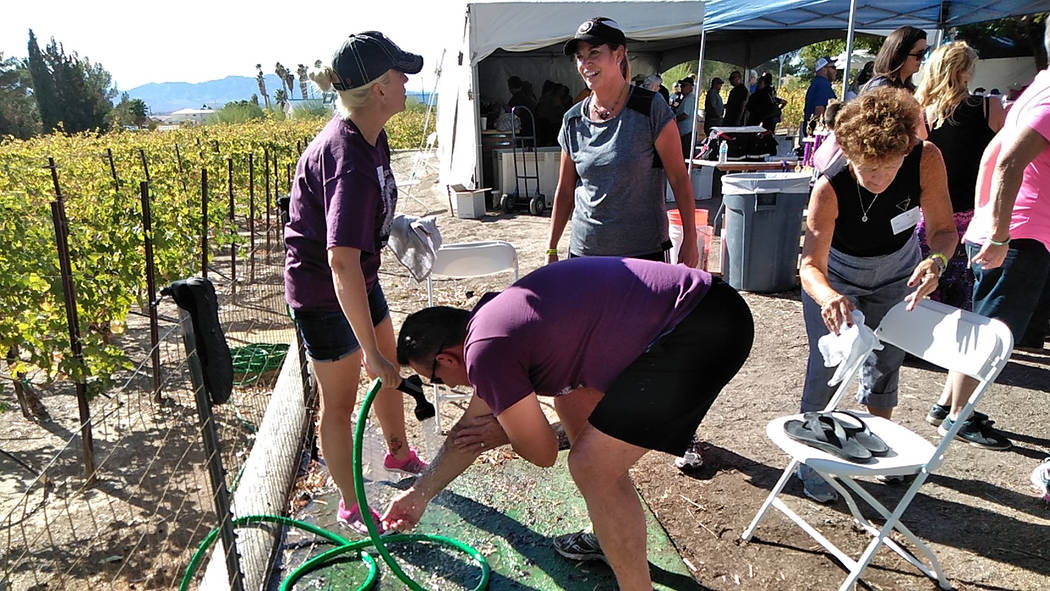 “We had a very great turnout, and I think Saturday we were probably pushing around 1,700 or 1,800 people,” he said. “On Sunday, I’m guessing it was probably close to a thousand. We usually have about 30 vendors every year and this was no different. The vendors love it and they say this is one of the best events that they do. Actually, the Grape Stomp has evolved over the years. I can remember back in the day when we were lucky to get maybe a hundred people to attend the Grape Stomp.”

Though most attendees were local residents, Loken also said many out-of-town visitors descended upon the popular two-day event.

“I had about a dozen guys that I served with in Vietnam who came out to spend the weekend,” he said. “They came from as far as Miami, North Carolina, Montana. It was quite humbling. I attribute our success to the fact that the winery keeps getting better known every year. People talk about it throughout the year and they bring their friends. It has grown organically that way, through word-of-mouth.”

Kirsten Meador and friend Brandon Hammer drove in from Las Vegas for the event.

Both actually competed in the Grape Stomp.

“This is my second time visiting the Grape Stomp,” Meador said. “It is awesome and I love the fact that the Wine Ridge cottages are right here by the winery and we are staying there. Everything is right here so you don’t have to drive anywhere. It is so much fun and you guys do a fantastic job. I’m also sampling all the wines that they have out here. I’m a wine drinker, so I am having a great time.”

“I’m not really a wine drinker, but I am today,” Hammer said with a laugh, as he held aloft a glass of burgundy. “This is really good. I didn’t know much about the Grape Stomp until I came out here. We got our tickets a few months ago, but coming out here is great. We are having a really great time.”

Loken meanwhile noted the event serves as a great way to get out on an early fall day when the grape harvest is complete.

“It’s, in fact, a celebration of the end of the harvest,” Loken said. “A lot of wineries have some kind of festival in the fall, it may be a grape stomp, a harvest festival or something along those lines.”

In regard to the competition, Loken said the turnout was amazing.

“We had over 150 teams this year,” he said. “They get all sloppy and sticky and all they receive is a cheap plastic trophy, but it’s all about bragging rights. The people who won this year really did a tremendous job and really stomped a lot of juice. We also sold a lot of wine over the weekend. We don’t have the final count, but I think it’s going to be around 450 cases total.”

Coming off a recent expansion project at the winery, Loken noted that he’s incredibly proud of the fact that Nevada is producing a lot of quality wines with grapes grown exclusively in the Silver State.

“In 2005, we only harvested one ton of Nevada grapes, but this year, we harvested over 40 tons of Nevada grapes,” he said. “We would expect that with the other vineyards coming online next year for the 2019 harvest, I wouldn’t be surprised if it was at least 50 or 60 tons. It will keep growing every year after that as more vineyards come online. We have worked with a number of landowners to install vineyards over the last five years or so, and now it is starting to pay off.”

On a final note, Loken wanted to give thanks to the local community for supporting the business he and his wife Gretchen purchased back in 2003.

“There’s a lot of people who live here in the valley who come out every year,” he said. “It’s just really kind of our way of saying thanks to everybody. It’s really nothing more complicated than that. The expansion is now complete and we are absolutely elated with the way it turned out with the new equipment, the new tanks, and bottling lines. It has really changed our life.”