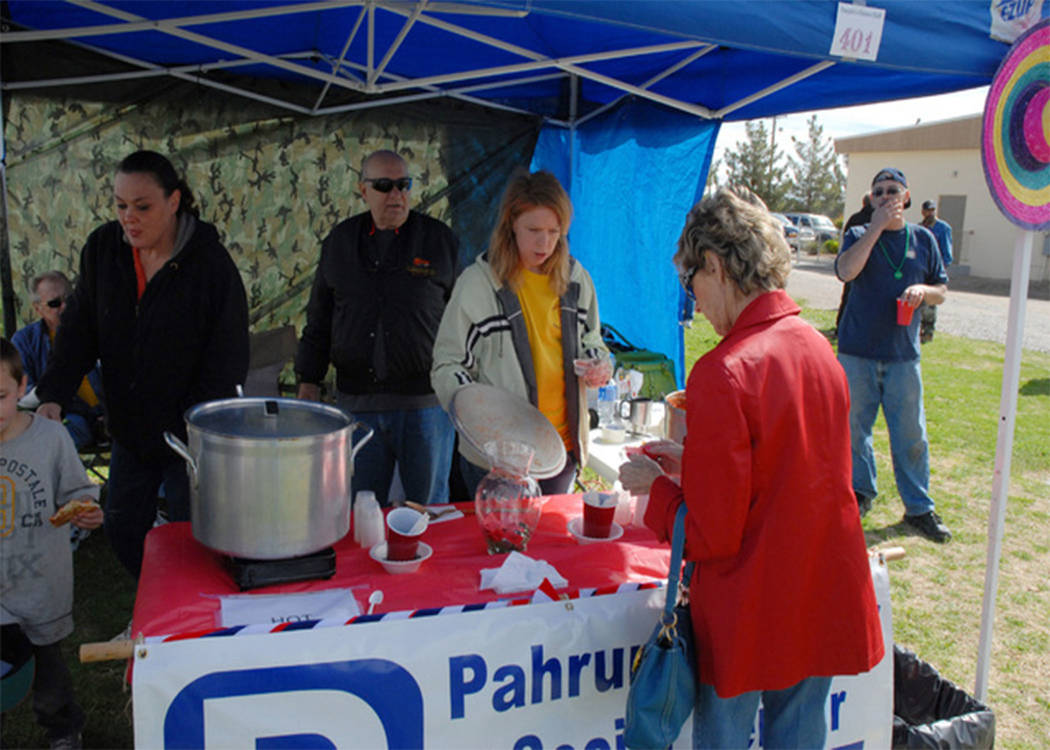 Officials from the Pahrump Senior Center serve up a cup of their award-winning chili during last year’s event. The senior center has taken home the Judges’ Chioce award four years in a row, earning the distinction of Grand Champions for their efforts over the years. Selwyn Harris / Pahrump Valley Times 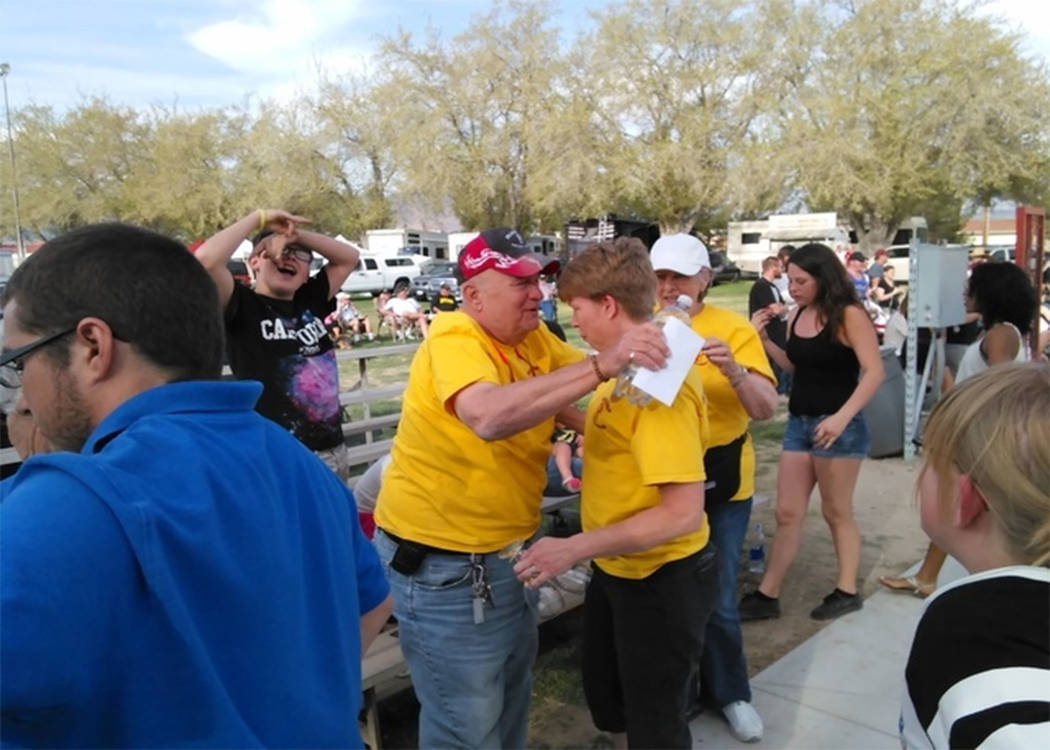 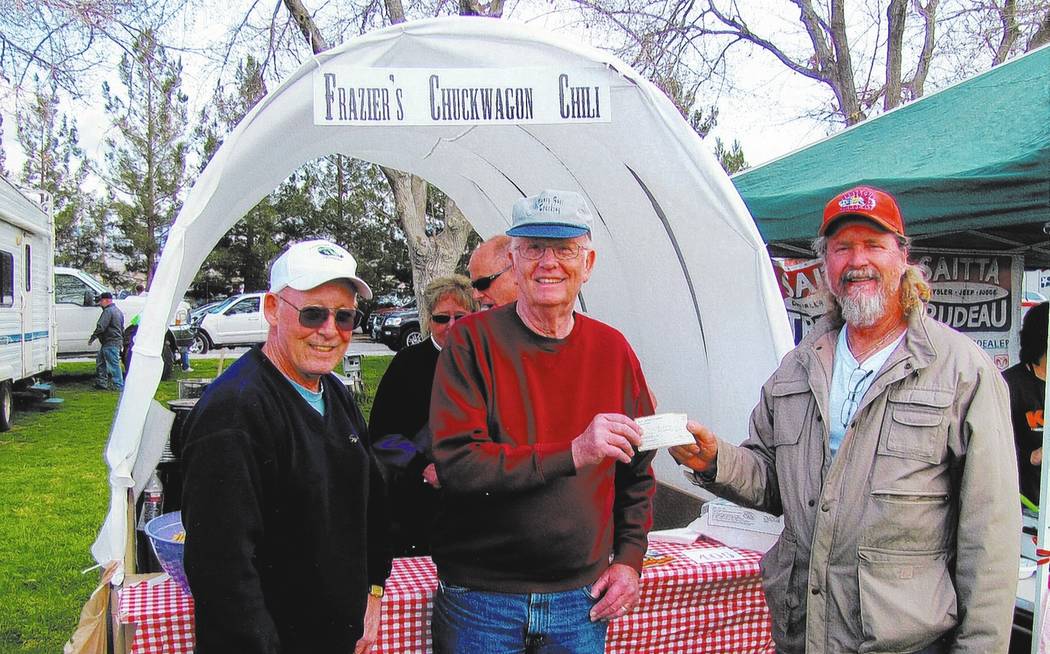 Petrack Park on Saturday will be ground zero for some of the best prepared chili in Nevada, as the 6th annual Silver State Chili Cook-off returns.

The event is a benefit for Pahrump’s No To Abuse agency.

Organizer Ron Frazier said the contestants will have a later start time this year.

There are prizes up for grabs for the International Chili Society (ICS) entrants as well as for the amateurs.

“It gives the amateur cooks enough time to get their entries into the judges for judging,” he said. “This year we will start serving chili at 10 a.m., because 9 a.m. was a little bit early. They will start firing up the stove for the International Chili Society at 9 o’clock. The final judging for that will be at 3 p.m.”

At present, roughly 20 ICS contestants have entered the cook-off, while 15 amateurs have signed on to compete.

Aside from local contestants, several are also coming in from Las Vegas.

“For the amateurs, the prize is $100 for Judges’ Choice and $100 for People’s Choice,” he said. “We also have a lot of new vendors that are coming and a lot of amateur cooks. This year we plan on having plenty of chili for everyone to taste all day. We also have a car show happening and the cars will start arriving around 9 a.m. so if people come early, they will have something to see.”

Returning to the cook-off this year is the Pahrump Senior Center, who earned the distinguished title of Grand Champion following last year’s competition.

The Judges’ Choice award tastings are blind, thus they are not aware of who made what entry.

“The Grand Champion designation is a better award than first place because it means that you’ve won more than three years in a row,” Frazier said. “There is a special plaque that goes with that distinction.”

“I think a lot of people in the community know that Karen Jackson and I are still having our feud even though I beat her last year,” he said. “It’s all good-natured and in jest.”

The Pahrump Gunfighters and the Nevada Silver Tappers are scheduled to make an appearance on Saturday.

“The entertainment is going to be provided by the Pahrump Valley High School music department,” he said. “They are going to perform all different types of music so we are really thrilled to have them.”

Frazier also said today is the deadline for those interested in becoming a vendor or contestant.

Applications are available at the offices of Pahrump Life Magazine, located at 3340 South Highway 160 inside the American First National Bank, Suite 200.

“I have some entry forms for each on the outside of our doors because I will be busy doing a lot of things on Friday,” he said. “They can pick up the entry form, attach a check and slide it under the door. We will carry that through Friday and I will check those on Friday evening.”

For more information on becoming a vendor or contestant call Frazier at 775 764-7569.