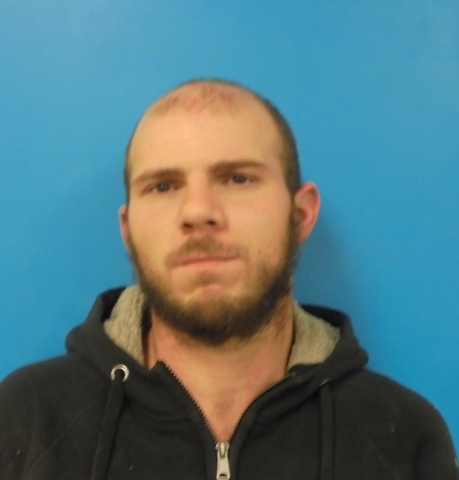 Another adult has been arrested in connection to the pair of juveniles accused of attempting to sell stolen guns last week.

Alan Hare, 29, of Pahrump, was apprehended by the Nye County Sheriff’s Office and charged with a preliminary count of selling a firearm to a minor.

NCSO detectives from the general assignment and street crimes divisions have continued to investigate an illegal firearms sale that occurred last week on Savoy Street and have identified multiple suspects and have seized an abundance of evidence.

Evidence discovered in their investigation includes trafficking amounts of narcotics and several firearms.

The investigation led to the arrest of Hare for selling a firearm to one of the original, underage suspects.

The firearm in question was recovered several days ago while serving a search warrant on the 1000 block of east Gamebird Road, which also led to the arrest of 18-year-old Jacob Valine. Valine was charged with several preliminary counts related to the case.

Detectives discovered that the firearm had exchanged hands multiple times among several involved suspects who are legally prohibited from owning a firearm.

The ongoing investigation began last week when a woman called the sheriff’s office to alert them that two male juveniles, one 16-years-old and the other 17-years-old, attempted sell her alleged stolen guns at her home.

The 16-year-old was arrested on the scene but the 17-year-old escaped the from the scene, but later turned himself in. Both were charged with multiple preliminary charges.

The investigation revealed that the two juvenile suspects and the seized firearms are connected to a larger case which involved the theft of a large amount of weapons from a Pahrump residence in 2015.

The investigation is ongoing. Anyone with information regarding this case is urged to contact Detective Cory Fowles at 751-7000, or anonymously at ncso_detectives@co.nye.nv.us.