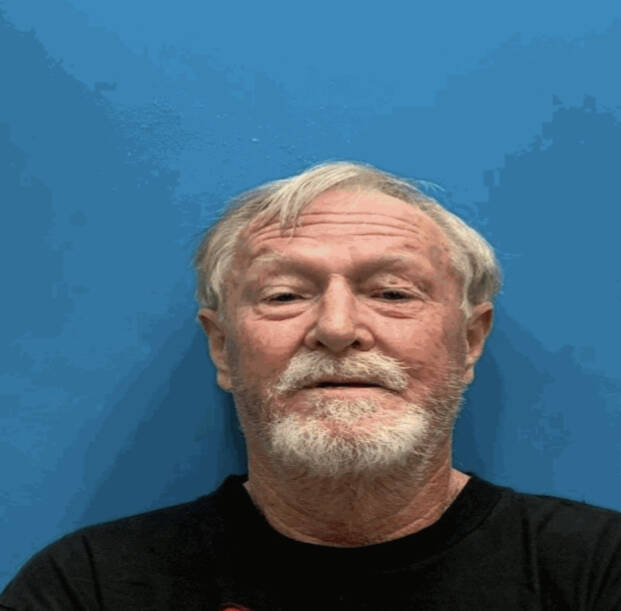 A man who allegedly posed as a Drug Enforcement Agency officer was taken into custody after reports of him displaying a handgun on the countertop of a local bar.

According to a Nye County Sheriff’s Office arrest report, the incident occurred at approximately 8:35 a.m. on Saturday Aug. 13, when deputy Cory Buendicho was dispatched to the Hubb Bar located at 3720 W. Bell Vista for a person with a gun, according to a sheriff’s office report.

Upon arrival, Buendicho made contact with the man who was identified as Jeffrey Hatfield.

The deputy located a firearm directly in front of Hatfield on the bar’s countertop, according to sheriff’s report. Hatfield reportedly told law enforcement that the firearm belonged to him.

When deputies asked Hatfield about the firearm on the counter top, he replied, “I’m a DEA agent,” according to the report.

While continuing to speak to Hatfield, he stated multiple times that he was an agent with the Drug Enforcement Agency, according to the report, but while patting him down for weapons, deputies noted nothing that resembled DEA credentials.

“I asked Jeffrey if he had his badge on him, Jeffrey replied ‘no.’ I then asked Jeffrey why he didn’t have his badge. Jeffrey’s explanation was that he was undercover. Jeffrey was unable to provide any sort of resource or documentation to support his claim of being a drug-enforcement agent,” the deputy noted. “I gave Jeffrey a chance to explain himself, but he was still unable to provide anything to prove that he was employed with the Drug Enforcement Agency and continued stating that he was an agent with the Drug Enforcement Agency.”

Hatfield was placed into custody and transported to the Nye County Detention Center.

While driving there, Hatfield reportedly told the deputy that he was deputized by the Drug Enforcement Agency and that all Nye County Sheriff’s Office deputies were federal marshals.