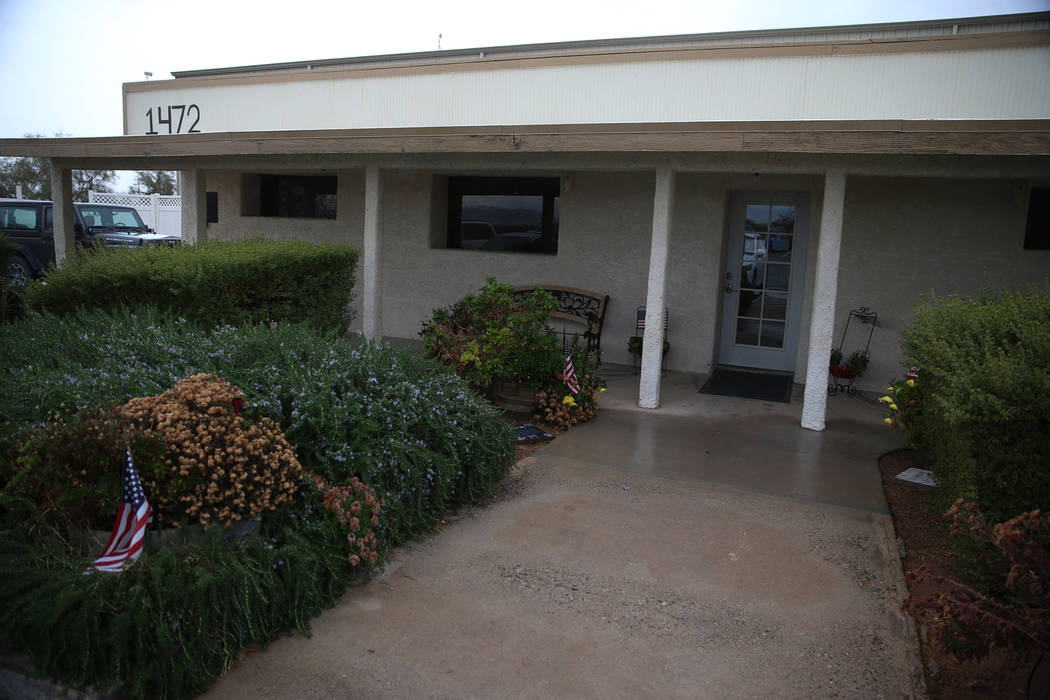 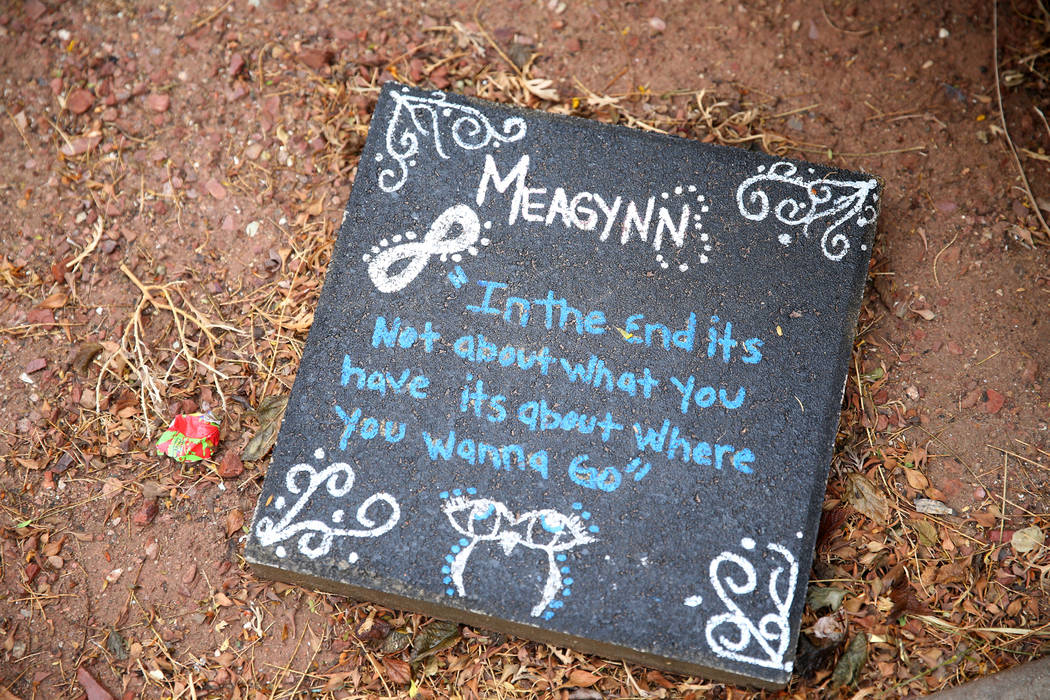 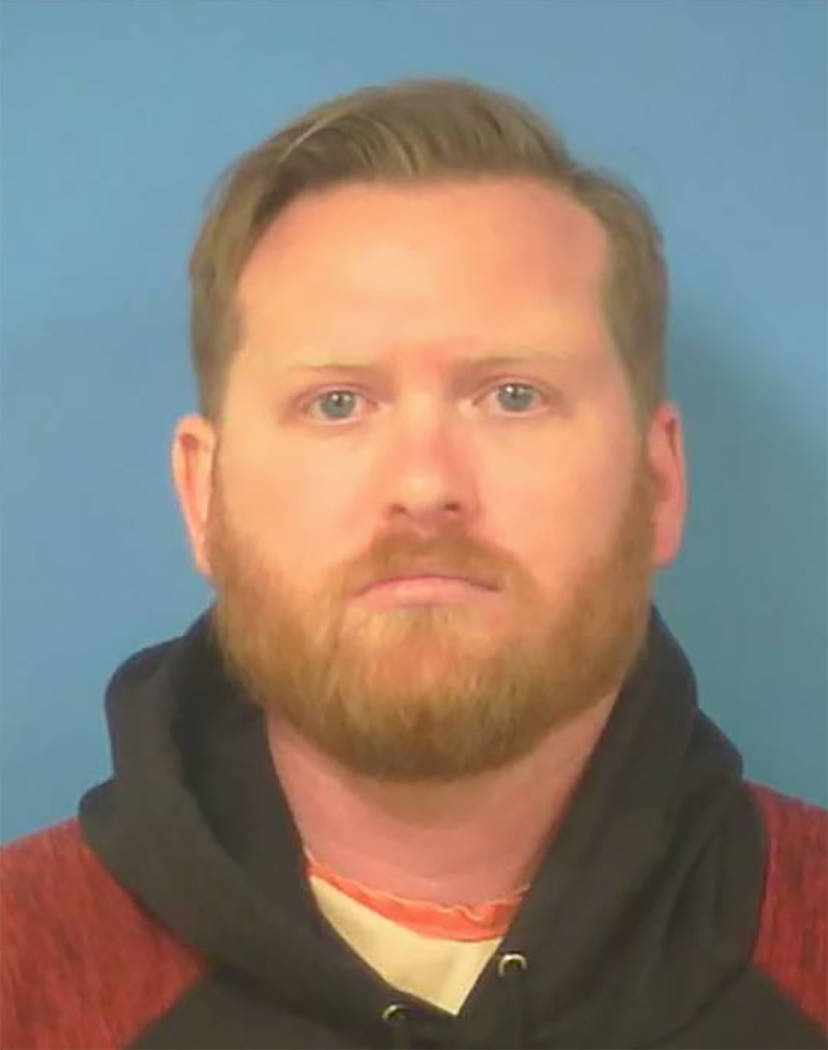 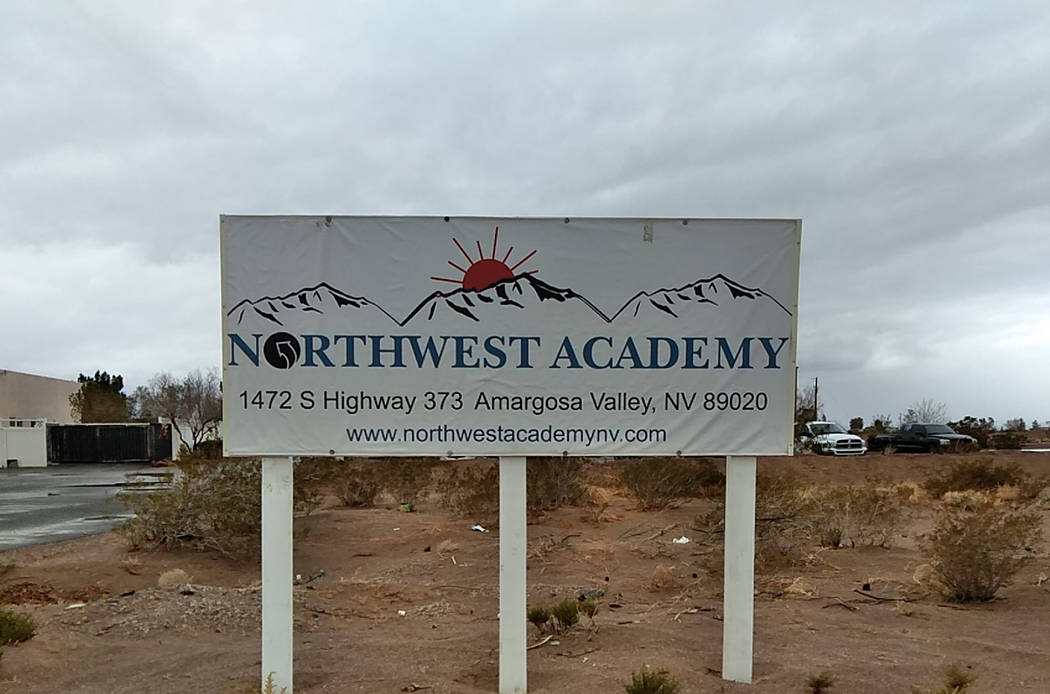 Selwyn Harris/ Pahrump Valley Times Aside from assault allegations at Northwest Academy, NCSO detectives learned of arsenic contamination within the facility's water system when students developed rashes after taking showers. As a result, detectives requested medical professionals to respond to the facility in order to conduct examinations on the juveniles.

Nye County Sheriff’s Office detectives have launched dual investigations into what is described as a private boarding school for at-risk teenagers in Amargosa Valley.

On Jan. 28, detectives began the investigation at the Northwest Academy facility located at 1472 Highway 373, in reference to allegations that staff was using excessive force on juveniles, according to a news release issued by Sgt. Adam Tippetts.

One staff member, identified as Pahrump resident Caleb Hill, 29, of Pahrump, was eventually arrested on a child abuse charge.

“The juvenile, 14, described being picked up off of the ground and thrown to the floor,” Tippetts said. “On January 29th, Nye County Sheriff’s Office detectives served a search warrant at Northwest Academy, accompanied by staff from the State of Nevada Division of Child and Family Services. All students and on-site staff members were interviewed.”

During the course of the interviews, Tippetts said detectives received numerous complaints from students concerning the level of force used by Hill.

Detectives, according to the release, identified instances in which staff went “hands-on” with students on numerous occasions, where Hill acknowledged that the tactic was against school policy.

“During that investigation, detectives spoke with students who claimed they had injuries and broken bones, generally toes, for which they were refused medical care,” Tippetts said.

During the interviews with students and staff, detectives also learned that the water system at the academy was contaminated with arsenic and other harmful substances.

As a result, detectives discovered that staff was providing bottled drinking water to the juveniles, but limiting them to only three small bottles of water per day.

Multiple juveniles, according to the release, reported that rashes had developed on their skin, which they believe was caused from showering in the contaminated water.

Tippetts said detectives then requested medical professionals to respond to the facility in order to conduct examinations on the juveniles.

“These examinations were limited to the child’s complaints, which uncovered multiple injuries to the juveniles that required medical attention,” Tippetts said. “In addition, the doctor provided a preliminary determination that the widespread rashes among the juveniles were linked to the contaminated water. The doctor also stated that three small bottles of water per day was insufficient. The water is currently being retested for current arsenic, fluoride, and nitrate levels.”

As a consequence, detectives obtained information from the State of Nevada Department of Environmental Protection that as of the last water testing at Northwest Academy on Nov. 6, 2018, the arsenic levels in the water were more than three times the drinking water standard.

It was further learned, according to the release, that Northwest Academy stopped treating the water on or about October of 2016.

“The Nevada Department of Environmental Protection Bureau of Safe Drinking Water began attempting to work with Northwest Academy to bring the water system back into compliance with safe drinking water regulations in early 2018,” Tippetts noted. “They were given a deadline of Dec. 31, 2018. As of Jan. 28, 2019, Northwest Academy is still out of compliance.”

Additionally, the Nye County Sheriff’s Office obtained and executed a search warrant for blood and hair samples from the juveniles to test for arsenic and other potentially harmful substances they may have been exposed to while housed at Northwest Academy.

“Parents were notified of samples taken, the reasons for the samples, and that they could come and check out their children if they chose,” Tippetts said.

The Nye County Sheriff’s Office is continuing the investigation.

Anyone with information related to the investigation is asked to email sheriff@co.nye.nv.us or call 775 751-7000.